Based on the best-selling book, Amazon’s new all-ages series “The Dangerous Book for Boys” is a whimsical journey that places the viewer in the path of a young boy’s wide-eyed outlook on life, as guided by the teachings of his recently-deceased father. Both heartfelt and heart-wrenching, the six-episode Season 1 is perfect for a “family movie night,” and while it’s entertaining for kids and adults alike, it also introduces audiences to the next generation of young actors, including the extremely talented Kyan Zielinski, who plays eldest brother Liam McKenna.

We recently sat down with Zielinski to discuss the fun of getting to perform in such fantastical settings, the biggest lesson he took from the production, and why he’d volunteer to put on the Iron Man suit in the next generation of Marvel movies.

TrunkSpace: “The Dangerous Book For Boys” is a comedy, but it also deals with some heavy subject matter. How much was the tone of the series discussed with you before you stepped foot on set and how much of that went into finding who Liam was as a character?
Zielinski: We talked about it at the first table read and on the first day on set before we went upstairs to the house, but they also wanted us to create that personal side to it, as the character, and explore how our individual characters would act in this kind of situation. It was really cool to be able to develop my character from the beginning and that they gave us some room to be creative.

TrunkSpace: There’s also a whimsical fantasy element to the series, and yet as characters, the McKenna boys are very much grounded in reality. Did getting to bring that real-world honesty to these fantastical settings and scenes enhance the experience for you?
Zielinski: Yes, absolutely! Going from a Texan saloon to the next scene where we’re going to school was super cool! This show was like nothing I have done before. I mean, traveling to the moon, being around a llama, and all of the other crazy fun things we explored was amazing!

TrunkSpace: Incredibly talented people are involved in this project both in front of the camera and behind the scenes. Did you view your time shooting the series just as much an education as you did a job, and if so, what is something that you learned, either in performance or process, that you’ll carry with you through the rest of your career?
Zielinski: I did! I learned a lot on the production of Dangerous Book. In Episode 103, in the scene where Liam initially gets 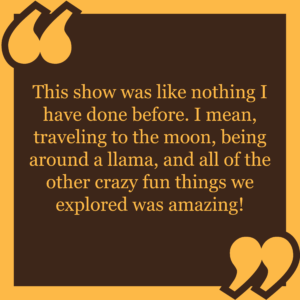 hexed by Tarot cards, he walks backward into a lamp. Chris Diamantopoulos gave me a tip. He taught me that when doing something like that, you can reverse the action and walk back to your initial mark, while counting how many steps you take so that when performing the act, you can know exactly how to time it. This was especially helpful in my case because I was saying a line while walking backwards. That’s just one example. Every day on set was a learning experience as everyone on the project was phenomenal – actors and crew.

TrunkSpace: Is it exciting to be involved in a project like this and be able to sit back and watch as viewers can sort of consume and digest it all in one sitting? Does the binging experience for an audience change the acting experience for you?
Zielinski: It is very exciting to be in a project like this because it doesn’t feel much like a television show while shooting. Quite honestly, it felt more like we were filming a long movie. When you’re a viewer sitting back and watching the show’s episodes back-to-back, you don’t have to wait a week before you can watch the next episode and there’s not a concern of you possibly forgetting what happened in the previous episode. Also, for me as an actor in the show, the response is immediate, and that is pretty cool that I can just see what people think after Day 1. It’s very rewarding.

TrunkSpace: You have a number of other projects in the works, including the horror film “They Reach,” which sounds pretty awesome. Are you enjoying getting to play in different genres and experience different approaches to your craft?
Zielinski: Yeah, each genre is very different. Like in horror, the formula is completely unlike comedy and drama in so many ways. I really enjoy stretching as an actor and adapting into very different scenarios. I hope to have a very versatile acting career. 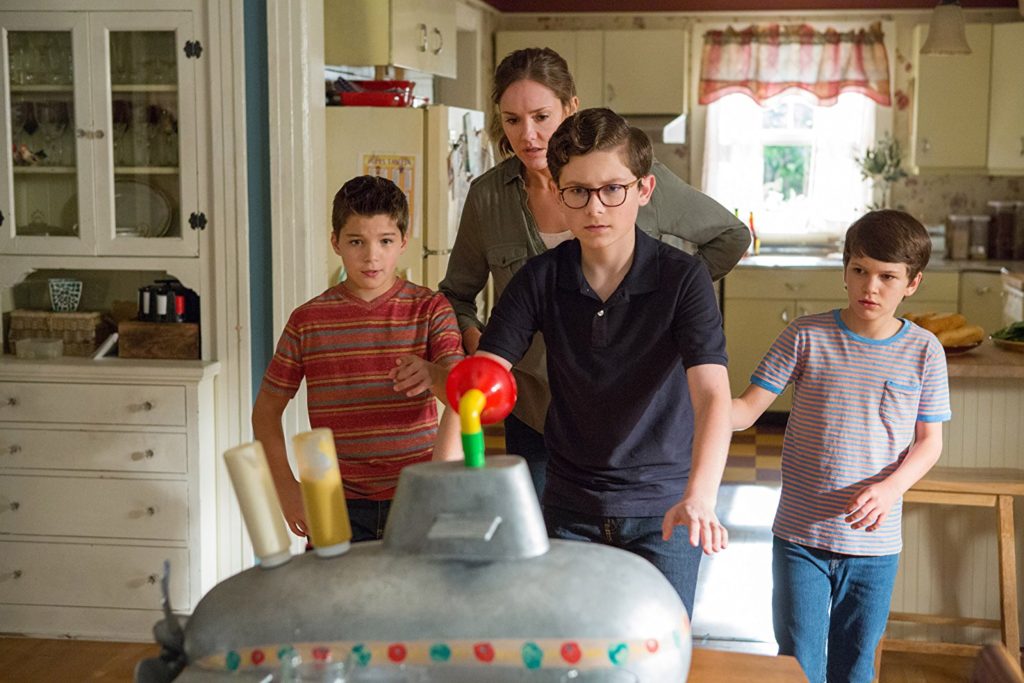 TrunkSpace: What is your process to finding a new character you’re presented with and learning who he is and how to portray him?
Zielinski: I read through the material I’m given for the character and story and try to make a connection in my own way from my own life. Whatever it is, an entire film script after I have booked the job, an entire episode of a show, or just the audition sides, I read through it and think about what the writers have already established with my character and what the given arc is in the story. After that, I fill in the gaps and brainstorm on a possible backstory for my character if one is not given.

TrunkSpace: As you look forward in your career, are you setting goals for yourself or are you more interested in putting in the work and letting fate play a hand in where it takes you?
Zielinski: I set plenty of goals. I work best when I have deadlines and structure. However, while I have a good idea of what I want to accomplish and where I want to go, I also let fate play its hand and can’t wait to see what opportunities lie ahead.

TrunkSpace: Super hero movies continue to wow audiences. If you could step into the shoes of any comic book character, who would it be and why?
Zielinski: I would become Iron Man, Tony Stark. I think that out of all comic book characters I am most like Iron Man because we both are very mathematical. I also think that his flying metal suit is pretty awesome, so there’s that.

TrunkSpace: Finally, Kyan, you’re still so young with so much career ahead of you… what is it that interests you most about acting at this stage in your life and do you see yourself maintaining this path or do you have other career interests that you hope to pursue as you get older?
Zielinski: I love being able to create and transform into other people. I do see myself following this path for a long time, but eventually switching over to writing and directing, but still in the film/television industry. I love all sides of filmmaking including but not limited to camera operation, editing, and directing cinematography. On YouTube, I get a chance to be creative and play every position of filmmaking on my channel, Kyan Zielinski Vlogs, so I really enjoy doing YouTube videos as well.

“The Dangerous Book For Boys” is available now on Amazon.