Playing a conniving and dangerous “bad ass” did not come naturally for Daya Vaidya. In order to understand the character Jen Kowski from the series Bosch, the Oakland-raised actress spent a week preparing for the audition that ultimately led to her being cast, proving once again that preparation pays off.

“So by the time I finally got the role, I feel like I already had her in my body… then it was just about putting myself into the circumstances of what was happening in the story,” she said in an exclusive interview with TrunkSpace.

Season 6 of Bosch is currently available on Amazon Prime Video.

We recently sat down with Vaidya* to discuss the diverse Bosch fandom, the bittersweet goodbye on the horizon, and the Lance Reddick effect.

TrunkSpace: Season 6 of Bosch recently premiered. From our count, that brings you to about 20 episodes of playing Jen Kowski. What is it like getting to spend that much time with a singular character? At what point do you start to know her in a way that makes understanding her motives and actions as seamless as you do your own?
Vaidya: I needed to know what motivated Jen before I even auditioned for the part. When I first read the script I didn’t understand her – she was conniving, manipulative, dangerous and an overall bad ass! The character really intrigued me, but I didn’t know how to play that. I didn’t want to play a stereotype or play her one note. I spent about a week preparing for the audition, trying to get into the headspace of that kind of woman. So by the time I finally got the role, I feel like I already had her in my body… then it was just about putting myself into the circumstances of what was happening in the story. It’s only grown since then.

TrunkSpace: With Bosch, the entire season is dropped on a single day. How soon after that do you start to feel the ripple effect of the latest arc within the fandom? Is it almost instantaneous? 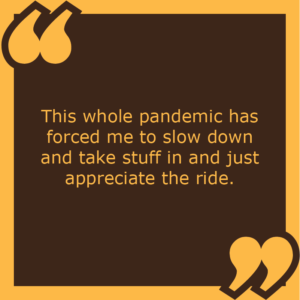 Vaidya: Totally! About a week before Bosch drops, I start hearing from the fans almost every hour on Twitter and Instagram. Everyone is getting excited, they want to know or hear some hints on what’s going to happen in the upcoming season. The thing I love the most about Bosch fans is that they represent a huge cross section of our country and world. I’ve noticed that Bosch fans come from many different demographics, varying wildly politically and socially, but they share one thing in common: they love the authenticity and mood of the show. I also would say, most fans tell me they binge the show in a few days!

TrunkSpace: Without new projects actively in production right now, the latest season of Bosch may be one of the last new offerings people see for awhile. Has the current state of the world changed this experience for you – waiting for and promoting the latest installment of the series – while in the middle of all of this uncertainty?
Vaidya: It’s been crazy! Trying to publicize a show while stuck in the house, unable to go out, do in-person press, or just talk to people has been challenging. Yet on the other hand it’s forced me to spend more time connecting with people online and in different spaces, getting creative with how to engage with fans. I’ve had more time to answer questions and interact one-on-one with people I may have never previously connected with. I’ve also enjoyed spending time with my family. I am enjoying what’s happening, versus being on this crazy whirlwind, which is how it usually is. This whole pandemic has forced me to slow down and take stuff in and just appreciate the ride.

TrunkSpace: The series has already been renewed for a seventh and final season. What emotions do you juggle with knowing that this project – something you were actively involved in since Season 2 – will be coming to an end?
Vaidya: I am honestly pretty sad, I feel like Bosch has been a part of my life for so long and I don’t want to let it go. It has been one of the best acting and set experiences of my entire career. But at the same time I’m excited about what’s on the horizon and what other projects I get to be a part of and discover; as well as, which new characters I get to play. So it’s a bittersweet moment. I’m also going to miss playing Jen! She’s my alter ego and helps me be more savvy in business. I learn from her.

TrunkSpace: For the viewer, the end product is always the most memorable, but for those involved in the project it must go much further than that. What’s the most memorable aspect of getting to work on Bosch that you’ll carry with you through the rest of your life and career?
Vaidya: I would say working with Lance Reddick, definitely! He’s a rare gem of an actor and most of my scenes are with him. He’s one of the most gracious, professional, and talented actors I’ve ever worked with. He’s a great partner on set because everything he does is about the story and not ego. He acts from a similar place as me and we had so much fun playing and discovering how these two connected, past what was written on the page. He’s also hilarious and tells the best Hollywood stories! He’ll have me cracking up many days, telling me stories about the crazy films he’s done. He sure has a resume and so much wisdom!

TrunkSpace: What has been an unexpected bonus or reward – something you could have never anticipated when you first started your journey as an actress – to a career in the arts? What is an aspect of your life that you wouldn’t have now had you not taken this path, but at the same time, one that you can’t imagine your life without now?
Vaidya: Freedom. When you first start out as a young actor it’s such a deep grind that you don’t have a lot of time to enjoy the moment. But after putting in years and years of work, one of the best things that happens is that your career starts to go and you get a certain level of freedom in your life. Freedom to discover how I want my day to go, how I want my life to be and what I want to say as an artist. I didn’t realize I would love and need that so much. You need a steel stomach for this business. Usually money is tight and sometimes things aren’t happening, but I learned not to equate my self worth with my booking ratio. It’s gotten sweet in the last 10 years because I’m not trying to ‘get a job.’ I’m just trying to express and deepen my experience in whatever character I’m playing. I have a framed quote from Philip Seymour Hoffman that I read every day:

“If you get a chance to act in a room that someone else has paid rent for, then you’re given a free chance to practice your craft. And in that moment, you should act as well as you can, because if you leave the room and you’ve acted as well as you can, there’s no way that people who have watched you will forget it.” 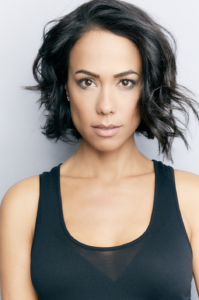 TrunkSpace: There are ups and downs in any career, but certainly the entertainment industry is known for delivering peaks and valleys. Was there ever a moment where you considered walking away from acting, and if so, what kept you on your path and looking forward?
Vaidya: I knew I never wanted to do anything else in my life. There were times I got frustrated and wanted to give up; and of course questioned my path. But I never had a Plan B and I never looked elsewhere for another career. What I did instead, was work on strengthening my center so that I wouldn’t be as affected by the ups and downs of the business. I stopped getting hurt by the rejection and took it more as a lesson in growth. That allowed me to work from a place of truth and joy, not just getting a job. That’s what’s allowed me to survive in this business and most importantly, love it.

TrunkSpace: You’ve appeared in a number of memorable series and projects over the years. We’re curious… what is a character that you wished you had more time to spend with and why?
Vaidya: Sophia Del Cordova. (Laughter) This was a Colombian telenovela star I played in one episode of the show Castle. She was one of the most fun and hilarious characters I’ve ever played. And I had to learn two pages of Spanish in four days! I would’ve loved to bring her back and keep tightening up my Spanish. I want to be fluent!

TrunkSpace: What has been the highlight of your career thus far?
Vaidya: Tough question, I have so many! But I would say the moment I found out I’d booked the series Unforgettable on CBS. I’ll never forget because my husband and I were bathing our infant daughter. I hadn’t worked in a while and after having a baby, an agent told me my momentum was gone and I thought my career was over. It was a Friday night, late and I didn’t expect a call. My agent called me out the blue and said I got the job and would be moving to New York. I cried happy tears with my husband, as my daughter laughed and splashed us with bubbles. We all hugged. My whole life changed in that moment.

TrunkSpace: Time machine question. If you could jump ahead 10 years and get a glimpse of what your career looks like a decade from now, would you take that journey? If not, why?
Vaidya: I take that journey a lot in my mind. I think of it more like a visualization or something that I’m creating. I don’t know the details or the specifics, but what I do see is happiness, freedom and the ability to create art. I see myself traveling with my family and working on films and TV shows all over the world. I want to continue to produce projects that push boundaries and break stereotypes of what it means to be urban, a woman of color and intellectual. Those aren’t mutually exclusive things and those are the stories my husband (producing partner) and I like to tell. Most of all I’m excited to see my kids grow and I’m curious for what the future will reveal!

Season 6 of Bosch is available on Amazon Prime Video.