For Tyler Cotton, there has been nothing chilling about his adventure in acting since joining the cast of Chilling Adventures of Sabrina. Although he had originally auditioned for the part of Harvey, it was Melvin who he was hired to inhabit on screen – and for much longer than he ever anticipated at the time.

“Melvin was only meant to be in one episode originally, so every day that I’m back on set I am so blessed and grateful,” he said in an exclusive interview with TrunkSpace.

We recently sat down with Cotton to discuss the impact of the series on his personal life, forever friendships, and how he’d like to see the Boy Wonder factor into his career.

TrunkSpace: Chilling Adventures of Sabrina has a huge following and a rabid fan base. Where has your life been impacted the most since joining the series as Melvin?
Cotton: One of the biggest impacts has been my day to day. Because of this amazing show I got to quit my day job and put all my energy and focus into this role/show and into my acting career.

TrunkSpace: Although grounded in reality, the Chilling Adventures of Sabrina is the kind of series where anything can happen. What was the craziest on-set moment that you experienced where you looked around and said to yourself, “Is this my life right now?”
Cotton: Every day is like that for me! Melvin was only meant to be in one episode originally, so every day that I’m back on set I am so blessed and grateful. I genuinely think that every day I’m on set I have a moment where I look around and think about how lucky I am to be where I am.

TrunkSpace: You’ve spent more than 10 episodes playing Melvin. At what point in the process do you start to feel like you know him as 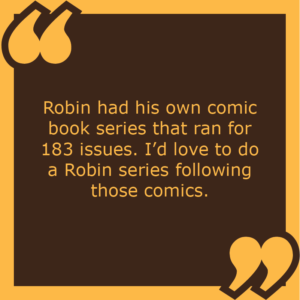 well as yourself?
Cotton: Every time I think I know Melvin I get a script that really makes me think about the character more and more. I feel like I know Melvin really well but then I get an opportunity to explore deeper into the character and that’s something that always excites me!

TrunkSpace: From what we understand, you originally auditioned for Harvey. In an alternate reality where you’re playing that character – do you think your journey since joining the series would have been dramatically different had you played a different character?
Cotton: Oh my god, my journey would have been extremely different but I’m also really happy with how things turned out! Ross (Lynch) is the perfect Harvey and does an amazing job and I really love Melvin.

TrunkSpace: For fans, the final product of a film or series is always the most memorable part, but for those involved in a project, we’d imagine it goes much deeper than that. For you, what is something about your time working on Chilling Adventures of Sabrina thus far that you’ll carry with you through the course of your life/career?
Cotton: I mean I genuinely hope that the friendships I’ve made continue on. I’m so blessed to be on a show with such an amazing cast and crew and I feel like I’ve built some really strong connections with a bunch of people and those are relationships I’d like to keep!

TrunkSpace: What is the biggest lesson you’ve ever learned on set – any set – that you still apply to your work with every job you book?
Cotton: Respect. It sounds silly but respect is the biggest thing you can apply to your work on set. Respect the crew because they are there before you get there and long after. Respect your fellow actors, respect the work they have put in and respect their process on set.

TrunkSpace: Who has had the biggest impact on your career – whether through physical assistance or as a support system? Is there someone you feel has had a lasting impact on your path thus far?
Cotton: The answer to this will always be my parents. I’m so lucky to have the parents that I have – they have supported me through this extremely difficult career and continue to push me and help me grow as an actor and as a person. 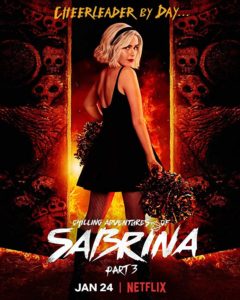 TrunkSpace: Blank check question. If someone came to you tomorrow and said, “Tyler, here is an unlimited amount of money, I want you to go and make whatever project you want for yourself,” what kind would you put into develop and greenlight?
Cotton: Good question! My dream role is to play Robin (like Batman and Robin). Robin had his own comic book series that ran for 183 issues. I’d love to do a Robin series following those comics.

TrunkSpace: Time machine question. If you could jump ahead 10 years and get a glimpse of what your career looks like a decade from now, would you take that journey? If not, why?
Cotton: I don’t think I would take that journey because then no matter the outcome I’ll always be thinking about that future instead of focusing on myself and my career right now. It would be tempting though!