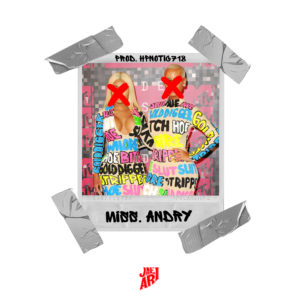 Influences: People. The environment. The future. Good mental health. R&B, Hip Hop and Soul. Too many artists to name, but as you can see, not limited to just artists.

TrunkSpace: How would you describe your music?
Jae Ari: An eccentric sound with a distinctive voice. Hip-hop music complete with bass, beats and bars.

TrunkSpace: We read that you weren’t expected to survive past infancy. What happened and how have you translated those early experiences into not only life, but your music?
Jae Ari: According to my mother, I had some complications when I was a baby. I was very ill. It has really just translated to a sense of infinite gratitude. My upcoming album is titled “Things Could Be Worse,” which is a reflection of that.

TrunkSpace: When you’re sitting down to write rhymes, where do you find your motivation? Do you look to tell a particular story, or, do the words take on a life of their own?
Jae Ari: I usually know what I am going to talk about when I’m in a writing process. The creative process comes at anytime and anywhere though. It is a combination of many things, personal or observational. The important thing is that it is rooted in realness. It is rooted in truth.

TrunkSpace: In your opinion, what is the single-greatest rhyme you’ve ever written and why are you so proud of it?
Jae Ari: I like this question. So difficult, but if I had to choose it would be from a song called “Something New.” The rhyme was: “How can I get better if I ain’t ill / so ill, the Doc’s can’t brand it, No Frills.” I just think the first line is thought-provoking while the second exudes confidence.

TrunkSpace: Is it true that there is only one commercial urban radio station in Canada? Obviously radio isn’t what it once was, but does that make it difficult to promote your music when there is such a narrow path, at least in terms of mainstream radio?
Jae Ari: Yes. In respects to your second question, the only things that are difficult are the political and over-saturation aspects when it comes to promoting my music. You have an overwhelming amount of mediocrity being pushed on a platform, creating such a lack of balance. Some of it isn’t bad, but most of it isn’t good. Its dog eat dog and for those like me who care about creativity, culture and commerce. it’s challenging. The political aspects are the lack of integrity in journalism, nepotism within the industry and this instant-gratification-era we seem to be in where there is no real quality control.

TrunkSpace: How important is social media in the promotion of your music and how do you stand out in a landscape where every artist is using the same tool… in this case, that very same social media?
Jae Ari: It is important. I stand by certain beliefs; being yourself, being consistent and qualitative. If it is good music, marketed well, if you are consistent, and you engage, people will come to you.

TrunkSpace: How did you transition writing and performing from a hobby into a career? What was it that pushed you to commit all of your energy into your music?
Jae Ari: I just never looked back. I have always been about consistency. A hobby is a small thing; it’s not an obsession or something you think about all the time. There is a little casual interest here and there, but that’s it. A career? You can just tell, look, and see when someone is about his or her business.

TrunkSpace: How do you look at the production element of your music and what do you look for when choosing producers? What do you hope that they’re bringing to the table?
Jae Ari: This is hard to explain. I just chalk this up to having a great ear for beats and being musically inclined. When choosing producers I always want to work with someone who wants to work with me. I already have an idea of what they bring to the table in respects to what I’ve heard. It’s just really maintaining a business-oriented rapport with some great interpersonal skills. I don’t like to work with people who see me as just a transaction.

TrunkSpace: You have a new single due out tomorrow. What can people expect from the track and what do you hope they take from it? 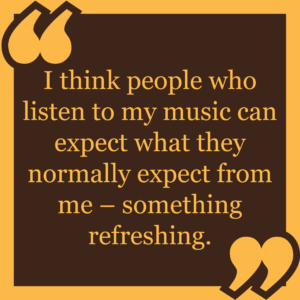 Jae Ari: Yes. The single is called “Miss. Andry.” I think people who listen to my music can expect what they normally expect from me – something refreshing. It is somewhat of a politically-charged single as I touch on dating women who identify as feminist. I still was able to make it fun and enjoyable which is a skill and a craft in itself. I enjoyed putting this together. You can buy it exclusively on Bandcamp February 7th!

TrunkSpace: The world seems more divided than ever, with viewpoints driving a wedge between people when it comes to social, political, and racial issues. Some people believe we’ll be heading into a renaissance period for music, at least in terms of artists speaking out against and for issues. What are your thoughts on not only music’s influence in a time like this, but, how effective music is on influencing future generations?
Jae Ari: Nina Simone said once, “It is an artist’s duty to reflect the times.” I stand by that statement 100 percent, but I feel with the times we are in it breeds more opportunists than socially-conscious artists who have been talking about these things before they became popular. Nothing happening today is new. What I see is a song here, maybe a hashtag there, then they are back to their regularly-scheduled mundane music. I believe they mean well, but it is inconsistent. For better or for worse the ones carrying the torch for future generations are the ones whose music will stand the test of time.

People need to be paying attention to artists who have been consistent with their plight, not ones who trend hop on current issues with their pseudo concerns. I see them all over social media and I let them be who they are. I know as a Black Canadian artist there are many challenges and BS that I have faced and probably will continue to as I progress. I just keep working and creating great music. I do my part through my own actions. From how I represent myself publicly as an artist to the overall message in my music is what I can control, so I take it very seriously. I do not just talk about it. I am about it.

TrunkSpace: What can fans expect from Jae Ari in 2017?
Jae Ari: The best album ever. (Laughter) But seriously, my album is going to be a problem. “Things Could Be Worse” is the title and I am grateful to be doing what I love to do!