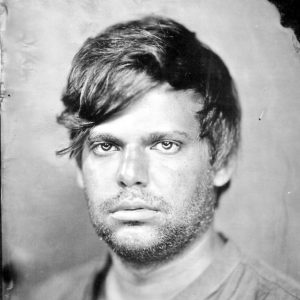 TrunkSpace: You recently dropped three new singles. What was it about these songs that you felt would work better as singles instead of holding them for a future EP or album?
Saleh: I think this singles series is a (pretty fun!) identity-crisis project. In the last year or so this band has really opened up to being solely me doing all the writing/recording and I wanted to mess around with what I could do musically and try figure out what feels right, for right now at least. The songs are really different in style, subject matter, mood and delivery and I took that opportunity to dress them up in their own ways.

I feel a requirement for a full-length album is to be really coherent both lyrically and musically, and I didn’t think any one of these songs/ideas/statements could be expanded into a full album if I kept pulling at the string and unraveling it. So I kept them alone and bundled them together as a little collection of misfits. Holy Pinto’s album #3 is yet to reveal itself to me… BUT I’m gonna try to force it to soon!

TrunkSpace: What are some of the benefits to releasing tracks independently of an album in 2019? Does it give more focus to the individual songs when they aren’t part of a collection?
Saleh: Honestly – I think it’s an absolute disaster of an idea for a band in the position I’m in. Releasing singles as a small artist (at least for me) hasn’t worked that well – I’ve always needed a full album campaign to move forward. I actually reckon the songs are getting far less focus because of it, but that’s okay and I kind of knew it going in.

I guess the benefits that some people find are that it could potentially give you more shots at having a single song ‘break through’ and gather steam, rather than releasing an entire album of songs and watching it sink or swim. Someone recently referred to this approach as “Spotify Roulette” to me.

I just really liked the context for the release of these songs and believed in them as a mini-misfit collection, so kinda went with that, for better or for worse!

TrunkSpace: Let’s go back to that first single, “Acquaintances, Friends – Love Ends.” What could someone learn about you as both an artist and as a person in sitting down to listen to that song, had they never been 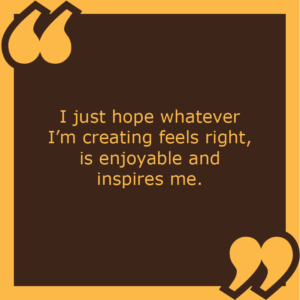 exposed to your music before?
Saleh: (Laughter) Maybe quite a bit?! All the silly metaphors come from a very real place. I don’t think there’s a moment where I’m telling a lie or exaggerating something… I did wanna drive tractors as a kid. I guess objectively you could learn about some of my upbringing and likes/dislikes. There’s strong allusions to my current life in America – not sure whether it lands as strongly outside of the context of knowing the band/me/our story, but it’s in there!

TrunkSpace: Creatively, is “Acquaintances, Friends – Love Ends” coming from a different place than those songs that appeared on your recent full-length, Adult? Would this track – and the two singles to come – have been at home on that album or would they have felt out of place for you as an artist?
Saleh: Yeah, a different place from the full-length, for sure. I think it’s a lyrical, beat poetry type song. I heard this song called “Presumably Dead Arm” by Sidney Gish and it seemed like a very quirky, fun, stream of consciousness type ramble that seems to have nuggets of true pain in it. It really inspired me to want to write a stream of consciousness or super word-y song again, which is something I don’t think I’ve done since maybe 2015’s “Best Pals.” It’s something that’s definitely within the scope of what I’ve done in the past, but not on a full-length record, which have always felt more ‘serious’. Maybe that’s the wrong approach, I’d probably be okay with an album full of those kinda tracks, maybe the next record should be ‘anti-serious’!

TrunkSpace: We read that a big portion of these three new singles involved you taking on an experimentation in sound. How important is it for you as an artist to continue to grow and adapt your sound? If we were flash forward three albums from now, would you hope that you’d be creating in different way sonically than you are today?
Saleh: I just hope whatever I’m creating feels right, is enjoyable and inspires me. I did “Malady” and was like ‘this is an awesome new direction! This is what LP3 will sound like’. Now, two months on from it’s recording, I’m like… ‘that was fun for what it was, I got to throw a cloth over a snare drum so it sounded muffled and make a cool sound,’ but there’s something right now in me that makes that approach feel sterile and I would hate to move forward with sounding like that full-time. My opinion could easily change again in two weeks time. This is quite a pivotal time for me in that retrospect, I have no idea what I want or what’s going to come out the other side. I’ve promised myself (as of today) to just focus on the songs and after they’re finished, the songs usually tell me what they want. I’m trying hard not to overthink it. Maybe these singles were a way of playfully interacting with and distancing myself from the overthinking.

TrunkSpace: What are you most proud of with the three new singles?
Saleh: Upon reflection – I love the song “Acquaintances, Friends.” It made me cringe for so long, but it was exactly what I wanted to do at the time, I find it kind of funny (in a good way) and there’s a couple of lyrics in there that are some of those that I’m most proud of. Whenever I have a lyric pop into my head that distills exactly what’s on my mind into one easily digestible sentence, that’s where I’m super proud of the writing. The drum sound, style and groove of “Malady” I’m very proud of too, it was a cool thing that I wasn’t sure I could do or pull off. Taking that approach with “Malady” on the drums came as a direct response to being deeply disappointed with how I played ‘Bully’ – its reckless intensity shaped the song in a way I didn’t originally envisage. So, I switched it up in a big way for “Malady,” which was recorded afterwards. I’m truly figuring out what I do and don’t want to sound like – in real time, even – it’s a tough process but hopefully rewarding.

TrunkSpace: You had Adult out earlier this year, and now three new songs on top of that. Do you envision that 2020 will be just as prolific for you as a songwriter?
Saleh: I really, really hope so. I’m dropping an EP in February 2020 that contains songs about my adopted hometown Milwaukee – that’s already recorded and finished. Next year, I want to write a record I feel really passionate about. It wouldn’t come out ‘til 2021, but I’d want to see it taking shape and bloom.

TrunkSpace: Where are you hardest on yourself as an artist and how do you overcome those self-critical insecurities?
Saleh: I struggle with feelings about my voice a lot. That can be daily, both in live performances and listening back to recordings. I honestly can’t say I’ve been able to overcome it, but having just sung in this band for a few years, because I’ve had to, means that it’s objectively become a bit better to the outside observer and sounds a little bit better to me. That expression about comparison being the killer of all happiness – how if we look to our peers, social media, etc all the time we’ll never be happy in ourselves – rings true right now, in all of life, creativity and career. So for that, I guess I just switch off social media as much as I can and try be present with my own friends, environment + endeavors.

TrunkSpace: If you sat down with your 10-year-old self and gave him a glimpse of his future, would he be surprised by where his musical journey has taken him thus far?
Saleh: (Laughter) Definitely yes, but on a scale of evaluation that would take far more than an interview question to delve into!! I’ll say – I wouldn’t have thought I’d ever be singing, in any way at any level, and I wouldn’t have thought I’d be living in America.

TrunkSpace: Time machine question. If you could jump ahead 10 years and get a glimpse of what your career looks like a decade from now, would you take that journey? If not, why?
Saleh: This is an awesome question. I wouldn’t, because it’d inform my life choices, and it’s those choices or random tangents that have always proved to have made life more colorful. My life has been weird, and I’m happy for it to keep being so. I reckon the certainty would get rid of the meandering nature of the journey. I’ll embrace the adventure and stomach its difficulties along the way!

Check out all three of Holy Pinto’s latest singles here.