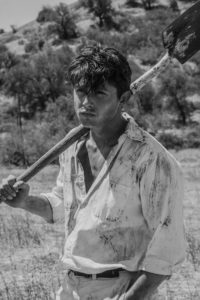 Mateus Ward is an old soul. Although only 18, the California native speaks like someone who has spent a lifetime working in every facet of the film and television industry. Even more impressive, as an actor, he delivers a performance that reaches well beyond his biological age. For proof, look no further than his latest film “The Meanest Man in Texas,” where as the title character Clyde Thompson, Ward plays both a young man and then that same man at age 43. It’s an opportunity that most teenage actors could never imagine.

We recently sat down with Ward to discuss his interest in darker characters, finding humanity in the meanest man, and how he hopes the film will change the way people look at casting actors.

TrunkSpace: A lot of times when actors are starting out, particularly at a young age, they’re doing lighter material, but you seem to be pulled towards heavy, dramatic projects. As an actor, is that the kind of material that you’re drawn to?
Ward: Yeah, I would say that’s definitely something that, me personally, I’m very interested in. It’s usually the darker characters that are the more interesting and fun to play. I’m always down for a challenge and I think that’s what I’ve tried to do with my career so far, is take roles that just scare the heck out of me.

TrunkSpace: Well, and speaking of that, your character in “The Meanest Man in Texas” has so many layers and would scare the heck out of a lot of actors, particularly at your age. What was the process like in terms of inhabiting Clyde and just the idea of carrying the film as he is in fact the title character?
Ward: I had the greatest cast surrounding me, so… on one hand I was nervous about it, but when you’ve got a group that fantastic, it’s kind of hard to be nervous about it. I think character wise, one of the things that I had to do was that I had to find out who this guy really was aside from what society had branded him as. It’s based on a true story so I had the ability to talk to Clyde’s daughter, which was incredible because I just, you know, asked her to talk about her dad. It’s kind of beautiful to find out who your character is by what they leave behind in the planet.

TrunkSpace: And that must instantly put a human spin on the character in talking with his daughter because very few people know a person like a child will, especially the tender side of that person.
Ward: Right. It was absolutely surreal and she was so helpful with everything.

When it comes to the work that I did for the character, I’d say a lot of the character work was easy to find in the script. I think it 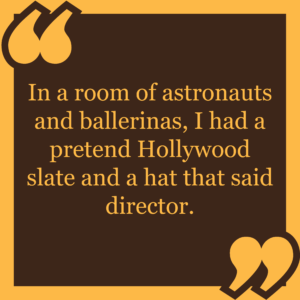 was Anthony Hopkins who said, “A good character looks at the script and everything he needs will be in there.” So, for me, I realized that he wasn’t actually the meanest man in Texas. What I wanted to portray was a character who was dealt this horrible hand and basically became what society viewed him as. So, when it comes down to it, Clyde is actually a really nice guy considering. So, I think that was some of my work… staying away from the stereotypical portrayal of a badass or a Clint Eastwood type and getting away from those mean faces and finding a charming side of Clyde to where the audience can root for him, because he was a charming guy.

TrunkSpace: From an outside perspective this seems like the type of movie and the type of performance that could very well be a career changer for an actor. Did it have that feeling going in and now that it’s circulating, have you seen it have an effect on your career?
Ward: When I looked at this role and the span age wise… well, like I said, I like to take a challenge. You never go into something, at least if you’re in this for the right reasons, you never go into something looking specifically for that praise and a sort of “where’s it going to take me next.” But there was always that little hint of something fun with Clyde that was just something no actor my age should really been given the opportunity to tackle.

TrunkSpace: And that’s one of the first things that pops into your head… that Clyde seems like the kind of role that most producers would put in the hands of a more experienced actor, if for no other reason, to hedge their bets on the financial aspects of the film.
Ward: It was definitely an opportunity and I’m glad that the producers believed in me enough to take it there because it’s not something you see every day, so it’s a big risk to take to cast, at the time, a 17 year old to play all the way to 43. I saw that as probably the biggest challenge. I’d definitely say that it was the biggest challenge that I ever faced physically. With every stage of his life he has a different physicality and posture and that was something that I had to explore and it was something that I loved to explore. I’ve always looked older and I’ve been lucky to get the parts that I have, but recently it’s been difficult because of my age, so to play this part where age was not an issue… where I was playing a character for who he was and I have a naturally deep voice and I can play that… I was just absolutely grateful that I got the opportunity at this point in my career to already to do something like that. I was in love with it and I was absolutely grateful.

TrunkSpace: What’s interesting is that this one film ends up being a great reel for you as well because it shows so many different sides of your acting chops.
Ward: It definitely has so many elements. There’s a point where he’s in this morgue and he’s basically reduced to this animal state where he’s thrown into solitary confinement and he grows his beard out and his hair and he’s just relying on instincts of survival. There’s also that innocent young kid. There’s the older man with years and years of experience behind him. There’s that young, strapping sort of Clint Eastwood or Indiana Jones type where he’s this troublemaker. I saw that and I was like, “This is every actor’s dream.” It sort of stumbled upon me and I was absolutely floored. 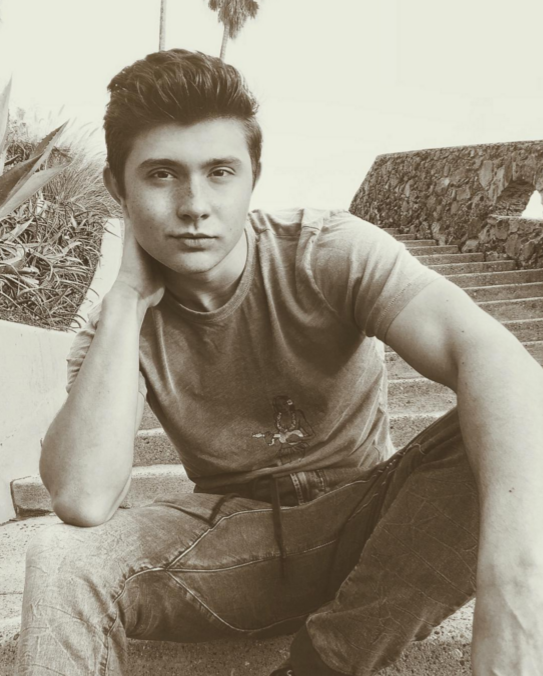 TrunkSpace: Was there a moment during the shoot, playing all of these various stages in Clyde’s life, where you were surprised that you were able to tap into a particular emotion or delivery as an actor? Were you able to get to a place that you didn’t expect?
Ward: I definitely feel like I surprised myself with this. I would say that the most surprising aspect was the aging process. Because it was a low budget, we didn’t have much makeup. We had an amazing makeup artist who did the best with what we were dealt. As an actor, I wasn’t as worried about it. I was honestly more worried about playing the younger versions of him. (Laughter) Because I naturally gravitate towards those older souls. But, the physicality was something that surprised me. That was something that I saw and it convinced people, which was something that I was nervous about. I knew this was an amazing script and I knew that I could pull off most of the stuff in the script and we had a phenomenal cast, but when it gets to the point where I’ve got grey hairs, are people going to believe it? So that was something that surprised me. And it sort of surprised me about the actors as well because the woman who played Julia, Alexandra Bard, is this gorgeous actress and she plays this cast out and in the beginning is very homely and grows into her beauty, but it was just something that the whole cast and crew were surprised by the fact that once all of the actors were out of makeup, they were not the same people. It’s sort of something, from an industry point of view, I hope it has an impact on the idea of casting and not so much casting on looks and casting on the age per say, but casting the best actors for the role. I think that’s something, because this was a low budget, it was all kind of… us taking risks and chances. We got the ability to do that and from the reactions of people who have seen the film, it seems like it worked. I’m curious to see if this will change a lot of people’s minds on what actors can do.

TrunkSpace: You speak like someone who knows the industry inside and out. You seem destined for a career as a producer. Is that something that you’re interested in?
Ward: (Laughter) Well, when I was little, I remember I went to career days where everyone dressed up as what they wanted to be. In a room of astronauts and ballerinas, I had a pretend Hollywood slate and a hat that said director. So, I think that’s something that I always wanted to do. Acting is for sure my passion. Right now it’s where I see the world, but I’ve always seen the world through the lens of a camera. It’s always been where the world sort of made sense. So yeah, producing and directing has always been a dream of mine.

I always like to say, if you’re not getting work, make your own work! (Laughter) 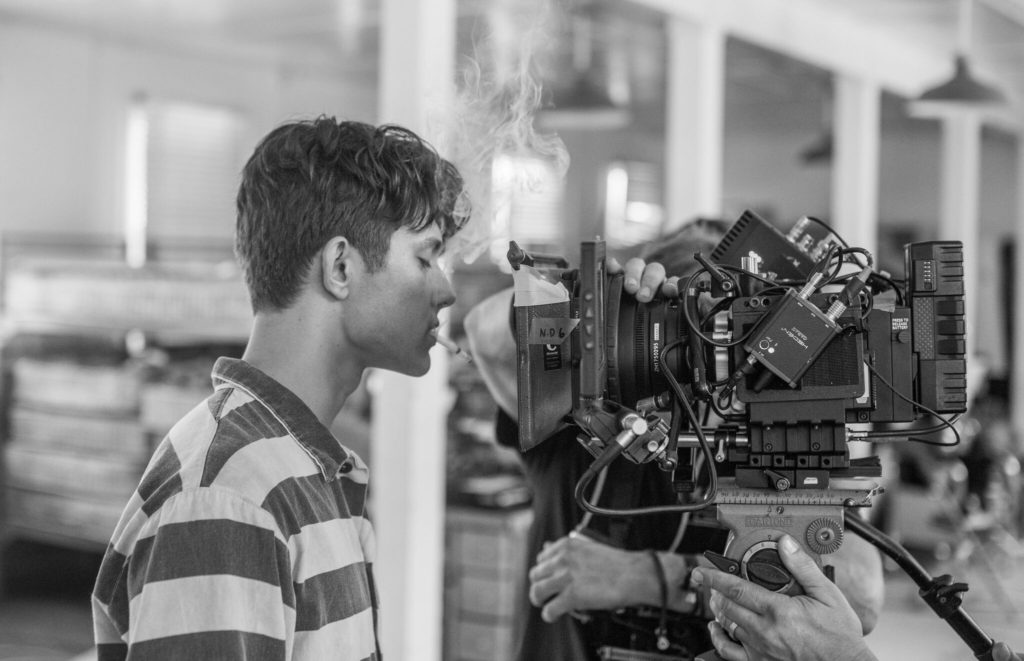