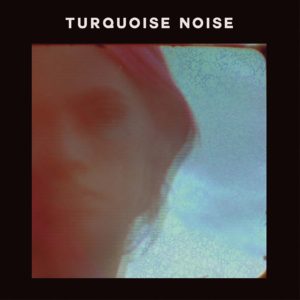 Influences: Too many to name. We’re lovers of all types of music from all points in time, old and new.

TrunkSpace: How would you describe your music?
Turquoise Noise: We think of our band as a rock band first and foremost. We don’t try to do anything that’s really outside the box nor do we try to be very generic. We approach our sound in a minimalistic way and try to use various tones and melodies and things like that to cut through and hopefully be a song that gets stuck in your head. We’ve been told our sound and our songs remind people of a more modern Doors if the Doors used synthesizers and all of those things we use now in the present day. I’m not too sure how accurate that may be, but it’s a cool interpretation of what we do.

TrunkSpace: The band has a great visual “rock n’ roll” look. How important is band branding to Turquoise Noise and do you think it’s important for finding success with the music itself?
Turquoise Noise: We have learned and realized that branding is an important part of any creative venture you set out to do. It goes beyond music because we have grown to the point where we are now fully in it and the band has become an enterprise of sorts as we’ve spent years developing and playing together and hitting the road and seeing who our real audience is. At the same time though, we are the same guys you see online or at shows and I think that’s what made us come together in the first place. Music and aesthetics like fashion and things go hand in hand.

TrunkSpace: When you look at the band from the inside and reflect on where you’ve come from to get where you are today, what do you see as the band’s biggest strengths?
Turquoise Noise: Our biggest strengths probably fall in line with just sticking to it and keeping that sense of perseverance. Nobody is making anyone stay in the band and there’s often more let downs and missed opportunities than there are ones presented in the music business. It’s a tricky industry to navigate through because there are so many people who are trying to get involved with your art and when it gets to the point where it’s not fun, we tend to do a 180 go back to the basics and go into the studio and just be brothers again having fun. It should always be fun.

Another strength of our band is that we don’t tend to rely on many outside people when it comes to producing content and material other than music for the band like music videos, photography and things like that. We still have a D.I.Y. way of doing things, but we’ve just learned how to do it better than we used to.

TrunkSpace: Turquoise Noise found themselves with a fan in late Stone Temple Pilots frontman Scott Weiland. How did that connection come about and what was the experience of opening for him like?
Turquoise Noise: It all happened really fast. One day out of nowhere our manager got a call from his friend Rocco Guarino who is a music producer and (at the time) managed Scott’s personal recording studio and engineered his recordings and a bunch of other things. Rocco was Scott’s righthand man for almost 15 years. Scott was looking to start his record label called Soft Drive Records and was on the hunt for a band that would fit the roster he was trying to curate and Rocco remembered hearing around town that our manager was working with our band and heard good things and just got in touch.

We ended up having a meeting a couple weeks later and what came out of it what that Scott really liked our previously-recorded music and wanted to offer us the opportunity to record an EP at Lavish Studios as a Soft Drive band and then go on tour with him and do all of that stuff that happens when you land a deal. We of course said yes and moved into the studio and recorded five songs straight to 2” tape. It was crazy. We were able to utilize anything and everything from his state-of-the-art studio with Rocco producing it.

Scott was touring a lot during our production so things were stagnant for a month or two and eventually the deal fell through, but Scott was a generous human being and let us finish recording a whole album in his 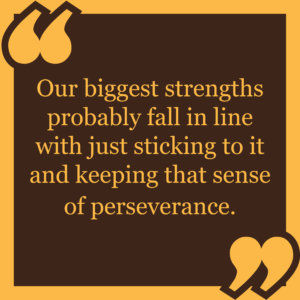 studio pro bono. We took our time and did what we wanted with 100 percent creative control with Rocco’s amazing guidance. Even though the deal didn’t work out, we were able to play with Scott and his band the Wildabouts and we got a real record out of it from start to finish. Unfortunately, Scott passed away and we were at his studio putting some finishing touches on the mix when we got the news.

Rocco penned a full story in detail about that whole recording process that was published at Alternative Nation here.

TrunkSpace: The band has been incorporating some new songs into its sets recently. Is testing out a new song to an audience for the first time nerve-racking?
Turquoise Noise: Sometimes it is, but we don’t play any songs until we feel they are fully ready and well rehearsed. We are constantly developing our songs so playing them live is a great way to see if people are responding to them.

TrunkSpace: How do you know when a song is ready to make that kind of debut? Do you completely refine it before it sees the light of day or do you views songs as always a sort of work in progress?
Turquoise Noise: Our live sets are fully planned on a printed set list so we want to make sure everyone in the band is on the same page and that we are fully rehearsed and then some. We play enough shows to where it won’t be that much longer until a song that, maybe isn’t finished yet, can see the light of day soon after. But because we are riding the wave of this record we are careful not to play a bunch of new songs that aren’t released yet as a way to let people become familiar with what’s available for them.

TrunkSpace: Mainstream, mass market music is sort of devoid of rock these days. Do you think rock as a genre will ever find that kind of mass appeal again and what’s it going to take to get it there?
Turquoise Noise: We think it’s happening right now. It seems to come in spurts of like a decade or so. If you look at the early 2000s there was the White Stripes, The Strokes, Interpol and all of those awesome bands. We’re seeing a lot more bands like those come back on the airwaves and playing shows around town so it’s awesome to see that happening again. We hope to be a part of that in one way or another.

TrunkSpace: If Turquoise Noise was part of that rock resurgence, how welcoming would you be as far as the fame side of that kind of attention? Would you be comfortable with not being able to go into a coffee shop without being stopped for a co-selfie?
Turquoise Noise: We’re ready for whatever may come our way.

TrunkSpace: The Internet has made it easier to find fans, but, is it easier to make fans? With every band on the Web in some form, how do you attract people and bring them over to the Turquoise Noise team?
Turquoise Noise: The internet is the best and the worst tool of all time for a band. We’ve noticed that people interact and engage with our material who generally are interested. That only happens from getting some buzz from shows, releasing videos or music and things like that. Especially being an LA band there are just so many bands everywhere at all times that even the online thing seems to be a bit cliquey, which is totally fine. We don’t really sit in with a certain group or scene for that matter, so I think the people that want to stay updated with us seek us out. So for us, what works is pumping out content to keep people interested.

TrunkSpace: What can fans expect from Turquoise Noise in 2017?
Turquoise Noise: We will be releasing a series of music videos all year long, we are going back into the studio to record a couple new tracks and then in the fall we will be doing a month long European tour!