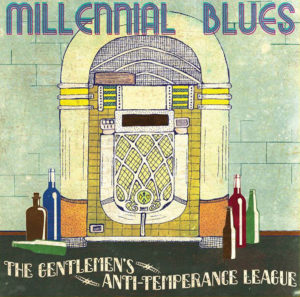 TrunkSpace: How would you describe your music?
The GATL: We call it “Prohibition Swing” – A thick, hot, syrupy blend of musical influences that pair equally well with coffee and whiskey.

TrunkSpace: How did the band come together and establish its unique sound? Was it organic or did it take time to perfect?
The GATL: The band came together as a group of friends with a mutual interest in gypsy jazz, originally. Three of us are from Duluth, MN and have known each other for years, and played together in some bands in high school. Dan and Jon took a road trip out west a few years ago and did a lot of busking, and the idea of the band started from there – playing up-tempo swing music on the street. When the guys came back, they exposed more of us to what they were up to, and we started playing together. From there, the songwriting and meshing as a group just developed as we spent more time together, practicing as often as we could, getting comfortable and letting our own personal musical influences come out in the music. Kellie and Rich are the most recent additions, adding vocals and trumpet to the mix. We’re really excited about how we’re evolving even further with our sound.

TrunkSpace: Your music is a throwback. Your look is a throwback. What is your audience? In that we mean, what age is the majority of your fans and if they’re skewing younger, we’d have to imagine that you’re exposing them to a sound that is completely new to them?
The GATL: Our audience is very diverse! One of our favorite aspects of our music is that it draws on so many different influences that the majority of people can find something they find appealing about it. We get swing dancers, young and old, from the local Minneapolis scene that come out, we see folks that like good acoustic music out to listen to us, as well as people that just want to have a stiff cocktail and let loose a little bit. A lot of people come up and tell us what influences they hear in our music – we think it’s great that the people that come to hear us are pretty musically conscious, it helps develop and diversify our sound.

TrunkSpace: Your music sets a mood, often times with the first few chords. How important is building in a tone and ambiance in your songwriting?
The GATL: The tone and ambiance is critical to our sound. When the subject matter of your songs is typically on the darker side of things, the music has to match or it just ends up sounding very strange. At this point, we all have a sense of what we want to sound like, and we have played together enough that when we start on a new song, we can get the “feel” of the song pretty quickly and build the song to really highlight the mood and content.

TrunkSpace: Most bands seem to have a similar path when it comes to promotion and booking. The Gentlemen’s Anti-Temperance League has such a unique aura surrounding you that we 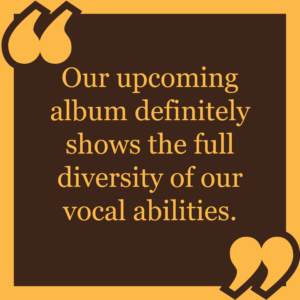 wonder if it has forced you to think outside-the-box for promotion and booking? For example, if club owners have a difficult time putting you on a complimentary bill, do you find yourselves booking a full lineup as opposed to just yourselves?
The GATL: When it comes to promotion and booking, it’s a pretty mixed bag. We have seen ourselves sharing bills with traditional gypsy jazz hot clubs, bluegrass bands, and psychedelic rock groups with distorted guitar tones and a full drum kit. Going back to a previous response – when there are a lot of varying influences in the music, it makes it easier to book and play with bands that play music that is of a different genre than our own. Because of this, we end up being on a lot of diverse bills, and it’s a great way to get our music out to new audiences. Although, we aren’t opposed to playing for three hours on our own, if the occasion fits.

TrunkSpace: Everyone in the band is listed as having vocal duties. How does that work… juggling so many voices in a single band?
The GATL: Once Kellie joined up, the primary vocal duties shifted in her direction, and for good reason. It’s always beneficial to have a lot of vocals at your disposal, it opens up the possibilities for thicker harmonies, as well as different tones when aiming for certain sounds. Our upcoming album definitely shows the full diversity of our vocal abilities.

TrunkSpace: We noticed your website has a copyright date of 2023. Is the band going Nostradamus and suggesting something we should consider being on the lookout for in seven years?
The GATL: Well, we were sent into the future a few years ago to survey possible locations for an alpaca ranch, and we ended up in 2023 instead of our intended target of 2040. To be honest, we just liked the vibe of 2023, it’s actually pretty nice then. Take our word for it.

TrunkSpace: Kellie’s bio suggests that she is a bit of a beer aficionado. TrunkSpace happens to have its own in the form of Drunken Emoji, an ale-swigging emoticon who fancies himself a beer snob. This seems a natural opportunity to propose a drink-off!
The GATL: You name the time and the place, and we’re in! Also… pick up the tab! We are thirsty.

TrunkSpace: What can fans expect from The GATL in 2017?
The GATL: We have our first full-length album featuring the full band coming out! We just finished recording at River Rock Studios in NE Minneapolis, and we’re getting the rest of the details ironed out for an April release. We have a lot of shows planned out already as well, we’re going to be keeping busy making music for the foreseeable future. Stay tuned!