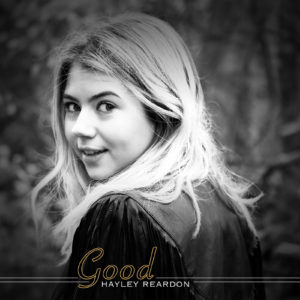 TrunkSpace: How would you describe your music?
Reardon: Folk, singer/songwriter

TrunkSpace: You’ve accomplished quite a bit in such a short period of time as a singer/songwriter, but do you think that your age has at any point held you back in terms of moving further along? Did it ever feel like people within the business didn’t take you seriously as an artist because of how young you were?
Reardon: Definitely. Starting as young as I did has been both a blessing and curse for most of my career. I remember being 16 and thinking there was no way I could possibly have a sustainable career as a “grown up” because the only compliments I ever got were about how good I was “for my age.” I thought people only liked me and my songs because it was cute to hear a teenager sing about her life. On the other hand, a lot of the greatest success and most fulfilling moments of that time came about because I wasn’t afraid to write about what was real to me. It works both ways, and while I’m so lucky to be 20 and look back at six years of doing what I love, I still feel the need to prove myself as “adult enough” a lot of the time.

TrunkSpace: How did you first get drawn into songwriting and ultimately discover your own voice and sound?
Reardon: I picked up my first guitar when I was 11 and began making up songs as soon as I could hold down my first few chords. I had always loved poems and writing and singing so I guess learning to play an instrument promoted me to try and tie all those things together. I began looking for open mics around New England… I’d print out lists and my dad would drive me… and wrote and wrote and wrote until I started to have a sense of what “Hayley Reardon” sounds like. I will say, however, that discovering my voice and sound is a journey that I’ve been on since then. I’d like to think I’m always evolving. 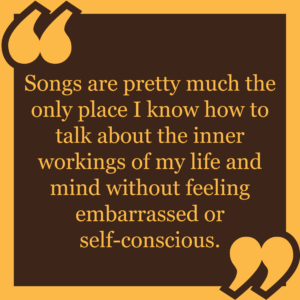 TrunkSpace: Has that sound evolved as you’ve matured and discovered new influences and point of views?
Reardon: I hope so! Naturally as I grow and my perspective changes, my songs do too both musically and thematically.

TrunkSpace: How does the songwriting process work for you? Do you physically sit down and focus just on that task or do you have to wait for inspiration to hit you?
Reardon: A little bit of both. I try to always be collecting ideas and phrases, but for the most part lately I wait for inspiration to lead me to the beginnings of a song. Then the discipline comes into play as I have to make appointments with myself to actually sit down and finish it.

TrunkSpace: Your lyrics seem very personal and at times, as if we’re listening to private conversations between yourself and someone else. Are you ever concerned about putting too much of yourself into a song?
Reardon: I actually don’t worry about that. Songs are pretty much the only place I know how to talk about the inner workings of my life and mind without feeling embarrassed or self-conscious. There are certainly some topics that are hard to write about, but for me there is no such thing as putting too much of myself into a song.

TrunkSpace: As an artist who has come of age in the age of social media, how important has that tool been in the development of your career?
Reardon: I think social media is invaluable for anyone pursing a creative path right now. It allows us to connect and share with people around the world who actually care about what we do. For me personally it’s been really helpful in connecting with younger fans. I was doing a lot of teen empowerment work in schools and camps for a few years and social media has allowed me to keep up with so many of the amazing teens I’ve worked with.

TrunkSpace: Social media is another platform where people can sometimes offer too much of themselves to the world. How do you approach the personal life aspect of social media in order to balance what fans can learn about you and what you keep for just yourself?
Reardon: I know a lot of people who only post at certain times of day and are super specific about what content they put on their Instragm, Facebook, etc. When it comes to the personal parts of my social media (when I’m not posting about new music, shows, or videos) I have no “strategy.” If I feel like sharing a little extra about what I’m feeling that day I do, or I just post a random picture of a dog I met in the park. I just share when I want to and don’t when I don’t. That being said, I don’t have Snapchat and I don’t use Instagram stories. That’s too much for me.

TrunkSpace: Your latest album was funded entirely by a Kickstarter campaign. How much of a confidence boost was that to you to know that your fans were willing to invest in you as an artist so that they could experience the new music?
Reardon: Funding my record through Kickstarter was both so challenging and so rewarding. I’m forever thankful I made the decision to be brave and ask for help because the outpouring of support from both friends and strangers was so inspiring. It reminded me that what I do actually means something to people.

TrunkSpace: What can fans expect from Hayley Reardon in 2017?
Reardon: New music and more shows!!! I’m planning my first trip over to the UK to play which is super exciting. I also have a new EP in the works and a whole bunch of ideas around that.

For New Englanders… I have some spring shows coming up at the Me & Thee Coffeehouse in Marblehead, MA (my hometown!) on April 14th (http://www.meandthee.org/concerts/hayley-reardon-2017/) and Great Waters Music Festival in Wolfeboro, NH on April 21st (https://greatwaters.ticketleap.com/hayley-reardon/)