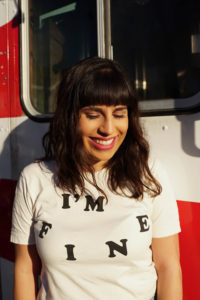 Why We’re Laughing: Tapping into past experiences and her firsthand understanding of those moments to find the funny, Ross is throwing open the windows of her mind to air out the place, and in doing so, inviting us to wander around inside.

TrunkSpace: Was comedy always in the cards? Were you a “funny” kid, even at an early age?
Ross: Funny-LOOKING. (This is my official resignation from comedy.) I was a comedy nerd growing up, consuming everything from “The Mary Tyler Moore Show” (I’m the Rhoda) to “Strangers with Candy.” But I wasn’t a confident kid, so I never thought I’d actually perform it. I always tried to be funny though, using humor to cope with being an awkward, hairy Syrian girl among the upper-class Aryan race at my Catholic elementary school.

TrunkSpace: When did you decide to pursue stand-up comedy as a career and did you make a plan for how you would attack things?
Ross: I was writing humor pieces and sketches at the end of college, after interning at TV Without Pity (RIP) and continued when I moved to New York and completed the UCB Advanced Studies improv and sketch programs. After several years of improv shows in bar basements, I realized I should focus more on solo work if I want to turn comedy into a career. I started doing stand-up, wrote my first sitcom pilot and screenplay, and pitched more humor essays during my last couple years in New York before moving to Austin to continue it. I host, write, and produce, an all-women late night show called “That Time of the Month” and one of my priorities this year is to expand it beyond the live stage show.

TrunkSpace: How long did it take for you to discover your voice as a comic?
Ross: I’m still discovering my voice after seven years, but it probably took until this year for me to be more comfortable and consistent with my sets, particularly the monologues I write for “That Time of the Month,” which I’d been doing for about three years. Not too bad considering I’m 10 years old if any big shot Hollywood agents are asking. 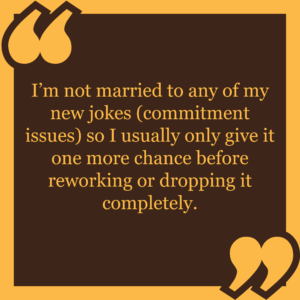 act that grew into itself or would you consider them two completely different acts?
Ross: I’d consider them different acts. Even after years of trying other forms of comedy, I wasn’t sure what my stand-up voice would be when I started, so I tried to do observational humor mixed in with personal experiences without thinking of the flow or delivery, which are crucial elements to a set. I still balance those two, but I’m more relaxed and try to be conversational versus before when I was robotic and memorizing out of fear of forgetting jokes. (Thanks to local Austin comic Arielle Norman for this much-needed tip from her workshop!)

TrunkSpace: Is the neon “Open” sign in your brain always turned on, and by that we mean, are you always writing and on alert for new material?
Ross: I’m not trying to force every single life experience into a joke, but I do jot down ideas in my iPhone notes app as stuff comes to me during random moments throughout the week. My notes usually read as a transcription of a fever dream by the time I revisit it later to adapt into material.

TrunkSpace: How much work goes into a joke before it’s ready to be tested out in front of a live audience?
Ross: More hours of doubt and self-loathing than actual preparation. But I do make sure my former writing partner/co-founder of “That Time of the Month,” Liisa Murray, takes a look at my monologues before the show to make sure it’s not entirely nonsense.

TrunkSpace: If a joke doesn’t seem to be working, how many chances do you give it in a live setting before you decide to rework it or move on from it altogether?
Ross: I’m not married to any of my new jokes (commitment issues) so I usually only give it one more chance before reworking or dropping it completely.

TrunkSpace: Is it possible to kill one night and bomb the next with essentially the same set, and if so, what do you chalk that up as?
Ross: Of course, and it could honestly be a range of different factors, from your own delivery of the jokes, to how warm the audience is once you get on stage.

I once performed a weird bit at a show in Austin (where I didn’t know anyone yet) that killed and then did that same bit a week later at a show in New York (where I did know a bunch of people) and it bombed. My first guess was because the Austin show was experimental, the host helps manage the audience’s expectations that comedians are trying out stuff they’ve never done before, outside of traditional stand-up. My second guess was the audience in New York hated my stinking guts.

TrunkSpace: Does a receptive and willing audience fuel your fire of funny and help to put you on your game for the rest of your set?
Ross: Definitely, because it makes it easier to play off of their energy and even stray a bit from my set, improvising new lines from what they’re reacting strongest to in the performance. But I’ve learned not to be dependent on the audience for that every time because if the energy isn’t there, it’s still on me to finish my set strong. They’ll notice when I’m nervous or lose confidence in my material.

TrunkSpace: What is your most memorable performance experience (good or bad!) that will stick with you for the rest of your career and why?
Ross: Last year after my Aunt Dawn, who I was really close with, passed away, I dedicated an episode of “That Time of the Month” to her, including a monologue memorializing her. I was nervous about performing an emotional comedy set, but it ended up being very therapeutic during a tough time.

TrunkSpace: How do you handle hecklers? What approach do you take?
Ross: I track down a place they like to frequent, such as a coffee shop or public park, stage a meet cute, date them for several years, establish a level of intimacy and unbreakable bond that leads to marriage, get pregnant, move into a refurbished farmhouse upstate to raise our kids, build a life for ourselves over a span of five decades, care for them in their old age, and just as they’re lying on their death bed and we’re sharing our last moment together, I lean over and whisper-scream, “IT’S NOT YOUR FUCKING TURN TO TALK.”

TrunkSpace: What are your thoughts on the stand-up landscape in 2018? Are you optimistic for the future of live comedy?
Ross: I’m excited about diverse voices finally getting the bigger platforms they deserve and I hope the industry continues to recognize them for it. On a separate thought, while it’s gotten a lot easier to put your material out there through different mediums, we’re now watching a lot of those mediums go away, such as with many humor sites shuttering in the past few years. I’m curious to see how comedy scenes adapt to these changes and what the next wave of comedy in the digital age will bring. That last sentence felt like a sound bite from a stammering TV exec at an upfront presentation for pilots adapted from Instagram Stories that will all be canceled by the end of this other sentence. 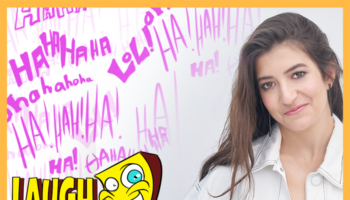 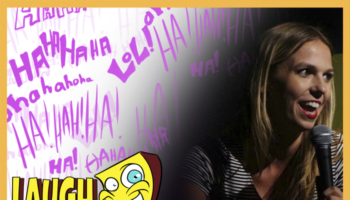 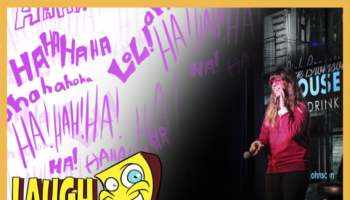 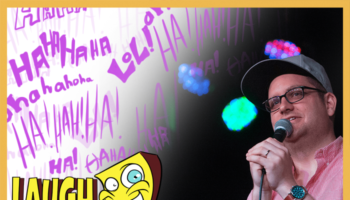