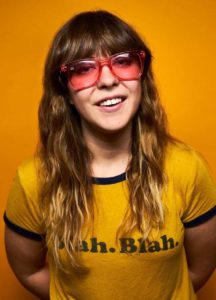 TrunkSpace: Was comedy always in the cards? Were you a “funny” kid, even at an early age?
Johnson: My family loves humor. We laugh all the time. As a kid, my sister and cousins and I would write skits and perform them for the adults in our family. Sometimes we would record them on a tape player. One was about a news anchor really getting to the bottom of ‘who stole the cookies from the cookie jar’. It was me. I was definitely the one in school cracking jokes. My high school psychology class nicknamed me “funny girl.”

TrunkSpace: When did you decide to pursue stand-up comedy as a career and did you make a plan for how you would attack things?
Johnson: A couple years ago I realized that my dream of dreams was to be a successful stand-up comedian and that I could potentially do it. My plan was to move to Los Angeles, California, where I am now, and to jump in head first to getting better and getting more opportunities. Eventually I’d like to get signed by an agency and have a manager and get on TV and tour the world… but my plan is always the same: to be the best version of myself consistently, and to continuously learn and understand the craft of stand-up comedy.

TrunkSpace: How long did it take for you to discover your voice as a comic?
Johnson: It took me about four years for me to discover my voice as a comic. I remember when things really started to click. I was in a contest to win a piece of shit car, it was called the piece of shit car contest. I made it to the finals with some other comics I respect and was pretty nervous. Leading up to the show, I just kept reminding myself to have fun and be me. I didn’t win the car but I did go last that night and held my own. I felt really free on stage – something clicked – I had heard my voice. After that and to this day I continue to look within and get closer to knowing it.

TrunkSpace: Is the approach you take now on stage different from the approach you took when you first started out? Is it one act that grew into itself or would you consider them two completely different acts?
Johnson: My first approach on stage was to get the guts to go up. I would tell the same jokes over and over and learn things like, 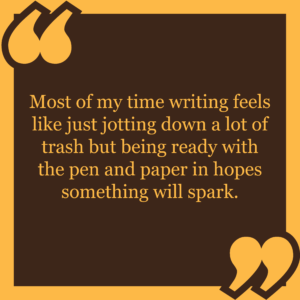 where to hold the microphone so people could hear me, move the mic stand out of the way, make eye contact with people. My approach now is to be passionate about what I want to say and have a cohesive act. So, completely different. I don’t think about the technical aspects anymore I’m just working on being myself, having fun and having something to say.

TrunkSpace: Is the neon “Open” sign in your brain always turned on, and by that we mean, are you always writing and on alert for new material?
Johnson: I wish I could answer yes to this question but the truth is I find myself distracted from comedy all the time. I get spouts of depression and feelings from time to time that I have lost my sense of humor. I read a lot of self-help books and work on myself. Some days are very easy and I wake up laughing, other days are like a 24-hour battle for my mind.

TrunkSpace: How much work goes into a joke before it’s ready to be tested out in front of a live audience?
Johnson: This really depends for me but most of my jokes I can honestly say pop into my head and are virtually done then and there. I’ll continue working on them, add them as a tag for a pre-existing joke, change a word here or there, but some of my favorite jokes dropped right into my head and straight on to the paper. Most of my time writing feels like just jotting down a lot of trash but being ready with the pen and paper in hopes something will spark.

TrunkSpace: If a joke doesn’t seem to be working, how many chances do you give it in a live setting before you decide to rework it or move on from it altogether?
Johnson: If a joke doesn’t work the first time I will immediately work on the delivery or wording before using it again.

TrunkSpace: Is it possible to kill one night and bomb the next with essentially the same set, and if so, what do you chalk that up as?
Johnson: This is possible… I’ve heard. No, I’ve been there. It’s important to read your audience. I have a set that is mapped out pretty well in advance, but lately I’ll go up with no prepared set order because you don’t know what the audience is like until you get to the venue. I chalk this happening up as just knowing your audience. And also sometimes audiences just don’t like you. 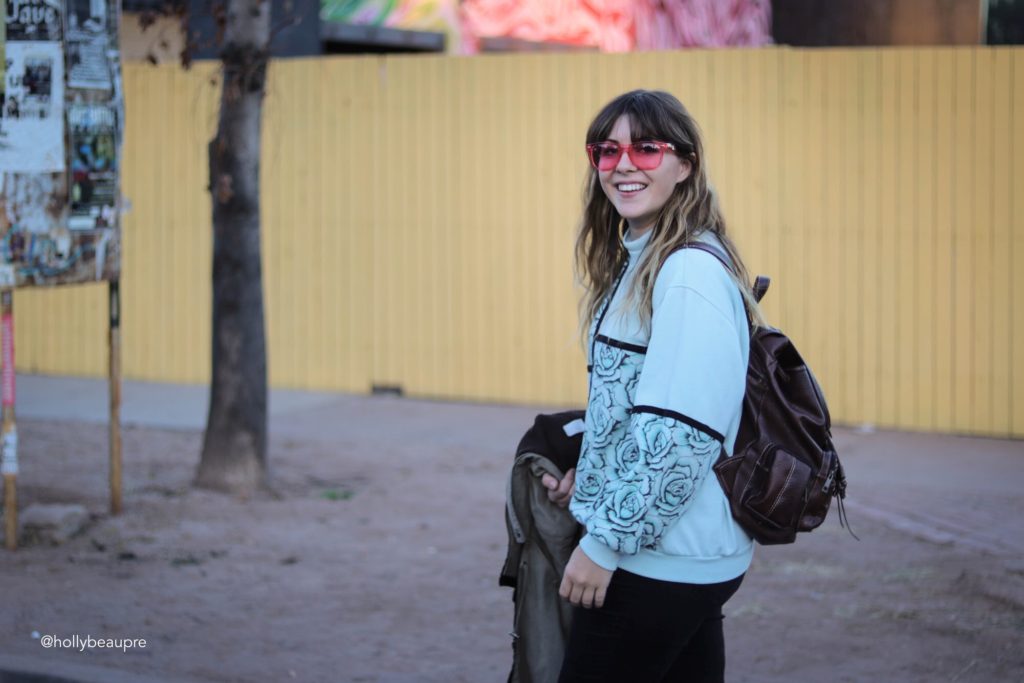 TrunkSpace: Does a receptive and willing audience fuel your fire of funny and help to put you on your game for the rest of your set?
Johnson: ‘You should never blame your audience’ is something we hear all the time and I believe it to an extent, but damn can you be thankful for a great audience. Yes, it is much more fun to perform in front of a lively, willing audience.

TrunkSpace: What is your most memorable performance experience (good or bad!) that will stick with you for the rest of your career and why?
Johnson: I don’t know why this question is so difficult for me to answer. As I think back to all the shows I’ve done and the great and bad memories I have… they all just blur together. Nothing really sticks out as the most memorable because I don’t think it’s happened yet.

TrunkSpace: How do you handle hecklers? What approach do you take?
Johnson: I’m very non aggressive with hecklers. For me, it works best to stay chill and try to get them back on board. Most the time, in my opinion, those types of people are lonely, sad, attention seeking narcissists that wish they were on stage but have never taken the time to write a joke or go to open mics or put any effort in once so ever but they see you doing it and making it look easy so they think ‘oh wow I can do this’ because their brains are so tiny and void of any intellect and like the real clueless douchebag that they are they yell out, wanting to feel part of something. I want to let them know in a funny way to stop but I’m not about to tear their weak small-minded brains down. I will say, the worst is when the heckler is too drunk to function. I hate seeing people getting kicked out of comedy clubs but the older I get in the game the more I think that is the best method for blacked out hecklers. Just, remove them. Please.

TrunkSpace: What are your thoughts on the stand-up landscape in 2019? Are you optimistic for the future of live comedy?
Johnson: I don’t know. I don’t know anything. I just work hard on the craft and aim to be undeniably funny and a good person. I am always optimistic that that will be enough and that this field will always have room for people like me.

TrunkSpace: Finally, who do YOU find funny?
Johnson: Shapel Lacey. He’s a legend.