TrunkSpace: Was comedy always in the cards? Were you a “funny” kid, even at an early age?
Friedman: Honestly, yes. It was my party trick! And by party I mean the playground, classroom, Gap Kids. You name it… I was a very loud kid. When I was really little, not a minute would go by without me singing a nursery rhyme. I drove my Mom up the wall!

TrunkSpace: When did you decide to pursue stand-up comedy as a career and did you make a plan for how you would attack things?
Friedman: I decided to pursue acting full-time as soon as I graduated college and stand-up shortly after. My plan was to really know my brand and the product I was selling, take all opportunities that in any way align with that and to GO GO GO GO!

TrunkSpace: Is the approach you take now on stage different from the approach you took when you first started out? Is it one act that grew into itself or would you consider them two completely different acts?
Friedman: I’ve learned how to take my time. I wouldn’t say I’m by any means slow. Or even slower? But I’ve learned how to react to what’s going on around me, take things in, lean in (#cherylsandberg) and not just spring to the finish line.

TrunkSpace: Is the neon “Open” sign in your brain always turned on, and by that we mean, are you always writing and on alert for new material?
Friedman: YES! Always! That is what I use the Notes app for on my phone. Whenever I’m sitting at home on the couch or on my bed or 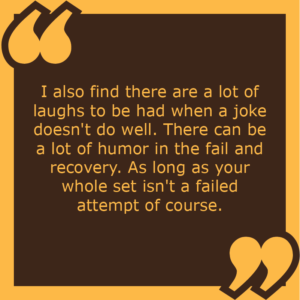 whatever, I’m like, “Wow, how will I ever think of another joke? Life is blah.” But as soon as I leave the house, even if I’m just driving, that’s when things come to me! I find it also helps to eavesdrop on people’s conversations. Sorry if that’s rude…

TrunkSpace: How much work goes into a joke before it’s ready to be tested out in front of a live audience?
Friedman: I like to post jokes on Facebook and Twitter. I have never had a joke do well there and then bomb in the audience. If I haven’t posted it but I want to test out an audience’s response to it, I’ll just sandwich it between two tried and true jokes. (And pray!) I also find there are a lot of laughs to be had when a joke doesn’t do well. There can be a lot of humor in the fail and recovery. As long as your whole set isn’t a failed attempt of course.

TrunkSpace: If a joke doesn’t seem to be working, how many chances do you give it in a live setting before you decide to rework it or move on from it altogether?
Friedman: Maybe two, depending on the audience. I don’t think it’s an exact science. If it’s more of a story joke I’ll try to condense and rework. Those are more tricky.

TrunkSpace: Is it possible to kill one night and bomb the next with essentially the same set, and if so, what do you chalk that up as?
Friedman: Audiences are weird! It’s about specific crowds, environments, ages, even how late you go up in the evening. I have had jokes kill so much that people come up to me after the show and tell me that was their favorite part of my set. Next night: the joke gets one awkward chuckle from the back of the room. It’s strange but it happens.

TrunkSpace: Does a receptive and willing audience fuel your fire of funny and help to put you on your game for the rest of your set?
Friedman: YES, OMG YES! So much. It’s so much more fun when everyone is having a good time! I’m like, “I wish I could stay up here all night!”

TrunkSpace: What is your most memorable performance experience (good or bad!) that will stick with you for the rest of your career and why?
Friedman: I think my first time performing in front of a very small audience in a very big open space. I was like, “Well this is a waste of time. I wish my one friend wasn’t here because this will be real embarrassing when you can hear a pin drop during my set.” But it actually ended up being one of my best sets and favorite shows ever! The audience was so engaged and responsive! It was incredible! After that, arriving at a show where the audience was small was a LOT less disappointing. 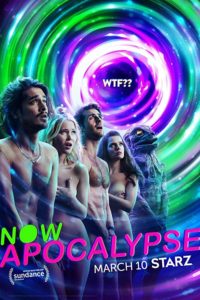 TrunkSpace: How do you handle hecklers? What approach do you take?
Friedman: I’ll acknowledge them but I WON’T give them the center of attention that they are seeking. One time a VERY inebriated person came on the stage during my set at a show in the East Village and the host physically removed them from the stage when the person got to be about a foot away from me. It’s very helpful when people do the dirty work for you. (I’m 5’2 so at a certain point there is only so much I can do.)

TrunkSpace: What are your thoughts on the stand-up landscape in 2019? Are you optimistic for the future of live comedy?
Friedman: I’m scared but trying to stay optimistic for the future of live anything! I think it’s pretty great that you can watch incredible stand-up specials for free with a Netflix password (or your ex’s Netflix password) and yet people are still going to clubs and theaters every night. Or shows at Air BnB’s. It takes all kinds.

TrunkSpace: Finally, who do YOU find funny?
Friedman: Too many people! But my brother showed me videos of Zach Galifianakis doing his musical comedy thang before I had even started doing stand-up and I thought it was INCREDIBLE! I was like, “Wait, that’s a career option?!”