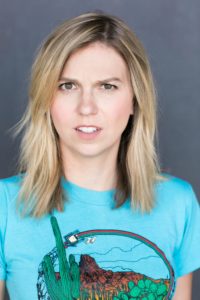 TrunkSpace: Was comedy always in the cards? Were you a “funny” kid, even at an early age?
McInerney: It kind of was, yeah. I think I didn’t realize it at first but I was always obsessed with comedy. Jim Carrey was my idol as a kid. I was pretty quiet though – didn’t act out – but I was the quiet but funny type in that I was funny with my friends and if people asked me questions, I just wasn’t the big, loud class clown.

TrunkSpace: When did you decide to pursue stand-up comedy as a career and did you make a plan for how you would attack things?
McInerney: I decided to pursue stand-up around 2010. I had been doing improv a while but there comes a point where you’re like, “I don’t want to blame someone else for a shitty show,” and stand-up is just you and you get to write. I didn’t have a set plan… just did as many mics and shows as I could while doing improv too, and eventually I just decided to focus primarily on stand-up.

TrunkSpace: How long did it take for you to discover your voice as a comic?
McInerney: I don’t think it took me long. I always had a certain type of humor I gravitated to even as a kid, so it came kind of second hand when I started to do it.

TrunkSpace: Is the approach you take now on stage different from the approach you took when you first started out? Is it one act that grew into itself or would you consider them two completely different acts?
McInerney: I think my voice is louder now, both literally and the figuratively. Starting out I would just wing every joke but now I try to focus 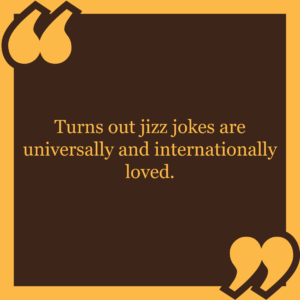 more on the technical aspect, like connecting jokes and if this bit is funny how can a make a similar bit, etc, etc.

TrunkSpace: Is the neon “Open” sign in your brain always turned on, and by that we mean, are you always writing and on alert for new material?
McInerney: Yes and no. I always look for premises but sometimes it’s hard to flesh out the joke. Sometimes I’ll have a funny premise and just hold onto it for months or years until I can grow a solid fun joke out of it.

TrunkSpace: How much work goes into a joke before it’s ready to be tested out in front of a live audience?
McInerney: Some jokes are immediately funny – a lot of those are the one-liners. A lot of times the silly, dumb jokes are just very easy to do off the bat as well. It’s the smarter ones that take a bit to rework and polish off into a funny. Also the ones that are based in tragedy or a serious topic that turns into a funny bit also sometimes takes a bit to rework and sometimes those darker ones don’t work in front of certain audiences.

TrunkSpace: If a joke doesn’t seem to be working, how many chances do you give it in a live setting before you decide to rework it or move on from it altogether?
McInerney: Probably a handful of times – not long. I think you can feel it in the air if an audience kind of likes the way it’s going, but it’s “not there yet” versus “nobody gets the premise,” I’m gonna trash it. Sometimes I don’t trash it though and just save it for a future premise that ends up working better.

TrunkSpace: Is it possible to kill one night and bomb the next with essentially the same set, and if so, what do you chalk that up as?
McInerney: Absolutely. You could blame the audience – doing the same set in, say, Denver, might not hit as well in Phoenix. It also could be your energy. Sometimes I get tired of certain jokes and find myself not selling them as much and the audience can see that. The audience can see when you don’t care. You just have to remember to commit to the bit and jokes even if they’re old. Sure, they’re old for you, but this is a new audience and everything is new to them – you have to remember that.

TrunkSpace: Does a receptive and willing audience fuel your fire of funny and help to put you on your game for the rest of your set?
McInerney: Yes, nothing better than an audience that just loves comedy. 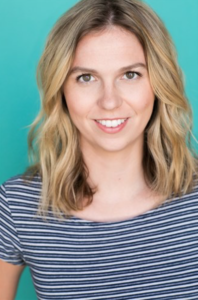 TrunkSpace: What is your most memorable performance experience (good or bad!) that will stick with you for the rest of your career and why?
McInerney: Man, I have no idea. I guess one of the best was when I did a mic in Mexico City in 2017. It wasn’t a traditional open mic – I did at least 10 minutes. I was the only English speaker and even the guy in charge was like, “Hey, heads up, they might not laugh.” And I was going in super nervous, ready to bomb, but hey, at least I did a set in Mexico, right? I ended up crushing so hard. It was one of my favorite sets I’ve ever done. Turns out jizz jokes are universally and internationally loved. The guy in charge ended up giving me a set the following day on their booked show. I was so proud. I kind of like surprising people like that because they don’t expect a blonde white girl with a potty mouth, but I bring it and they get a kick out of it.

TrunkSpace: How do you handle hecklers? What approach do you take?
McInerney: It depends on what they say. Sometimes I’ll ignore them, but sometimes I’ll yell back and it ends up becoming a great tag for a joke. One guy boo’d me once as I was doing a blow job joke comparing BJs to ice cream (Ben and Jerry’s) and I said, “Have you had a dick in your mouth and have you eaten ice cream? What tastes better?” Now I add that to the joke and it makes it funnier.

TrunkSpace: What are your thoughts on the stand-up landscape in 2019? Are you optimistic for the future of live comedy?
McInerney: I think too many people are doing it right now. LA is oversaturated. I mean, in a way, I guess it’s cool and good that a lot of people are because comedy is hot right now. Look at Netflix… they have a new special at least once a month. I do think it’s harder now to succeed though because there’s a lot of us, but because there is so many of us there is going to be so much good live comedy coming in the future.

TrunkSpace: Finally, who do YOU find funny?
McInerney: So many things. I’m a big fan of just classic ‘90s humor: poop jokes, guys dressing up as girls, physical comedy like in “Dumb and Dumber” and any ‘90’s Jim Carrey movie. I also love dark jokes and smart ones that I could never think of – the bullets bit in Chris Rock’s “Bigger and Blacker” is one of the best if not the best joke out there. SNL during the Dana Carvey and Will Ferrell eras. Huge fan of assholes that you root for a la “Eastbound & Down” and any Danny McBride thing. Chelsea Peretti, Sarah Silverman, etc, etc. “The Tom Green Show” from way back when is basically what made me the gross goofball I am.