Next up we’re chatting with Korrina Rico to discuss the difficulties of traversing Hollywood as an actor, why perseverance is everything, and how they finished the film even after running out of money during the second week of production.

TrunkSpace: If we sat down with 10-year-old Korrina and said, “Some day you’re going to be writing, producing and starring in a feature film set in the word of boxing,” what would she say?
Rico: She would tell you that it’s not far-fetched. I was inspired by filmmaking since as early as I can remember. At that age we were struggling so it would have been some tears of joy because of the emotional battles I had been going through. I’ve always been inspired in business from my parents who are both self-made that came from nothing. Being Mexican, the boxing world has always been a part of my life. It was a big deal for us and I remember as a child always going with my parents to boxing viewing parties and they would bet on which round and on a specific boxer. Boxing is such an exhilarating sport and it was easy to identify with because these fighters are fighting for their life, to get out of their current situation, to bring better opportunities and fighting for their countries. It’s important to make your mark in this world and inspire any way that you can. You can make it out of any rut of a situation as long as you have the will to fight for it.

TrunkSpace: There are a lot of messages to be uncovered when sitting down to watch “Glass Jaw,” but one of the easiest ones to identity is a never-give-up mentality. Have you applied that same POV to your own career – a sense of personal perseverance – that has gotten you to where you are today?
Rico: Absolutely. In Hollywood, it’s hard. You have everything against you. Auditioning is the worst. It’s literally like waking up every day to 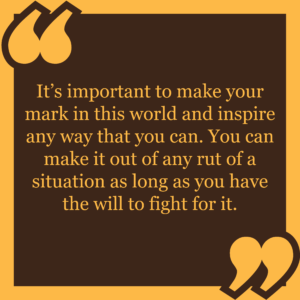 go for a job interview. We deal with rejection on a daily basis and that does some mental torture to your soul. You start questioning your value, many question their morals and do other things to get jobs that was just out of the question for me morally. However, I’ve always kept going. Perseverance is everything. It’s important to balance your life with people that will inspire and lift you up also. Believe in yourself and know nothing of quality is made over night.

TrunkSpace: What is the biggest obstacle you’ve had to overcome to be standing here today talking about a film that you helped give life to?
Rico: Dealing with the politics of the industry. It’s all about who you know and what people run which film festivals, etc. You have to know someone to get in, so don’t waste your money. What “stars” or who is relevant or “that person isn’t relevant anymore” or “this person is worth this much in this country.” It’s all crap. It’s not about the best actor that busted their ass for the job. It is a business. So on the positive side, as an actor, I used to be so insecure that I wouldn’t get certain parts. But as a producer, now I understand why I didn’t get those parts. Also, friends getting upset I didn’t put them in my film – as a producer, I now understand it’s not that easy. Dealing with unions and budgets, it’s a whole ordeal. I felt bad because if I’m going to feed someone, I’m always going to want to feed my team.

TrunkSpace: As someone who was involved in nearly every aspect of the production, did that give you intimate knowledge and a personal closeness to the character Dana that you couldn’t have achieved if you just stepped on the set to play her? Were you already inhabiting her before you ever had to on-camera?
Rico: In many ways, yes. Because we wrote it and were able to develop the characters, I identified with Dana in many ways. We all struggle, we are all human, we are all flawed and we make mistakes. It’s important to learn from them and always stay true to yourself.

TrunkSpace: We asked Lee this as well, but did producer Korrina and actress Korrina ever butt heads in terms of what one knew was possible to accomplish and what one hoped was possible to accomplish? How do you find the middle ground between the creative wants and the day-to-day needs?
Rico: Yes, we butt heads because you battle the business aspect versus the creative aspect. Creatively speaking, I may envision a certain idea or location, etc., and then the producer side would say battle because of budget or time, etc. 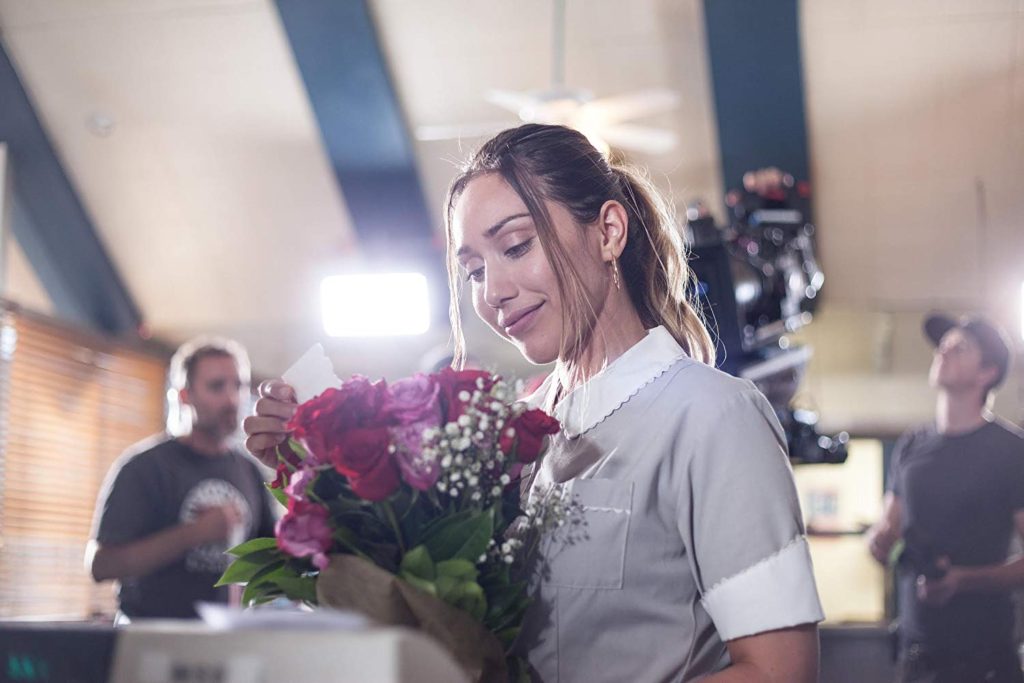 TrunkSpace: What are you most proud of with the film?
Rico: I am so proud of what we were able to create. The resources we were able to pull off being so green to production. We were surrounded with such professionals. God was really on our side in guiding us the entire way, placing such talented artists in our hands. The entire crew and cast. The flow of the film was like a family and everyone was so happy to be on set, so the energy was immensely gratifying.

TrunkSpace: We talked about personal obstacles you have faced, but what was the biggest hurdle you had to overcome to see “Glass Jaw” through to the end? Was there ever a moment where you felt it wouldn’t get made?
Rico: Yes! Week 2, we ran out of money. All odds were against us. We went through every single week having to re-raise money until the end. We prayed and worked so hard. It took a toll on us. One second we were acting then as soon as they cut we would be on the phone trying to get more funds to get us onto the next week. No one ever knew because we never wanted the energy on set to be affected. We knew in our hearts we could get it done, and again, not to be preaching, but when a higher power is with you, it’s an undeniable force that has your back. We never thought negative, which got us to the finish line.

TrunkSpace: Do you feel like the film has become a calling card for what you’re capable of both in front of the camera and behind it?
Rico: Absolutely. I’m staring to get emotional just reliving the moments. This film being our first, is our baby. We learned so much that there is no film school to teach you. Making a film is so hard. So, so, so hard. “Glass Jaw” set the tone of the next wave of our films, which will all be great, but with more resources and higher budgets, there’s only greatness that can come from the caliber of what we can achieve.

TrunkSpace: Time machine question! If you could jump ahead a decade and get a glimpse of what your career looks like 10 years from now, would you take that journey?
Rico: I’m on the way! 10 years goes by so fast. So there is a lot to do. We plan to branch into distribution in addition to our film production 117 Eleven Seven Productions. We have a slate of films we are working on and really looking forward to it. We just pray everyone is able to be inspired by “Glass Jaw,” identify with the characters and take from it that no matter your circumstances, you have the power to go against the odds and pave the way for your future.