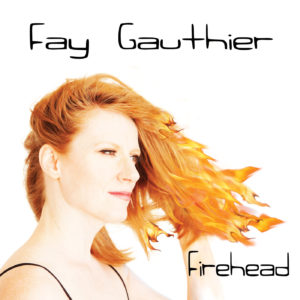 TrunkSpace: How do you describe your music?
Gauthier: I recently started calling it “Genre-fluid.” In the most general terms it’s pop, but depending on the song it can swing towards jazz, blues, country, or other genres.

TrunkSpace: Many singer/songwriters use writing and creating as a form of therapy. Does creating serve that purpose for you? Do your songs say things about you that you yourself are unable to say?
Gauthier: Yes. Sometimes, even if I don’t realize it at the moment inspiration strikes, I’ll look back at something I’ve written and realize it mirrored some aspect of my life, or shed light on a previously unexplored emotion or experience.

TrunkSpace: What does your songwriting process look like? Do your songs tend to come into this world via the same method?
Gauthier: Usually melody comes first, or the melody and lyrics come at the same time. Very rarely I will start with a lyric and write a melody around it.

TrunkSpace: What is it that you hope draws people to what you create? What do you want them to discover within the songs? 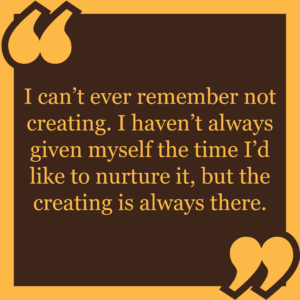 Gauthier: Connection, and enjoyment too. I love it when someone tells me they were moved by a lyrical line or a particular song. And I’m honored when something I’ve created resonates at an emotional level.

TrunkSpace: Your new album “Firehead” was recently released. Now that it is complete and able to reach the ears of listeners, how do you view it? Has your opinion on it and the experience changed since you first wrapped in the studio?
Gauthier: I am as excited now about this album as I was when we wrapped in the studio. It’s a blessing to have worked and to continue to work with the amazing team of producers and musicians whose talent went into making “Firehead.” And the feedback has been wonderful. What’s been especially fun for me is the wide variety of opinions I’m getting from listeners on which song is their “favorite”. It makes me feel like our decision to include a range of genres gives the album a broader appeal.

TrunkSpace: What were you hoping to accomplish with the album and did you achieve it?
Gauthier: Most importantly we wanted to put out music that we and other people would enjoy. At the same time, we wanted it to show my versatility. And I do feel this album achieved that.

TrunkSpace: What was the biggest thing you learned about yourself during the writing and recording of “Firehead” and was that discovery a surprise?
Gauthier: The biggest discovery was realizing just how much joy I missed out on when I took a break from music. It wasn’t a surprise so much as a potent reminder of how important it is to do what you love.

TrunkSpace: Outside of your career in music, you’re also an actress and writer. Have you always had a creative focus? What is the longest time you’ve ever spent NOT creating?
Gauthier: I can’t ever remember not creating. I haven’t always given myself the time I’d like to nurture it, but the creating is always there.

TrunkSpace: Where are you hardest on yourself creatively?
Gauthier: Definitely my writing. Whether it’s a character’s dialogue or the lyrics to my songs.

TrunkSpace: If you were starting your career over, what difficult lesson learned do you wish you could have avoided?
Gauthier: Being too intent on pleasing others. Everyone has an opinion on how an artist should approach their craft, or how she should niche herself. I’ve learned to be open to opinions, but also to accept that I can’t possibly please everyone, so ultimately I need to trust my own instincts.

TrunkSpace: What else can fans of Fay Gauthier look forward to for the rest of 2017 and into the new year?
Gauthier: I’ve written a couple new songs and I’m looking forward to sharing them soon. I’ve got a great band together for live performances in and around LA. And I’m looking at putting out a couple more music videos for songs from the album.