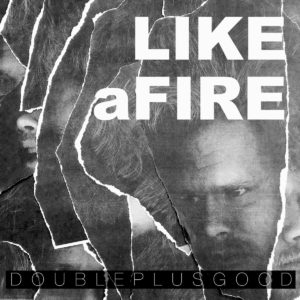 TrunkSpace: How would you describe your music?
Carlson: I kinda strive to make something that sounds classic and hard to place. I’ve always been told it sounds kinda like country standards with 80s production. Kinda like Roy Orbison fronting The Smiths.

TrunkSpace: You recently announced your first European tour. While the mission is to spread your music to other parts of the world, what else do you hope to accomplish, even on a personal level, while on that very long road?
Carlson: I’m excited to get to see so many countries. It’s 17 shows and by the time I’ve finished I think about 10 countries, plus some travel time for myself after all the shows. I’m just looking to be open to any new experience that comes out of traveling so much.

TrunkSpace: Life experiences are often the spark for songwriters. A European tour has the possibility to drop a lot of life experiences on you. Are you anticipating discovering songwriting 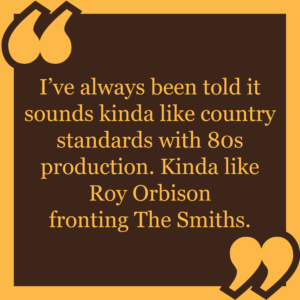 inspiration while embarking on this journey?
Carlson: For sure, I mean, I don’t think you can do something like travel for this long and not be influenced. You’d have to go out of your way to avoid any impact. I’m hoping on my nights off to go see more music. Europe just has such a rich history of music, I’m hoping to take in anything I can.

TrunkSpace: How do you approach songwriting? Do you write from those life experiences we mentioned above or do you take more of a storyteller’s approach?
Carlson: I don’t think any two songs happen the same way. I’ve had songs which feel like they sorta just fall out of my mouth and I can’t explain where they come from, and others where I set out to describe something or tell a story. My main approach when I’m songwriting is to just give myself a lot of time and space to try anything and see what comes out from it. My most successful songwriting periods come when I give myself two to three hours in the morning to just create and see what comes out. Sometimes it’s a vocal melody, sometimes I start with a beat, sometimes it’s some mix. I think it’s just about regimenting a bit of time to let yourself wander.

TrunkSpace: You perform under the name DoublePlusGood. What inspired you to take that name as opposed to performing under your own name?
Carlson: I think when I first started writing and recording I wasn’t playing out as much, it was more of a production project, beats and the like, and it made more sense to use a name other than my own. Over time though it’s kinda grown into more of a songwriting project, but I like having a moniker.

TrunkSpace: You’re based in Portland, a city filled with creative people. Does that creative environment feed your own creativity?
Carlson: Most definitely. There’s no way it can’t. Most of my peers make art or music in some capacity.

TrunkSpace: What is your earliest memory of writing in a creative format and how long did it take for that skill set to find music as an outlet?
Carlson: I’ve been writing music since I was in high school. Started with sorta open sourced electronic software and morphing into something less abstract into something more writing-oriented. I think I remember writing for years, but finally finding a voice in college that I felt comfortable performing out with.

TrunkSpace: So that’s when you discovered your songwriter’s voice?
Carlson: College was when I think I was more of a songwriter at heart. I had been studying electronic composition at the University of Oregon, and while I found the process really exciting and groundbreaking, I started feeling like I was more of a pop singer at heart. It was kind of like defining yourself by differences, saying, “This is really amazing, but not what I want to be doing.”

TrunkSpace: What is your favorite part of DoublePlusGood beyond the songwriting and performing? Is it making videos? Is it marketing your music? What is it that excites you beyond the main focus itself?
Carlson: I think it’s towards the end of a writing cycle when you kinda look back and see the work for what it is, and get a little perspective, and you’re able to actually see the common thread between all the writing and production. From there it’s fun to then conceptualize the whole package, the videos that’ll accompany the music, the album artwork, etc. That’s when magic starts to happen. I had one record where I worked with a few artists on graphic design, videos, etc., and for some reason everyone used skeletons in the imagery, without any direction from me to do so. It was kinda magical to just see that so many people picked up some common imagery independent of one another from the album. I loved it! 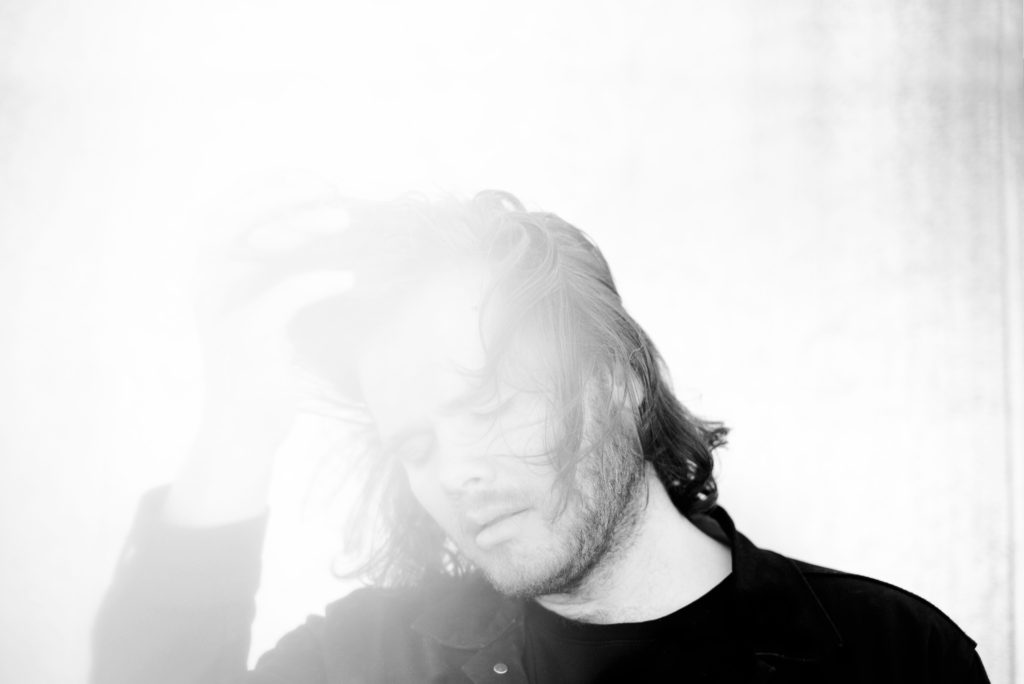 TrunkSpace: Where are you the hardest on yourself when it comes to your music?
Carlson: I think often while songwriting I hit a wall when I’ve worked on one idea so hard and nothing is coming of it. Sometimes I forget to walk when an idea is taking too long and revisit it with fresh eyes/ears. Sometimes I’m able to flesh out something or just tell myself it’s not worth stressing and start something new. Sometimes that process can just give me a ton of anxiety and self doubt if I don’t remember to step away, that’s probably when I’m most self-critical.

TrunkSpace: What can fans expect from DoublePlusGood for the rest of 2017?
Carlson: I’m working on a special collaboration with my friends in Small Million, who are an amazing band. When I’m back from tour, I’m going to start recording a few demos to try and put out the follow-up EP to “Like A Fire” sometime in 2018, and then I just want to keep playing a bunch. Lots of fun stuff in the future!