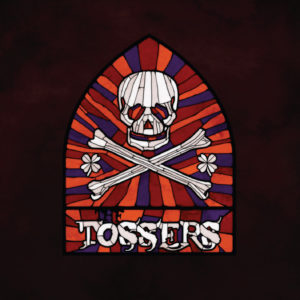 You don’t have to be in a funk just because it’s (feeling) like a Monday. Instead, get funky!

TrunkSpace brings you another (bonus) edition of Musical Mondaze. This time out we’re sitting down with Tony Duggins, frontman for The Tossers, the Chicago-based band that has been infusing punk with traditional Celtic music for 24 years and counting. Their latest album “Smash the Windows” is due out March 3rd.

We sat down with Duggins to discuss the band’s songwriting process, maintaining his voice, and how the current political and social climate could rub off on both the punk and hardcore scenes.

TrunkSpace: The band has been at it 24 years now, which, is probably older than some of the fans at your shows? How has the band stayed relevant to younger generations?
Duggins: I don’t know. I don’t think about a younger audience. We just… or I just anyway… write for myself. I think we just are who we are, you know? (Laughter) I also think our audience is growing a little older as well. (Laughter)

TrunkSpace: (Laughter) Does that mean they can’t party at the live shows as much much as they used to?
Duggins: Not from what I’ve seen on the stage! (Laughter) They’re still going strong.

TrunkSpace: Can you envision a time where you hang up your banjo and the band is no more? Is that even a possibility in your mind?
Duggins: Oh hell no! This is what we do. This is how we grew up. This is in our blood. Me anyway… but I think I can speak for the rest of the guys and the gal. We will do this forever because… as songwriters, I make the music that I want to hear, so that’s basically our approach.

TrunkSpace: Two decades plus of performing live. How do you maintain your voice and have you ever had any scares with it going out on you?
Duggins: No, I never worry about it. It has gone out from overuse. It goes out all… every time. I don’t know. You just keep on going. (Laughter) There’s things I can do. Maybe some nights, if I’m really hurting, I won’t attack it so hard. That’s about all I can do.

TrunkSpace: Do you try not to book too many shows back to back to give your voice some rest?
Duggins: No. We don’t do that. Some nights I’ll take it easier than others, but that’s very seldom. If we’ve got a good enough PA system… you tend to overcompensate when the PA is not as loud 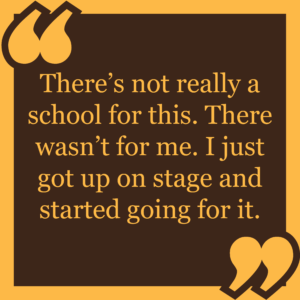 or when you can’t hear yourself. You’ve got to be conscious of that and not do that. It’s like any tool… any tools that you’re working with… you’ve got to let the microphone do the work. That’s got to be how Slayer does it because there’s no way Tom (Araya) can still do that after all these years. You know, he let’s the tools do the work and he prevails. (Laughter)

TrunkSpace: A lot of times it’s probably just recognizing your own limitations, right?
Duggins: Yeah. And definitely with getting older, you have to recognize your limitations because it’s become a lot more frequent. My voice would go out when I was younger and I’d just keep hitting just as hard. But you learn. There’s not really a school for this. There wasn’t for me. I just got up on stage and started going for it.

TrunkSpace: What were the goals when you set out to record “Smash the Windows?” As a band, what were you looking to accomplish this time out and when you listen to it now, did you achieve it?
Duggins: We didn’t really have any goals in mind. I just let the songs come to me as they come. But, when I start getting a group of songs together, I look at it as a whole album and I say, “Alright, what do I need now?” And I’ll say, “We need a slower song with a medium pace.” Something like “Dirty Old Town.” So I’ll say, “Alright, I’ll try to write something like that.” And then I just reinvent it. There’s a mood and a pace and an album structure. I mean, there’s ideas that have got to be there, especially… I mean, I’m making a specific type of music that ought to have elements in it. I have a basic idea of what I want an album to be and then after my first six… seven songs… I can tailor the rest of it to that. But still, those songs have to come to you. You just can’t make it up. (Laughter) You just can’t fake it. I can sit down and try to write a song like “Dirty Old Town.” I need that pace of a song… that kind of a mood. And then I came up with “The Town Where I Was Born” on the new record. That came up that way.

TrunkSpace: The album features 17 tracks. Is that a tip of the cap to St. Patrick’s Day?
Duggins: No. It’s just cause we cut a couple of songs off. (Laughter) It just ended up that number.

TrunkSpace: Is there a track on the album that you’re most proud of in terms of how it came out or from a songwriting standpoint?
Duggins: I’m really proud of a lot of them. The one that I keep listening to the most right now is “Lots of Drops of Brandy.” It’s a cover of a Chieftains song and I’m really proud of that. I’m really proud of what we did with “Erin Go Bragh.” I’m really proud of the cover we did on there… “Danny Boy.” We just put a lot of work into it and it just sounds really good and the other players did great work on it too. There’s lots of stuff all over it. And the songwriting I’m proud of. I stayed on it. I didn’t give up until we were satisfied lyrically and musically.

TrunkSpace: What is the studio process like for you? Does it fuel creativity or can it start to feel like a grind?
Duggins: Well, we write individually so we bring the songs to rehearsal and we just learn them. And usually the songs are pretty much done by whoever wrote them, which is usually me. But, yeah, it can get to be… there’s a song on there, “Whiskey,” and I wrote it… I started writing it for the last record and it took me four years to write it for that record and then two or three years for this one. That song has been around forever and I just stayed on it until it was as good as I wanted it to be. So that song was about six years in the making, so yeah, that seems like work but I never gave up on it until it was presentable… until it was perfect. Yeah, it can seem to be like work, but a lot of those songs just come right out. You might have to wait for a month or two for a line or a melody or a lyric or something, but usually if you persevere or hang in there, it will come.

TrunkSpace: Do you guys have a tendency to try out new songs with a live audience first or do you just take them into the studio?
Duggins: Hell no. We always try them. We’ve been playing a lot of songs off these records. And we’ve played different versions to different crowds. And you know, there’s YouTube evidence to prove that. (Laughter) But yeah, we definitely try them out on an audience. We just want to play them. It’s not like we’re really trying them out… we’re playing them to see how they sound and we’re having fun with them. Like that “Whiskey” song. I thought it was a good song that first time that I wrote it, so we started playing it, and then I just was never happy enough to put it on a record until now. So that’s just kind of how it goes. 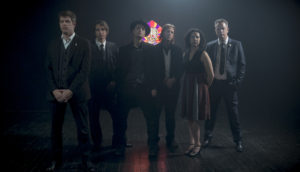 TrunkSpace: You guys are from Chicago. What are your thoughts on the way the city has had a spotlight shined on it lately with the new administration? It seems to have gotten a bad wrap and become a bit of a lightning rod.
Duggins: Yeah. Right. Everything seems to be a lightning rod with this guy. (Laughter) He’s telling us how horrible… he’s telling us we need to do this because this is horrible and we need to do that because this is horrible. “We need to get tough on crime because Chicago is terribly crime ridden.” And yeah, we’ve always had our problems, you know, but Chicago… I know you can walk around town and it’s the same neighborhoods, the same places, the same friends, the same people who have befriended me and welcomed me all my life. And that’s what I see. And I have lived in some rough neighborhoods, man, and I’m alright.

TrunkSpace: A lot of times the people pointing fingers at a city are the ones who don’t spend any time there.
Duggins: Yeah. Some people seem to be pointing their fingers at people that they might not spend a lot of time with. There’s a lot of finger pointing going on right now. I think they’re all full of crap.