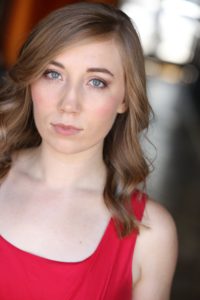 TrunkSpace: When did you know that you wanted to act for a living?
Thomas: I get asked this question quite often, and most people are surprised to hear that I never had a “moment” that propelled me on this journey. It might sound silly to some, but I feel that I was born knowing I would pursue this career. It’s what I’ve known as long as I can remember, and there has never been a question in my mind.

TrunkSpace: Was there a particular performance or actor/actress from your childhood that you remember being drawn to and inspired by?
Thomas: I was a passionate Disney fan (and I still am). “Aladdin,” “Pocahontas,” “Beauty and the Beast,” “Hercules,” “Mulan”… all of the stories and the characters inspired me to tenaciously follow my dreams and have courage in the face of adversity. As far as “live action,” I was a passionate “Harry Potter” fan (and I still am). I grew up with those actors and with each book/movie. The saga helped me cope with the changes that come with growing older, and it always reminded me of the importance of love and friendship in troubled times.

TrunkSpace: How did you decide to approach your career as an actor? Did you formulate a plan of how you wanted to attack what is known for being a hard industry to crack?
Thomas: I would definitely consider myself a planner, so it might come as a shock that I didn’t really have a plan when I moved to LA. I think you can have goals and ideas of how you want to achieve them, but to me, it is dangerous to have a rigid plan. There are thousands of ways to achieve success in this industry (not to mention, thousands of definitions of “success”), and there is not a clear-cut path. If you have that inflexible mindset, you close yourself off from opportunities that might be beneficial for you and your career. I like to think of it as a map. My goals are my destination, but there are a hundred different roads I can take to get there, and I am open to whichever road presents itself.

TrunkSpace: When did you decide to move away from your home and pursue acting as a career? How old were you at the time?
Thomas: I have known I wanted to live in Los Angeles since I was five years old and I saw the Warner Bros. animated film “Cats Don’t Dance” about a singing and dancing cat that moves to Hollywood to pursue his dreams. However, I actually decided to move shortly before my 23rd birthday. After spending my first year out of college moving around and not having much luck, I ended up back at home with my parents. One night, I was really struggling with the decision of where to move and what to do. Out of nowhere, my Disney snow globe started 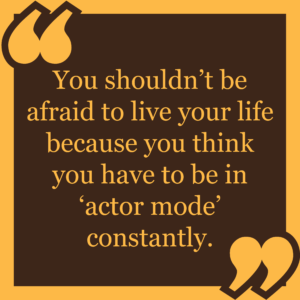 playing “When You Wish Upon A Star.” I hadn’t touched it in months. And I took it as a sign that I needed to follow my heart out to the West Coast.

TrunkSpace: Was that move an easy transition for you initially? How long did it take you to feel at home and find a good support group of friends and peers?
Thomas: The move was initially very difficult. I have always been close with my family, so not having them or my friends here and not really knowing anyone was discouraging and lonely. But around mid-January I was able to find a job that connected me with some of the most wonderful people I have ever met. I still miss my friends and family terribly, but now that I have formed an amazing support system here, LA is a pretty great home away from home.

TrunkSpace: What has been been your biggest break in terms of a particular role or project thus far?
Thomas: My biggest break so far was probably starring in the SAG-AFTRA New Media comedic short “Roommates” that I also wrote. It was an exciting and challenging acting experience, and it was also extremely gratifying to hear others laugh at lines that I had written.

TrunkSpace: Is there a specific type of role you’d like to take on or a specific genre that you feel more at home in?
Thomas: The best roles are the ones that combine comedy and drama. It would be great to play a character that is goofy and fun but also vulnerable and haunted. I would also love to have a role in an adventure/fantasy film like “Pirates of the Caribbean,” “Jurassic Park,” “Indiana Jones,” etc. The score, the stories, the characters… everything about them appeal to me. Really, I just want to do it all. 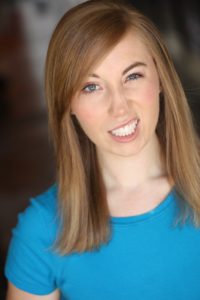 TrunkSpace: What would you say is the greatest strength an actor/actress can have outside of acting ability itself?
Thomas: Remaining humble and grateful is certainly one of the best qualities an actor can possess. But to me, the greatest strength an actor can have comes in knowing how to have a life outside of acting. Don’t get me wrong, you absolutely need to be putting the time and effort into your training just like you would if you were an athlete training for the Olympics. But having experiences outside of acting… falling in love, traveling to a foreign country, getting involved philanthropic cause… are vital to the human experience. And having those experiences makes you a better actor because you have more to draw from. You shouldn’t be afraid to live your life because you think you have to be in “actor mode” constantly.

TrunkSpace: What is your ultimate dream when it comes to your acting career? Where would you like your path to lead?
Thomas: My ultimate goal is to be on “The Late Show with Stephen Colbert” and “The Ellen DeGeneres Show,” because both of them are my heroes. But mainly, I want to surround myself with and work with creative, hilarious, and kind people, and yes, that does include certain famous actors that I look up to. I would also like to be in a prominent enough position to use my voice for positive change in the world, my main focus being on wildlife preservation, women’s/LGBT rights, and mental health and education in my home state of Mississippi.

TrunkSpace: What advice would you give another young aspiring actor/actress who is considering moving away from home to pursue their dream?
Thomas: Don’t wait for someone to give you validation or opportunities. Create your own. If you want something, go for it with everything you’ve got.