TrunkSpace: When did you know that you wanted to act for a living?
Grace: I knew as a young child, that acting was something that I had to pursue. I always felt that I could tell stories as well as those cast in parts on my favorite shows. I remember, “Who’s Afraid of The Dark” for sure, and I wanted to be on that show so bad!

TrunkSpace: Was there a particular performance or actor/actress from your childhood that you remember being drawn to and inspired by?
Grace: Absolutely, for what really sealed my inspiration was Kirsten Dunst and when she played, Claudia, in “Interview with the Vampire” I was so thoroughly impressed with her performance and felt, “If she can do it, I know I can do it too.” Boom.

TrunkSpace: How did you decide to approach your career as an actor? Did you formulate a plan of how you wanted to attack what is known for being a hard industry to crack?
Grace: Oh boy, this is still a tough question after all these years. I knew, that if I didn’t at least try to pursue acting, I may live in regret for the rest of my life. I remember feeling that as young as age nine. My father really wanted me to study and become an engineer. I toyed with the idea of getting my law degree, and I remember Pops saying, “You can do it, all you need to take are baby steps.” When I did apply to San Francisco State University, it was for a Theater Arts Major. Funny enough, I didn’t elect to have an academic counselor when I started, and two years after my receiving my Associates Degree, I realized that I had fallen into Psychology. It was difficult to get into theater classes after my first two years. I should have signed up for those courses freshman year. But honestly, I didn’t have the confidence, at all, to pursue it in college. But Psychology has served me very well in my study of the craft of acting, for one must know, how and what, motivates people to do the things they do. So, plan wise? I just had to remind myself that acting was to be pursed in baby steps as well. I feel I have to remind myself that acting is NOT that same formula as getting your Doctorate or a Law Degree. Where one gets their BA or BS, then Masters, then Graduate Program/Med School, then the tests to tell you’re ready to get a residency or internship. Acting is NOT the same. I don’t feel that there is a true tested formula for making it as an artist. It’s a matter of plugging along and seeing what does and doesn’t feel right, and trusting your intuitions along the way. 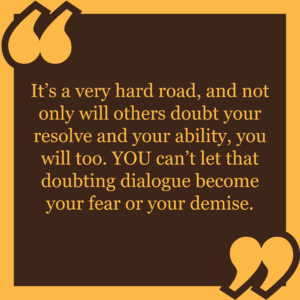 Grace: I went to college right after graduating from high school. My last semester in college, a friend of mine who did study entertainment, mentioned she got an internship at a casting directors office and was moving to LA the summer after graduation. I hopped on that band wagon and moved here with her. I was freshly 21, and still had A LOT of work to do, not only in making moves in the industry, but on myself as well.

TrunkSpace: Was that move an easy transition for you initially? How long did it take you to feel at home and find a good support group of friends and peers?
Grace: It was easy in the sense that we ended up moving in with a lovely friend we had both met in college. She had a few extra rooms in her childhood house that her parents left to her and her siblings when they bought a second house a few blocks away. They were very patient with me, as I was really going through and experiencing my own demons. I ended up moving in with my grandparents a couple months after moving here, which was a blessing. I am lucky enough to have family here that has always supported me. But as much as others wanted to help me, I found myself pushing away, still not feeling that I deserved any help from anyone. I did feel alone for years, despite meeting some very amazing and patient people, it still took me some time to allow myself to trust others and let them in. But it became easier when I started studying at Beverly Hills Playhouse. That’s when the walls started to crumble down.

TrunkSpace: What has been been your biggest break in terms of a particular role or project thus far?
Grace: I went on an audition for a feature and it was improv. Very basic, you need for your scene partner to stay with you, but they for sure leave at the end of the scene. I remember sitting in the waiting room and writing down all the logical reasons why that character should stay with me. I did my homework, and I remember feeling like I nailed that audition. In fact, I did a happy dance walking back to my car. A few weeks later, the director, Antoine La, called my back in to read with nine other people they were casting for the opposite role. And to my absolute delight, Tim Drier, whom I’d worked and studied with at BHP for the past couple years, showed up to read for that part! It was a wonderful experience! Though I didn’t hear back immediately, I was okay with that. I did what I could and I figured they went with someone, probably younger, for that role. Tim told me to keep my head up. And a couple weeks later, Antoine reached out and told me that, though they went another direction for the part I originally read for, they actually wrote in a part for me, based off my auditions. I’m telling you, THAT was the moment I knew that I was REALLY on the right path, and I am so happy I stuck it out for as long as I have.

P.S. Tim booked his role too and we filmed our first feature, “Followed,” with the most FANTASTIC team, produced by Viscape Arts! Stay Tuned, it’s almost wrapped in post and slated to release 2018! #followedmovie baby!

TrunkSpace: Is there a specific type of role you’d like to take on or a specific genre that you feel more at home in?
Grace: I love all genres, honestly, and as long as I gravitate toward a storyline, I’m happy to play and experience the role.

TrunkSpace: What would you say is the greatest strength an actor/actress can have outside of acting ability itself?
Grace: I find that the greatest strength one could ever have, is to TRUST and have absolute faith and confidence in yourself and the choice you made to pursue your craft and dream. It’s a very hard road, and not only will others doubt your resolve and your ability, you will too. YOU can’t let that doubting dialogue become your fear or your demise. You know you’re true heart and passion, and you need to trust that. And remember, you could be the best actor in the room, but that doesn’t promise you’ll get the part. So realize, it’s not rejection if you don’t book, you just weren’t what they were looking for, but that DOESN’T mean you aren’t good and you don’t deserve it. But babe; I’ve seen and met a lot of jaded people trying to make it in this industry. TRUST when I say that you can’t let your ego get the best of you. You will be you’re own worst enemy. Don’t let your fear and self consciousness overwhelm you. Remember, you know your ability, so again, it’s all about trusting yourself.

Did I stress that too much? Did I say trust too many times? (Laughter)

TrunkSpace: What is your ultimate dream when it comes to your acting career? Where would you like your path to lead?
Grace: My ultimate dream when it comes to my acting career is simple. When I watch a show, or movie, or play, and I am moved, I feel a sense of catharsis. My dream is to do the same for others, to help them realize something about themselves, and maybe learn a little life lesson from the story I’ve helped to create and tell. I want to move people. And walking down the red carpet and up to that podium of course! I’ve been visualizing it for so long, I’m so excited for it to manifest!

TrunkSpace: What advice would you give another young aspiring actor/actress who is considering moving away from home to pursue their dream?
Grace: You have to be prepared to be very very patient. Be patient with learning technique and studying your craft. Be patient to get the right head shots and develop a good reel. DON’T give yourself a timeline: i.e., “I’ll give it two years.” If you really really want it, “It takes a super human effort,” said Alex Craig Mann. So be patient AND persistent. For don’t forget, this is the industry of “hurry up and wait.” And, take it easy on yourself. You may go through a year where you are booking left and right, then the next year, it seems like it’s all dried up, and you haven’t been called in for auditions, or you can’t find a new agent, or a manager. There are ebbs and flows in this industry, be prepared to ride them and not fight them.