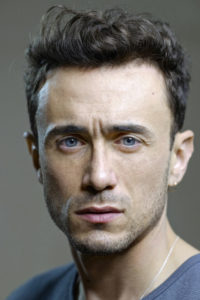 TrunkSpace: When did you know that you wanted to act for a living?
Martino: Quite soon, when I was about 13. I was such an introverted and rebellious kid, so upset with everything and everybody. I just wanted to escape reality. Then I started doing theater. When I was on a stage, everything magically disappeared. I was able to be someone else. I never found anything else I was so passionate about.

TrunkSpace: Was there a particular performance or actor/actress from your childhood that you remember being drawn to and inspired by?
Martino: Man, the answer is such a classic one. James Dean. The scene when he tries to hug his father, screaming and crying at the same time, in “East of Eden,” is just breathtaking. I also liked River Phoenix a lot. I’ve just re-watched “My Own Private Idaho.” He was so talented, so interesting in everything he did.

TrunkSpace: How did you decide to approach your career as an actor? Did you formulate a plan of how you wanted to attack what is known for being a hard industry to crack?
Martino: The plan is not to attack it and not trying to crack it. I’m just gonna work at improving myself as an actor every single day, and aim to deliver the best possible performance every chance I get. I’m confident this will attract the right people and the right projects.

TrunkSpace: When did you decide to move away from your home and pursue acting as a career? How old were you at the time?
Martino: 18. My mother is still crying. (Laughter)

TrunkSpace: Was that move an easy transition for you initially? How long did it take you to feel at home and find a good support group of friends and peers?
Martino: It wasn’t easy at all. Let’s face it, when you’re in your teens and your 20s, your social skills are not at their best. It takes a long time to feel you belong somewhere. And now that I’m spending more and more time in LA, it’s like starting everything from scratch again. But I’m stronger now. I guess at a certain point you kind of understand that home is where you are. You leave the door open, and know that the support group will arrive at a certain point. It’s so important to have reliable friends in this industry, and people you can really trust. You’re never gonna make it alone.

TrunkSpace: What has been been your biggest break in terms of a particular role or project thus far?
Martino: There’s this great Italian theater actor, Roberto Herlitzka, which I always loved. I saw almost all of his shows, I always thought he was just the best. A few years ago, I was called to 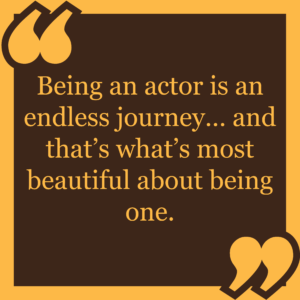 share the lead character of a movie with him. Basically, I was playing the same role at a younger age. It was such a gift, I almost couldn’t believe it.

TrunkSpace: Is there a specific type of role you’d like to take on or a specific genre that you feel more at home in?
Martino: I always liked restless characters, huge emotions, big dramatic scenes. I guess that’s always been the kind of character I’ve been cast and recognized for. But lately something is changing… I feel more and more at ease in comedy. The truth is comedy comes from an even darker place than drama. It’s fun for the audience, not for you as an actor! But hearing someone laughing about your issues, is such a great relief! I love it.

TrunkSpace: What would you say is the greatest strength an actor/actress can have outside of acting ability itself?
Martino: This is maybe one of the most important lessons I’ve learned lately. Great actors are people who own their issues. They know what they are, they don’t judge them, and they use them as burning energy for their performance. Actually, they overcome them in every performance. Most of the people tend to become victims of their own stories and issues, they let them drive their lives. Great actors know that those are just the things that let them create amazing art.

TrunkSpace: What is your ultimate dream when it comes to your acting career? Where would you like your path to lead?
Martino: That’s a tricky one. I want to do the kind of projects that inspire people. Movies were such a great help for me when I was a kid. They empowered me and helped me understand what I wanted, and I was able to do something good with my life. I want to give that back to someone else. Obviously I want to be in great projects, I like validation and money is definitely not a secondary issue. But the moment I receive a letter from someone saying I inspired them to overcome something in their life… that’s the best prize for me. It just empowers me so much. 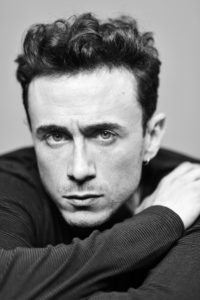 TrunkSpace: What advice would you give another young aspiring actor/actress who is considering moving away from home to pursue their dream?
Martino: Be honest. Ask yourself what’s the thing that really motivates you, what’s the thing you need to communicate to the world. Be specific. Stay connected to your real urgency. Know what you want, what you really dream of. It’s not about what you should dream of, it’s about what you (and just you) really dream of. If this urgency is honest, just go for it. Just be prepared to overcome a lot of obstacles. And be aware that there’s never a real satisfaction. Being an actor is an endless journey… and that’s what’s most beautiful about being one.

TrunkSpace: Where can people (and casting directors) learn more about you?
Martino: I’m usually not a big fan of reels, but this friend of mine edited one I really like. I think you can somehow get a sense of who I am through these brief scenes. It’s here, you’re welcome to take a look.