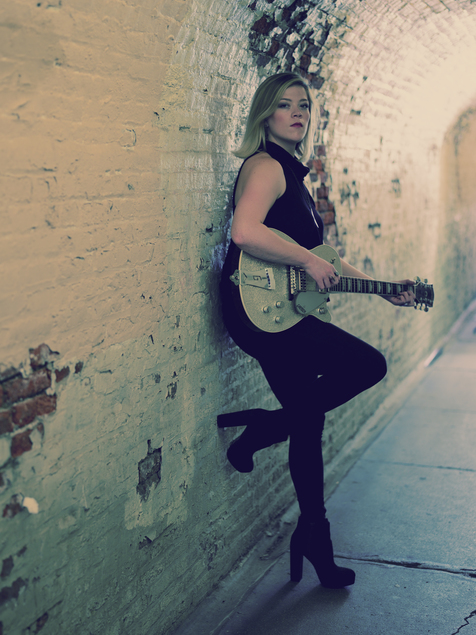 TrunkSpace brings you another edition of Musical Mondaze. This time out we’re sitting down with singer/songwriter Liz Longley, an artist who pours herself into her music, leaving no emotional stone unturned. Her sophomore album “Weightless” was released in August and she has been spending much of her time on the road in support of the album ever since, a place that she feels at home (away from home).

We sat down with Longley to discuss songwriting, working through writer’s block, and finding balance in the life of a traveling musician.

TrunkSpace: You seem like you write from the heart and with honesty. Do you ever worry that you’re putting too much of yourself into your music?
Longley: That’s a good question. I have found that the more honest I am in my writing that the more honest people are with me at shows. The more open I am the more open they are. And then I feel like it packs more of a punch in the long run to just be completely unguarded. So, I found it to be really rewarding.

TrunkSpace: When you’re tackling a difficult personal subject in your songwriting, do you ever concern yourself with the fact that if the song resonates with people, you’ll have to revisit that subject for years to come?
Longley: Well, I wrote a song about my grandmother years ago who lived with my family and had Alzheimer’s and that was something that I didn’t really plan on sharing. I thought I’d keep it to myself and that it wouldn’t have much of a life, but it turned out that I found Alzheimer’s was much more prevalent than I knew at the time. That’s been something that honestly, every time I play it, I think about someone else who is going through it and maybe they need to hear it, as opposed to, “Oh God, this sucks to think about this.”

It does get a little bit old to be… especially at a time when there’s so much going on in our country… it’s hard to sometimes sing about breakups every night, so I’m trying to kind of steer away from that in the next album.

TrunkSpace: You point out the political and social landscape in the country. Is that something you have noticed other singer/songwriters also looking to address in their music?
Longley: Yes. Absolutely. It’s hard not to be emotional at this time and I think that’s kind of our job… to turn those emotions into musical moments. So I know a lot of people who are. I’m excited to hear what comes of it.

TrunkSpace: At the same time, it must be a fine line to walk because you don’t want to alienate listeners.
Longley: Absolutely. And I haven’t actually written about it yet because I am fearful of that, and in my mind, I’ve always thought of music as something that brings people together. But at the same time, it feels like it’s so important to have a voice. It feels wrong not to voice it. I honestly go back and forth on a daily basis. As soon as my mind gets out of the game and my heart gets into it, I think it will turn into some songs. But yeah, I don’t want to alienate anyone and I do have fans on both sides, so I have to figure out my way around that. Maybe bigger picture, less political but saying something without saying something.

TrunkSpace: What is your songwriting process like? Do you have to be in a particular mindset?
Longley: It’s really changed over the years. I went to college for songwriting and that was a very creative time. I was writing every single week… handing in a song every single week without a problem. I didn’t bat an eye. And now it’s a little bit different because I’m traveling so often. I’m touring all of the time and there’s just a lot more going on when you’re not in college… there’s a lot more career to manage. I haven’t been writing as much as I would like to. I think I usually do wait until the inspiration strikes, but I think it’s important to keep the writer on at all times and to exercise it, even if that means a morning journal or anything creative to keep that alive. But, I’m not practicing what I’m preaching there. (Laughter)

TrunkSpace: So is a big part of it the idea that because you’re so focused on your career and not your personal life, perhaps you don’t have as much to say?
Longley: Exactly! (Laughter) Exactly. I don’t really have a life right now, so… (Laughter)

TrunkSpace: You went to Berklee College of Music in Boston and you’re currently living in Nashville. Does surrounding yourself with other creative people help with the creative process?
Longley: Absolutely. I just got off the road with Sara Watkins, who is incredibly talented and so are her band mates. And her guitar player is also a songwriter and I had never met him before but we started talking about the songwriting process and I was telling him that I hadn’t been able to write. It’s always great to be able to talk to people about that kind of stuff. I was trying to figure out what gets him through those spells, so I love being around people who inspire me and luckily that happens on a daily basis.

TrunkSpace: A lot of people describe songwriting as sort of self-medicating… therapy. Is it that way for you?
Longley: (Laughter) Absolutely! It’s the cheapest form of therapy I’ve found. (Laughter)

TrunkSpace: So then does writer’s block become an issue when you’re at your happiest? In other words, does happiness slow the process?
Longley: Yes. But, I mean, I just went through another breakup, and so… I thought, “Oh, god, here comes more breakup songs.” But, I kind of… and maybe this is the problem. Maybe this is why I 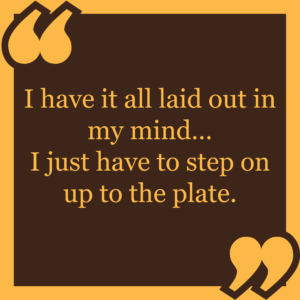 TrunkSpace: Is there something you’ve filled that creative void with?
Longley: Well, this time around I actually… my breakup rebound was buying my first house, which is a total project. It was so ugly and so I kind of saw it as an opportunity to be creative and change it however I wanted because there was nothing worth keeping. So it was kind of like a blank canvas. So that is my creative outlet at the moment.

TrunkSpace: You mentioned spending a lot of time traveling these days. How do you get into a rhythm and find peace while you’re on the road so much?
Longley: Although it is changing every day, there are… it’s weird. Every day you kind of get into a routine. On this tour with Sara, every morning we went to Starbucks, we’d drive for three hours and get to the venue and be there until 11:00 and then go to the hotel and then do it all again. So even though it’s changing every day, it’s pretty much the same. And I like that routine. So, I really enjoy it and I love getting to meet people on the road and I love opening shows and getting to meet Sara’s fans was a real treat. So, it’s easy to stay sane when you’re traveling with really cool people and there’s a routine and you trust the people who are in charge.

Now most of the time when I travel though, when I’m headlining, I travel alone… just me and my minivan. That does get a little bit… a little bit harder. (Laughter)

TrunkSpace: Is it difficult to transition when you return home and you lose that routine?
Longley: I guess so. Honestly, it’s like living two different lives at this point. It’s pretty structured on the road and then I get home and I’m like, “Oh my gosh… I feel like I’m vacation!” And then I have no structure at all. (Laughter) But because I have this project of the house, I have something to focus my energy towards, so it’s a little bit different now. But sometimes when I’m not on the road, I’m like, “What am I doing with my life? Who am I?” (Laughter) So, I think I still have a lesson to learn in that… in that it’s okay to be not working sometimes.

TrunkSpace: Well, when you are on the road, even when you’re not physically performing, you’re technically still working and on the job. It must be difficult to turn that switch off and on. 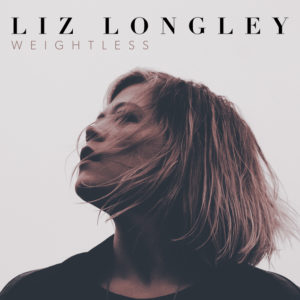 Longley: Oh yeah. I takes its toll on you after awhile, but I really love it. And I come from a family… my parents are both entrepreneurs and they work really hard, so I kind of grew up with that mentality of like, “Okay, I’m just gonna have to go all in on this.” And I did and I never looked back. So, that’s why it’s probably harder sometimes to be home because I don’t really know what to do with myself and all the free time.
Maybe that’s why I should start pulling out my guitar and writing some songs! (Laughter)

TrunkSpace: Writer’s block aside, is there a plan for another album in the future?
Longley: Yeah. I already have the whole concept and everything, I just haven’t written any of the songs. (Laughter) I have it all laid out in my mind… I just have to step on up to the plate.

TrunkSpace: If we visited your new house and you had a vision board hanging up inside, what would we see? What are your goals as an artist?
Longley: Oh my gosh. That’s a great question. Okay… well, my biggest goal as an artist right now is to start writing again and get the next album underway, but I do love touring more than anything, so I’m hoping this year to tour with more artists and open for other artists because I really love doing that. And then I’ve got a lot of headlining stuff in the works throughout the year. I won’t release another album this year because I just did one, so it’s really just going to be a creative time. But I can’t stop touring. It’s too much of an addiction, so I’ll be on the road a lot.

Catch Liz Longley live when she comes to your area. Upcoming tour dates can be found here.