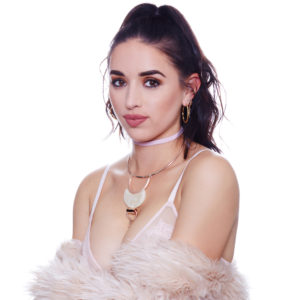 Singer/songwriter Madeline Lauer is extremely happy with her place in life, both creatively and personally. In fact, it’s a self-acceptance that has had a powerful impact on her career and her music. With two new albums in the works, one that is set to highlight the flip side to discovering love, Lauer is looking forward to a future that she is writing for herself.

We recently sat down with Lauer to discuss her creative confidence, the place where she is most productive as a writer, and the best advice she’s ever received.

TrunkSpace: We saw that you recently posted on social media how you were 27 and finally comfortable in your own body. We’re curious how that self-acceptance has affected your music? Has it made you more confident in what you’re creating?
Lauer: Yeah. Absolutely. I always say that if I had gotten success at a younger age, I definitely feel like I would have been one of those kids who just fell off the wagon. Everything happens for a reason and sometimes I’m like, “Oh my gosh, I’m much older than I thought I would be before I actually made my real first album.” But, I wouldn’t have wanted it to be any other way because I am so comfortable in who I am now. That’s just part of what happens when you get older. So yeah, I think that has definitely translated into my music because I think it’s unique and different and I’m super confident in it.

TrunkSpace: With that being said, if success had come 10 years ago, do you think you would have made decisions based on what someone else had suggested as opposed to what you really felt?
Lauer: Absolutely! This whole album… everything I’m doing right now is directed by me. It’s not anyone else’s influence or opinion, and over the years, I’ve tried pretty much everything that came my way since I moved out to LA and doing that really helps you figure out what is you and what is not.

TrunkSpace: Can you talk to us about your new album?
Lauer: Yeah. We’re actually starting two projects. The first one we’re doing is a Barrington Levy cover EP. So it’s going to be like four Barrington Levy remixes. He does reggae, so we’re going to kind of keep the same tempo, but make it a little more R&B and a little more modern. So we’re going to put that out and then I’ve started my second album, which I had already pretty much started when I made “Open Book,” but we just kind of separated some of the tracks from the others just because these tracks sounded like a certain album… a certain sound… and then the other ones sounded a little different. Also, when I started “Open Book” I was falling in love and so there’s a lot of happiness in “Open Book,” but in the new album, it’s going to be called “Non-Fiction,” it kind of just talks more about some… darker things. (Laughter)

TrunkSpace: So they each have their own theme?
Lauer: Yeah. Totally. It kind of just happened that way. We just made a bunch of songs and then I was just going through them and listening and I was like, “You know what, this sounds like a 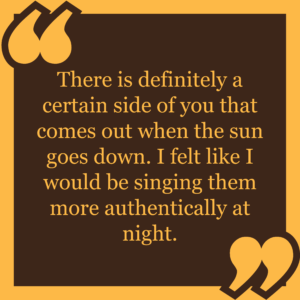 collective album and this one sounds like a phase one.”

TrunkSpace: Where are you the hardest on yourself as an artist?
Lauer: I think lyrically. My producer has definitely helped me lyrically. I think melodies are not something I have a hard time with just because I listen to a lot of pop music. I listen to a lot of catchy things and I know how to write that way. I think my struggle… I know what I’m talking about and I have something to say in the songs, but I think that lyrically I could always be better. But I do have a good little balance in my team where I can be like, “Well this is what I’m trying to say, but what’s a better way of saying it?”

TrunkSpace: Sometimes less is definitely more when it comes to song lyrics and you can actually say more for the listener by saying less.
Lauer: Oh my gosh, completely! I’ll have whole sentences for a line and then I’m like, “What is a way simpler way to say that?” Yeah.

TrunkSpace: You mentioned how “Open Book” was about falling in love and how “Non-Fiction” has a darker tone. Was the process of recording those songs different given the different mindsets you were in?
Lauer: Yeah. It’s weird. I just thought about this the other day. A lot of the songs for “Non-Fiction” I recorded at night… and I had some wine and had written them in a more emotional state. So, yeah, the recording process actually was slightly different. I don’t really like to record at night. I just feel like I’ve been talking all day and I’m tired, but there is definitely a certain side of you that comes out when the sun goes down. I felt like I would be singing them more authentically at night. So it’s really kind of like a night and day thing.

TrunkSpace: So what aspect of music is the most enjoyable for you?
Lauer: Just the whole recording process for me. Making a song top to bottom and adding all of the ad libs and harmonies. That’s why I do it. It’s the best feeling in the world. All of my friends come through, if I have a session at a big studio, and we get to just listen to music really loud. It’s a totally unique experience for me, every time. I just love being in the studio. I work at a recording studio just because I love being there. Once the song is done, you feel so proud, whether it’s the most amazing song or not.

TrunkSpace: So let’s say you’re still working on a track but maybe the studio isn’t sparking your creativity. Do you have a special creative place to work through those creative speed bumps?
Lauer: That’s a good question. I tend to write by myself first, so I’ll sit on my bed with all of my notebooks and all of my notes and journals and all the words and things I’ve been inspired by. I think if something isn’t clicking, I kind of just go back to my bedroom. I have to listen to it over and over again and all of a sudden something else will pop out or something different. If something sounds too repetitive or just not good… you know when it’s not good. I love to just write on my bed. I think it’s the most comfortable place and it’s just my little area. I just feel like myself. I don’t know… I feel like I’m like a kid again where I can just speak from my heart. Yeah, that’s my favorite place to write. 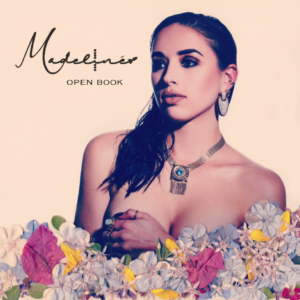 TrunkSpace: You mentioned trying out all sorts of different things when you arrived in LA. What’s the biggest lesson you learned during that time period and those life experiences?
Lauer: The best advice I ever got, and it’s always something that I remind myself of, I have a really good friend of mine who I met when I first moved out here. He was much older than me… about 10 years my senior. And he just always gave me the best advice, but one of the greatest things that resonated with me that I still think about is that he said, “Your life is a train and the destination is your dream and passion and this person you want to be and people are going to get on and off of your train all of the time and you just got to keep moving. You should never hop on someone else’s train or forget about yours. You just keep moving.” That was just a really good reminder because when I moved out here by myself, I just wanted friends. I’m extremely social and what you get to learn is that everybody is kind of out for themselves here. It’s very hard to make friends. Luckily, over 10 years of being here, I’ve met some really awesome people and we’ve stayed very, very close, but I don’t have a ton of friends. You get kind of lonely and hoping that these relationships will last, but it’s like, “That’s not why I moved out here.” I don’t live this far from my family to not keep focusing on it.

TrunkSpace: Well, life has a tendency to zig when you expect it to zag. The only thing you can control is your own train.
Lauer: That’s exactly it. It has helped me stay focused and remember why I came here.