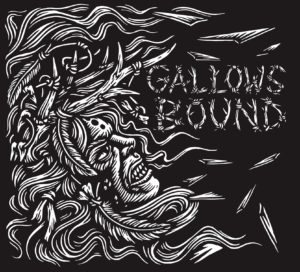 Roaring out of the Appalachian Mountains like a moonshiner with a fresh batch of distilled goodness, the bluegrass-meets-punk (bluepunk?) sextet Gallows Bound is a band on a mission. With most of that mission (and the last few years) spent on the road, the Winchester, Virginia natives have been perfecting their craft, churning out spirited performances with acoustic instrumentation all over the country. They somehow managed to bottle that musical stamina in the form of their latest EP, “Appalachian Witch,” six delectable songs that serve as an appetizer to the meal that is their energetic live set.

We recently sat down with the band to discuss the miles under their collective belts, where they’re currently at creatively, and how being such good friends makes their band stronger.

TrunkSpace: Some of us here at TrunkSpace saw you guys open for The Tossers a few months back and from what we can tell, you’ve been pretty much on the road nonstop since then, right?
Markle: Yeah. Last year, we pretty much toured the entire year, only having a couple of months off here and there. It’s been pretty balls to the wall since then.

TrunkSpace: Is there a rhyme or reason to where Gallows Bound has been booking its shows?
Markle: We try to hit the big cities just because you can get more bang for your buck that way. But, really, the small towns is where we make the most of our money. We’ll hit these small towns… one that comes to mind is Pawlet, Vermont… and there’s nothing around there and a band goes to play and people come from miles and miles around because it’s something going on. They’re really appreciative and it’s just a really nice experience for a band.

TrunkSpace: So with a small town like that, how often will you hit it up so as not to oversaturate the market?
Markle: Maybe like once or twice a year. It kind of depends.

TrunkSpace: Are you guys doing all of the booking and business-related stuff yourselves?
Markle: We do a little bit of the booking ourselves, but we also have a booking agency called Atomic Music Group that we work with. Our booking agent Ramona is an awesome person.

TrunkSpace: While spending so much time out on the road, have you guys been able to write and hash out new music?
Blow: We don’t actually get much time to write new music since we are touring so heavily right now. Right now we’re kind of in the middle of a little break. We’re just 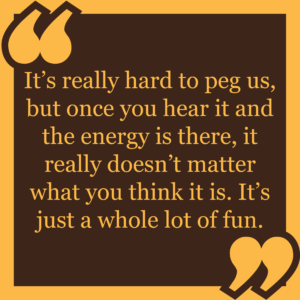 kind of doing local/regional runs and really taking some time to focus on the writing and rehearsing new material and stuff for the stage.

TrunkSpace: Where is the band at creatively in relation to where you were on your previous recordings? How far removed are you from those songs to where you are now?
Blow: Creatively we’re miles away from that…. the first two records, I think. From where we are now versus where we were on the record before the EP… I think we’re just miles ahead.
Carver: You can kind of map the trajectory of it through the direction we’re going if you line up all of the albums.

TrunkSpace: Is there something that you tried to achieve with “Appalachian Witch” that you didn’t set out to do or were unable to accomplish with your previous studio work?
Carver: I don’t know if there was a specific goal other than to just get out what we’re getting from our experiences. What we’re leaning, what we’re rehearsing on the road, and what we’re experiencing.
Joyes: We put out a CD before “Appalachian Witch” with like a two year gap between writing because we were on the road so much. So, the EP is, in our opinion, a really good representation of us with our progress musically as a band. We’re super, super excited about it. It was our first professional recording studio session and it really gave us an opportunity to focus more on just the actual music and not just being on the road. It was kind of nice.

TrunkSpace: Something all of us here noticed in seeing you perform a few months back is just the incredible amount of energy you bring to your live shows and it makes us wonder how you bottle that up and translate it to the studio?
Joyes: That was actually one of the my biggest goals on this new EP. Before our last self-titled album… we put that out before we really started hitting the road and a lot of people would comment that our live show was different than the CD. It just had a different feeling and even though we all have acoustic instruments, it’s very much like a punk rock, high energy… and you were at the show so you know…

TriunkSpace: Absolutely. And the energy wasn’t in just the music either. It was in the way you performed it.
Joyes: The guy who produced our CD, his name is Mark Reiter and he’s a drummer in a punk rock band that we all like called the Daycare Swindlers, so he kind of got the whole fast and furious vibe of the live show and I think that really helped to have him engineer the whole thing in more of that direction.

TrunkSpace: When it comes to the music itself, the band has a sound that can’t really be defined and it sounds so different in a day and age where so much sounds the same. Do you wear that as a badge of honor?
Veatch: Yeah. We really like that about our music. It’s really hard to peg us, but once you hear it and the energy is there, it really doesn’t matter what you think it is. It’s just a whole lot of fun.

TrunkSpace: Does having such a unique sound make it difficult when touring to find clubs that will put you on bills with other bands that have the same kind of energy or sound?
Blow: I kind of like it like that. With not having a specific genre that we fit in, we kind of can fit in anywhere. We just play the honest and true music that we write. We’re not really trying to fit in anywhere. We just like hanging out with anybody.
Markle: I like the fact that we can play with punk bands. We can play with bluegrass bands. We can play with Irish bands. And no matter where we are put in the mix, we’re going to stick out. We’re going to be different. To me that’s good because even if you think we suck, you’ll remember us. 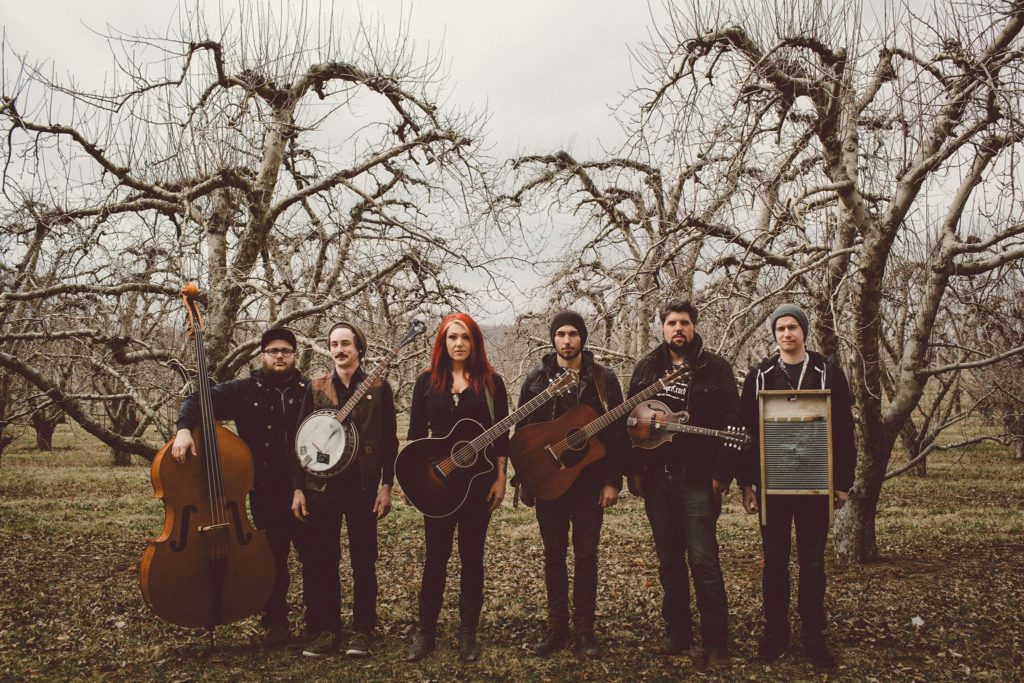 TrunkSpace: You guys have known each other for a long time. As you set out on these long trips on the road, does it make it easier spending so much time together knowing that you’ve all been such good friends for so long?
Shultz: Yeah. It’s definitely beneficial to be friends in a band. We never argue and if we do it’s something that we kind of brush off in five seconds.
Veatch: It’s easier to communicate with each other because we just know each other so well.
Shultz: Yeah. We can be honest with each other and at the same time… it’s just that the environment is so much nicer when you actually like each other. We can sleep in the same rooms. We give each other hugs. It’s great. (Laughter)
Markle: I couldn’t imagine doing this with people I didn’t know. I know some bands have hired musicians who come on and everybody isn’t really tight-knit, but, I couldn’t really imagine doing that. It seems so strange to me.
Shultz: Even when we’re home we hang out with each other pretty much all the time. We’re with each other more than we’re with our families.

TrunkSpace: Even from a creative standpoint it makes sense that those with shared interests can come together to create a singular, cohesive piece of art.
Carver: And that really showed on this new record. We are all really just kind of together on it. Jesse and Jordan write most of everything and then they bring it to us and we all just kind of make it our own. We all make it OURS.