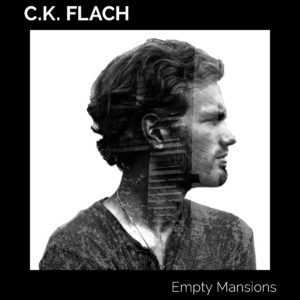 TrunkSpace: How would you describe your music?
Flach: I would describe it as alternative folk. I’m a big fan of folk and folk-rock sounds so I like to take those ideas and mix in certain elements to diversify the sound. I really just try to experiment and have fun with non-typical instruments like djembe, electric piano, udu drum, and even soundscapes.

TrunkSpace: You started out on drums. Is it safe to say that once a drummer, always a drummer?
Flach: I think so. The drums were my first love and what the drums will do in a song is always in the forefront of my thinking while writing a new piece. I think they are a very powerful element and I like to take advantage of that.

TrunkSpace: Your debut solo album “Empty Mansions” was released in February. You’ve played in bands in the past, but was stepping out on your own a daunting task? Being a solo artist offers creative freedom, but at the same time, it must also open up a certain space for vulnerability to work its way in?
Flach: Yeah, I was nervous about doing something on my own. “Empty Mansions” is entirely me… every instrument, every lyric, every track… so you can imagine my feeling of vulnerability releasing it. Fortunately, I was able to cut my teeth with other projects in the past which helped, as well as tremendous support from some key people. Overall though, I wanted to do it and put those nervous feelings behind me. It’s been a freeing experience and I plan to employ what I’ve learned with me on the next project.

TrunkSpace: You write a lot about the current state of things in the world. Is part of that a way for you to sort of absorb and find a self-understanding in the things that you see and hear?
Flach: It became apparent to me as I was forming these songs that are sort of a social commentary that I had to sort out the way I felt about some of them. Views and opinions I had changed over the course of writing and research, which I was a little surprised by. I’m happy to say I’ve grown from it and I’m perfectly willing to change. I try to be pretty open and honest. So yeah, I would say it had become a good way for me to process things.

TrunkSpace: When you look at the album now with a bit of separation, what is the most personal song that you included and do you ever second guess saying certain things in your songs over 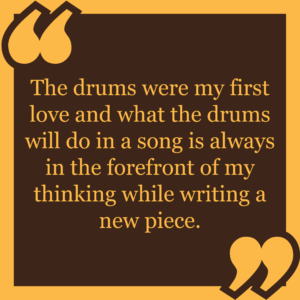 fear of saying too much about yourself in a public platform?
Flach: I really can’t say that any of these songs are biographical, but they are personal in the creative sense. I was a bit worried about a few lines throughout the album as far as content. I can get a little dark in my writing, but the world we inhabit can be a dark place and I don’t see the point of watering it down. The songs are honest and I think that’s important. My hope for my work is that people can identify with it, which means that I have to go beyond just my personal experience while maintaining a humanity to the lyrics. I do second guess myself sometimes, but I find myself just saying “go for it, what’s the worst that can happen?”

TrunkSpace: We’ve heard many artists say that releasing an album is like having a kid. With that in mind, do you see more kids in your future, particularly as a solo artist?
Flach: Absolutely, I’m already working out new material. I had such a good experience with “Empty Mansions” and I learned so much making it that I can’t wait to do it again.

TrunkSpace: You write poetry as well as lyrics. We’re curious, how many of your songs started out as poetry and then morphed into lyrics?
Flach: When I started writing, I kept both endeavors separate, but it has become difficult to do that. I think that as I have matured a little bit I’ve begun to develop a style that is more uniform. That is to say that my poetry and songwriting have now converged to a single style.

TrunkSpace: What is the biggest similarity between writing poetry and lyrics and what is the biggest difference?
Flach: Lyrics are more tedious because of the metrics involved; melody, rhyme scheme, length etc., whereas poetry is very free for me, but I try to approach both with an accessible language. The commonality is that I’m trying to communicate with the listener/reader and I try to do that in the most fluent and interesting way I can summon.

TrunkSpace: What is the best advice you’ve ever received in life as it pertains to your musical career?
Flach: To stick with it.

TrunkSpace: Great songwriting elicits emotions out of the listener. What do you hope people feel when they listen to your music?
Flach: Anything and everything. The spectrum of human emotion is broad and I hope to be able to create songs that encourage people to feel many things. From protest songs to ballads, songs can go so many places and I think the emotions follow.

TrunkSpace: What can fans expect from C.K. Flach for the rest of 2017?
Flach: A Northeast tour in June and a few one-off shows before and after that. I plan to start working on a new album as well. 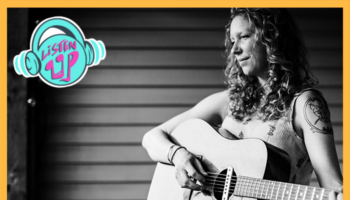