As smooth and as beautiful as Alicia Viani’s music is when it flows from her guitar, the emotions she pours into each and every song paints a more complicated portrait of an artist who celebrates the good and the bad that life has to offer.

“Life to me is a beautiful, hilarious, sorrowful circus with incredible highs and incredible lows and unfairness and injustice and growth and evolution and hopefully some of those themes, if I expressed them well enough and people listen close enough, come through the ‘warm country folk,’” she said in an exclusive interview with TrunkSpace.

We recently sat down with Viani to discuss the process of putting a record together, embracing mental health during the pandemic, and why she doesn’t hesitate to skip to the end of a book.

TrunkSpace: Who is Alicia Viani the artist, and, would the you who first picked up a guitar and started playing be surprised by the answer you’re giving today?
Viani: Nope, wouldn’t be surprised. I first learned C and G chords for a Joni Mitchell song while backpacking in the Trinity Alps at 15 and I’m still singing in the mountains! I’ve always had a full life with music as the consistent thread. Sometimes front and center like when pursuing classical oboe performance in high school and college, and sometimes background like singing songs with random people in random corners of the world. That’s still how it is.

TrunkSpace: You released your self-titled debut album on July 24. As far as moments in your life to-date, how big of an accomplishment is it for you to have this collection of songs out into the world? 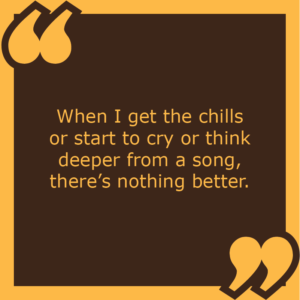 Viani: While the debut is super gratifying, I mostly loved the process. Working with a producer for the first time and hiring musicians who put their own spin on things, which was an interesting exercise in trust and relinquishing control for the goodness of collaboration, being in the studio, forming a band locally to release it… I loved all the steps leading up to the release. It’s such a vulnerable thing to release original music and the positive feedback has really lifted me. It’s the coolest thing to know your songs touch people and when they recite lyrics back to you that meant something to them.

TrunkSpace: With the pandemic happening not only in the country but around the world, did you consider pushing back the release? How did what was happening with Covid-19 impact your roll out of the music?
Viani: We did push back the release. It was originally set for April. We had a lot of momentum just beforehand with it charting #4 nationally on folk radio so it was disappointing to feel like the release kind of crashed and died, along with everything else live and collective! But in the grand scheme of things it was okay. The band was still excited about the songs and we were committed to doing it somehow, so Scott Oliphant (drummer, part of the Color Study, and owner of Parkway Sounds) offered his studio. We did a live online release with fabulous sound. He did an amazing job. So while it was a pause, we figured it out. We’re still sharing live music that way.

TrunkSpace: While you were no doubt focused on the album and promoting that particular collection of song, have you found yourself to be creatively-inspired during the pandemic? Has isolation lead to increased songwriting?
Viani: I’m trying to get outside more to exercise for my mental health, and I do my best writing on trail runs along the river with my dog. So that’s been fruitful. I’ve been more inspired to write from the huge civil rights movement going on, so I’ve got some ideas kicking around my head wanting to come out somehow.

TrunkSpace: What could someone learn about you as both an artist and as a person in sitting down to listen to your debut, front to back?
Viani: I’ve heard feedback that even though it’s easy and pretty to listen to and my singing has been compared to Nora Jones (which annoys me, I wasn’t going for easy listening, but oh well), that my brain and emotions are actually complex as fuck! Life to me is a beautiful, hilarious, sorrowful circus with incredible highs and incredible lows and unfairness and injustice and growth and evolution and hopefully some of those themes, if I expressed them well enough and people listen close enough, come through the “warm country folk.”

TrunkSpace: What are you most proud of with the upcoming album?
Viani: There is something so rad about a nice tidy bow on a completed project that is the fruition of many years of living, processing, crying, being in love, trying to jam big awkward concepts into a song, editing… it’s kind of the sum of my life to this point. In a CD case.

TrunkSpace: Where are you hardest on yourself as an artist and did that manifest during the creation of this particular collection of songs?
Viani: Performing and promoting the songs have always been the hard part. I’m a musician and a writer but have never taken much to the performance bit. I’m trying to embrace this concept that I have a “gift to share,” like people tell me! In between songs at a live show I have to remind myself to speak and tell some stories because it always stuns me when people want to hear from the artist. I’m always thinking we’re here for just the music, right? Also, releasing a record while there’s so much other important stuff going on in the world with the Black Lives Matter movement, the pandemic, people’s basic needs not getting met, was challenging because even though music makes everything better I wanted to be careful about how much space I took up. 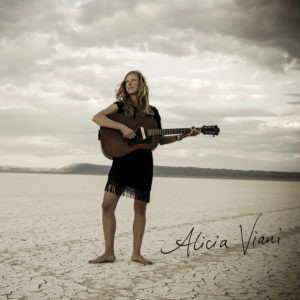 TrunkSpace: This year has been an emotionally trying time for everyone and the divide between people – at least in this country – seems to be growing. What kind of hand can music have in helping people find an internal balance and possibly even bringing people together? We have always been drawn to the idea of music being a shared experience, regardless if we get something different out of it than someone else.
Viani: I love this question. Too many songs, especially political ones about social justice issues, tell people what to think. That’s not a good song. I wrote “Good man” after Trump’s election and had plenty of opinions to share about how white dominant culture wasn’t holding this man or ourselves accountable, but instead wrote the story of a guy named Jackson to explore racism and why one person wasn’t stepping up to interrupt racist acts. I was exploring through song something that was pissing me off in my life. Good stories enable us to feel empathy in places that surprise us, and while we’re holding ourselves and others accountable in this civil rights movement, we can all work on developing empathy to continue to see each other as human. I aim to write story-songs that draw people in and make them feel something about topics that usually repel people who are stuck in rigid corners about issues. And of course I go through the whole journey myself as the writer cause I can get rigid too, for sure.

TrunkSpace: What do you get out of songwriting on an emotional level? What is it about the process that most excites you even today?
Viani: Singing and writing puts me directly into that flow place where I’m in touch with my emotions but also being creative with them. Doing something about them. It’s just the best feeling. It’s precisely where the best songs come from. And then hopefully they prick at someone else’s emotions to help us connect to ourselves and each other. I live for that as an artist and a listener. When I get the chills or start to cry or think deeper from a song, there’s nothing better.

TrunkSpace: Time machine question. If you could jump ahead 10 years and get a glimpse of what your career looks like a decade from now, would you take that journey? If not, why?
Viani: Oh my god, absolutely. I cannot resist the temptation. I am the person who will read the last page of my book when I’m in the throws of a drama that’s just wrecking me with the suspense. I’ll still read the rest of the book of course, but let me know what the hell happens!