For years James Elkington has been performing, recording, and collaborating with artists like Jeff Tweedy, Richard Thompson, Michael Chapman, and Tortoise, to name a few. As someone who genuinely enjoys the confines of a creative collaboration, the British-born musician had not deliberately set out to write his own solo material. After exploring the untapped world of a new tuning on his acoustic guitar however, the songs started to come to him and a family of tracks were born, ultimately becoming his debut solo album, “Wintres Woma.”

We recently sat down with Elkington to discuss how going solo means being proactive, why he felt it was time to put together the album, and how he has decided to let his career lead him as opposed to trying to lead it himself.

TrunkSpace: Knowing that you played and arranged most of the instruments on “Wintres Woma,” does it feel like the closest thing musically to being wholly yours?
Elkington: It does. Yeah. It does. (Laughter) That’s the short answer.

That’s kind of a big question. I’m still trying to get to the bottom of that because I’m interested in lots of different types of music and I’m interested in operating in those different types of music and how I react when I’m put in those different musical situations. I’m a big fan of collaborating and being in other people’s bands. I like the idea of being able to move around in different areas. I think for awhile, for a few years there, that was really all I wanted to do. I liked the pace of it and the spontaneity and the creativity of it. You would think that writing your own material is ultimately sort of more creative and more fulfilling, but it’s also a lot more work.

TrunkSpace: And when you enjoy the collaborative process, it also has to be a bit creatively lonely.
Elkington: It is. And it’s all proactive as opposed to when you’re working with other people, it’s a combination of being proactive and reactive… and that is quite energizing in a way because something is always happening. But when you’re on your own and nothing is happening, it’s not much fun. It’s something that I used to do a lot more of 10 years ago and I got tired of it to the point of where I just really wanted a break. And a lot of people, when they need a break, will just stop doing music, but I saw this other area where I could move into where I could still have fun doing it.

The last few years have been a bit more of a roller coaster and in that time, I sort of got the energy and the enthusiasm again for 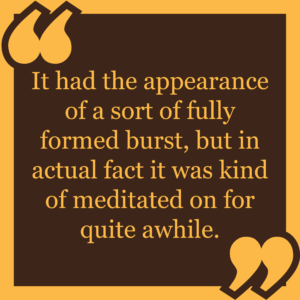 TrunkSpace: So does that mean that the songs that represent the album are all relatively new?
Elkington: Well, originally I wrote a little collection of songs all in this guitar tuning that I’ve been operating in solely for this project. I came up with a little family of songs and at that point, once I started to feel like that maybe I had a record… or at least maybe a direction… then I did start reaching back to some songs that I had written awhile ago but hadn’t really known what to do with. I found that some of these song were just kind of like in waiting for the right opportunity. There were songs that were a little more introspective and a little more guitar lead and I kind of rearranged them to fit more with where I’m at now. But it’s only a couple of songs. It’s pretty much all new. There are even songs on there, a couple of songs anyway, that I wrote like two weeks before I recorded the album.

TrunkSpace: We read that you recorded the entirety of it in five days. That seems like a creative sprint.
Elkington: Yeah, preceded by a sort of six year lull. (Laughter) That’s the thing, I think a lot of people who write music or make things will tell you that sometimes the wheels are turning and you don’t even really realize that it’s happening. I think I spent a lot of time subconsciously deciding what my next move would be, if I even bothered to make one. It had the appearance of a sort of fully formed burst, but in actual fact it was kind of meditated on for quite awhile.

TrunkSpace: In laying down the tracks so quickly though, it also enables you to not overthink things and move away from the curse of all musicians… perfection.
Elkington: Yeah. And some people are very good at disarming that process… that kind of human process of second-guessing yourself. I am not good at disarming it. In the past, I feel like I’ve been guilty of overworking things and worrying about too much being left to chance. This record is much more of an experiment for me in kind of trying to let that stuff go. People involved with the record will tell you that I did not do a good job of that either, but for me, it was a step up in letting go. (Laughter) There’s some stuff on there that I previously wouldn’t have let fly on records that I had been involved in, but I don’t know… in the last few years I’ve just been involved in a lot of other people’s projects, which really were left much more left to chance and I would very quickly have to improvise something for a show or a recording. Those parts would always end up being my favorite part of what I contributed to it, so I sort of tried to allow that space in this for things to just happen.

There’s a song on the album called “Wading the Vapors,” which has a really long and amazing cello solo in it. I kind of hoped that it would be a cello solo that would be book-ended by this one verse of lyrics, but other than that, I didn’t really have much of an idea for it. I just recorded myself playing this guitar line for three minutes and then tried to figure out how to fill it in and turn it into a song. I didn’t know that it was necessarily going to work. I hadn’t tried it out beforehand. And there are a few things like that on the record where I just sort of tried it and not really put myself under any pressure to have a result at the end of it, but instead, just let it be. 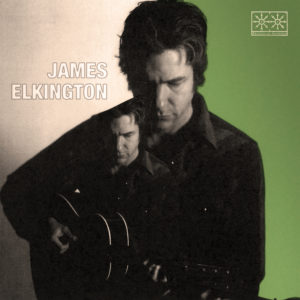 TrunkSpace: Music doesn’t have to have rules, but a lot of times, musicians place rules on themselves.
Elkington: Yeah. And I need those too. I’m kind of more creative within parameters, if that doesn’t sound like too much of an oxymoron. (Laughter) If I know where the boundaries are and I know what I’m dealing with, then I can sort of come up with something, which is why this guitar tuning was such a part of writing these songs. I didn’t really know how to operate that tuning, but partly through trying to set up boundaries for myself and partly through laziness of not wanting to retune guitars between songs and things, I just decided that whatever I was going to do was going to be in that tuning and I just had to deal with it.

TrunkSpace: So do you think that if you didn’t focus on that particular type of tuning that this album would have never come to be?
Elkington: That’s a good question. This whole process of working with this tuning really started out as almost… I compare it to almost like a doodle that you do in your spare time or when you’re on the phone. It started out as this little meditative practice and it kind of snuck up on me. I surprised myself that I had managed to come up with some songs. So I have a feeling that if I hadn’t started working in that little area, there’s a good chance that I might not have really written an album. At least not right now. I think I might have done something else, but I’m not sure what.

TrunkSpace: It’s amazing how a creative spark can turn into a fire.
Elkington: Yeah. The last few years, for me, have been quite sort of… I’ve been busy and quite fulfilled in a lot of ways. It really all started from me kind of letting go of having too many preconceptions about a career in music or anything like that. I just sort of let all of that go. I decided that maybe that wasn’t for me. This was right when I started playing in other people’s bands and just started doing it for the fun of it just to see where it would lead, as opposed to trying to lead it myself. And things have worked out much better for me since I have just gone with the flow, so to speak. So, I’m trying to invite a little bit of that into my personal creativity.