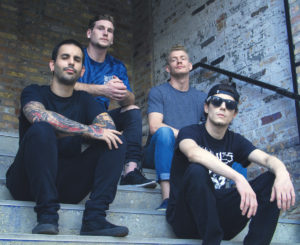 TrunkSpace brings you another edition of Musical Mondaze. This time out we’re sitting down with Carousel Kings. Their latest album “Charm City” was released on Victory Records in early February, and shortly after, the Pennsylvania-based pop-punk band hit the road for a breakneck 40-city tour.

We sat down with lead singer David Alexander to discuss fronting the band for nearly a decade, floating in salt water to discover the creative spark, and the unexpected benefit of writing songs that connect with people.

TrunkSpace: You guys just kicked of your latest tour, right?
Alexander: Yeah. We played New Jersey yesterday. It was the first show of the tour. We’re headed up to New Hampshire now. We just pulled into a rest stop. We’re going to get some Starbucks before we head up there. (Laughter)

TrunkSpace: The number of dates you guys are doing on this tour is crazy. You are packing them in!
Alexander: Dude, yeah! I think it’s like 40 shows in 43 days, or something similar to that. And then on a few off days, we’re doing music video shoots as well, so we don’t really have a day off. (Laughter)

TrunkSpace: Do you have any sort of vocal cord maintenance plan that you have to stick to on a tour like this where the schedule is so tight?
Alexander: Yeah. Dude, the vocal cord thing… I feel like I try not to get the singer/frontman syndrome going too much, but, I mean, when your instrument is your voice, I feel like you have to sleep more than other people. You know, you have to recharge. I just got a water bottle, so I’m just trying to make sure that I drink the proper amount each day. I got this big 64 ounce, like, jug. So, just a lot of water. Water and sleep. Vocal rest is very important, so whenever we’re not playing, I just try to hide. (Laughter)

TrunkSpace: When you head out on a new tour, is there any sort of ritual or routine that you go through beforehand to prepare yourself for the road ahead?
Alexander: I don’t know. This tour, it was all like getting the van ready. We have bunks in the back, so, that was the main priority. I guess just making sure the comfort stuff on the road is as… I just want the van to be as comfortable as possible because that’s like our home.

TrunkSpace: You started the band in 2008. There have been different members throughout the years, but did you have any idea that you’d be here almost a decade later? Was there a long term outlook in the cards then?
Alexander: I personally always knew that I wanted to be in a band. I didn’t necessarily know that Carousel Kings would be that band, but when I started this, that was the goal. I feel like every goal we’ve set so far, we’ve achieved, so we just continue setting the bar higher and higher.

I feel like the year thing seems like too long, you know? I feel like I’ve been doing this for awhile, but I try to just appreciate the now moment as much as I can and not dwell on it.

TrunkSpace: So what’s the key for a band today, in 2017, to finding a balance between the art side of things and making a living? Does it need to be compartmentalized?
Alexander: I don’t know. You have to really want to do it in 2017. I feel, maybe 20 or 30 years ago, record labels were signing bands and sending out money and saying, “Oh, we want to build this band,” or this or that. Nowadays, it’s just not like that. You’ve got to want it. That’s why I respect any band that’s at the top of the game, so to speak. You can’t do it without wanting to do it in your heart, so I feel like the love of the art is what will push your band to greater success.

TrunkSpace: You guys have shared the stage with some bands that have been making a career of their music for decades. Do you pick their brains to sort of get a sense of what they’ve done to 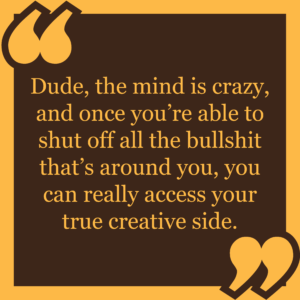 sustain things throughout the years and keep it fresh?
Alexander: Yeah. I’m friends with Dustin Davidson from August Burns Red, and I feel like I pick his brain a lot. Another band that was local to us was This Or The Apocalypse, and their singer Ricky Armellino, he helps me out with vocal lessons and definitely was a mentor as far as like, just figuring the basics out, man. You know, merch sales and what’s the best way to… basically, we’ve just always continuously reinvested any earnings, so to speak, back into the business or back into the band. I think I definitely picked that up from the ABR guys. Dude, they still tour in a van if they’re not in a Warped Tour or something like that. I think that is the model, dude. Don’t go excessive. Stick within your means, but be smart about it.

TrunkSpace: You mentioned the Warped Tour. You guys did your first in 2015, right?
Alexander: Yeah. I think it was… we won the Ernie Ball Battle of the Bands one year… it might have been 2012 or something. So that was the first actual Warped date we played and once we got a taste of that, then yeah, it was a few years later we got two or three weeks… half of the Warped Tour. That was amazing, dude. It was like summer camp. (Laughter)

TrunkSpace: Was that a big milestone to reach for the band?
Alexander: Yeah. I feel like I definitely had to psyche myself into this mindset where it’s like, alright, I can’t fanboy over these other bands. (Laughter) It was definitely surreal, man. It was crazy and I felt really blessed to be there.

TrunkSpace: “Charm City” has been out for about a month now. What has the album meant for you?
Alexander: “Charm City” just feels so right, man. It felt cohesive as far as with the other members of CK. I feel really lucky and grateful to even have a third album, you know what I mean? It’s amazing. It’s totally surreal. I couldn’t be happier. I hope a bunch more people will listen to us and find out about “Charm City.” I know how much work we put into it as a group and, I don’t know, maybe that will relate to some people. But, I couldn’t be happier.

TrunkSpace: Is this the first time a lot of fans will hear these particular songs live with this tour you just kicked off?
Alexander: Yeah. We’ve never played any of these songs… I mean, I guess a few of the singles we were playing at some shows, but yeah, this tour we’re trying to play as many new songs as possible. We have a new light setup for our stage show and it’s really exciting. We’re stoked. (Laughter)

TrunkSpace: Was there something creatively that you set out to accomplish with “Charm City” that you hadn’t tried or achieved the previous times in the studio?
Alexander: I think I really loved our previous release “Unity” and I feel like we wanted to take that and go in whatever direction that was and try to not force it, if that makes sense? I could just refer back to our first album. I felt like we were just put in this box of like, “Oh, easycore and this and that and you have to have these certain things.” I just kind of wanted to get away from what other people thought or expected of us or wanted from us. We wanted to do what made us happy as musicians. Whatever creatively came naturally is what we went with. 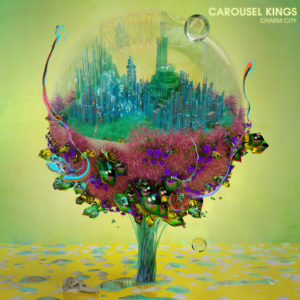 TrunkSpace: In terms of how the process of “Charm City” came together, is that a process that you’d like to apply to future albums?
Alexander: Absolutely. I feel like our writing process for this previous album is what we’re going to continue doing. We did a lot of what is called flotation therapy. So basically we would just like do nothing and relax and float on salt water. We were in these sensory deprivation rooms for like, between an hour and three hours, just to try to get down to the natural ideas of whatever is down there. Dude, the mind is crazy, and once you’re able to shut off all the bullshit that’s around you, you can really access your true creative side.

TrunkSpace: Do you pop up out of there with all of these ideas that you just need to get down on paper right away?
Alexander: Sometimes. Other times it’s just a relaxing thing and it just helps me relax. But yeah, there are times… even the “Charm City” concept. That was all directly from right after a flotation therapy session. I was in there, I was like, “This is our third album. Third time’s a charm. ‘Charm City,’ it’s where I go in my dreams.” (Laughter)

TrunkSpace: What’s the most profound way you’ve heard a Carousel Kings song affect someone? Has somebody come up to you and said, “This song got me through x, y, or z?”
Alexander: Yeah, man. That happens more often than I would have ever expected or anticipated. There’s a few songs. “Cancer” was one. “Something Isn’t Right” was one. There’s definitely a lot of songs on there. Old songs and newer songs where fans have come and said, “Your album helped me get through this.” I don’t know, man, that to me is like… that’s the thing that always wants me to keep going and it feels like I’m doing something good with my life. Those genuine connections are really awesome.