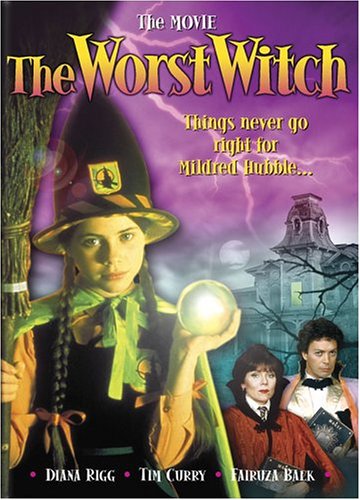 We Watched On: VHS (Yes, we’re old school!) That said, you can also find it on YouTube.

Trunktober Approved Because: Anyone who was born after 1990 has probably never seen this, witch (pun) is understandable, but for those of us who spent the ‘80s, the era of MTV and Saturday morning cartoons, trick-or-treating in highly flammable store-bought costumes, this is a nostalgic gem worthy of your attention. No, it’s not scary, but if you were a kid when it was released on HBO in 1986, it sums up Halloween for you in more ways than one. (Also important to note, this was based on a series of popular books dating back to 1974, and for kids of today, a new television series premiered last year, which is available now on Netflix.)

Biggest Scare: Okay, it’s not a scare, but Tim Curry’s amazing arrival as The Grand Wizard, which immediately kicks into the best Halloween song of all time – “Anything Can Happen On Halloween” – is a green screen marvel that screams cable access gold! This is how we officially kick of the month of October every year, singing along to wondrous lines like, “There may be a toad in your bass guitar or your sister could turn into a bat.” YES!