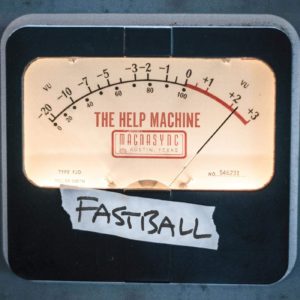 The Reason We Went: One of the most underrated bands of the late ‘90’s alternative scene, the Austin, Texas natives’ album All the Pain Money Can Buy was a gem in the rock radio rough, which at the time, was mostly dominated by deep-throated “modern rockers” like Creed and Days of the New. Consisting of duel frontmen Tony Scalzo and Miles Zuniga, they were clearly a band of songwriters first and foremost, who, as proven with All the Pain Money Can Buy, knew how to write full, front-to-back albums that you consumed without ever hitting the shuffle button.

What We Thought: Although it’s going on 22 years since the band hit it big with the mega-single “The Way,” they have not skipped a single beat, sounding as tight and as sharp as they did when MTV played actual music videos. And while many of those in attendance were understandably on hand to hear songs like “Fire Escape” and “Out of My Head” meant to tickle the nostalgic parts of the brain, it was Fastball’s most recent material from their 2019 release The Help Machine that proved their lasting appeal. Tracks like “White Collar,” the hands-down highlight of the night, reminded everyone why they left their mark on pop culture in the first place.