Originally An American Pickle was destined for a theatrical release, but 2020 had other plans. When theaters closed due to COVID-19, the film’s star Molly Evensen wondered if people would ever see her hard work play out on screen, but thankfully it found a home beyond the megaplexes and premiered on HBO Max. In the end An American Pickle not only ensured its summer release, but it gave people self-quarantining at home a much needed escape.

“I’m honored to have it come out during this time and grateful that people can watch it from the comfort and safety of their own homes,” she said in an exclusive interview with TrunkSpace. “Hopefully it brings some joy and escapism in a time where both of those things are greatly needed.”

We recently sat down with Evensen to discuss managing expectations, taking leaps of faith, and her favorite literary escapes of 2020.

TrunkSpace: New England raised here. Dunkin’ Donuts (aka, Dunks or Dunkies) is like the air we breathe here. And then… we read that you were once IN a Dunkies’ ad? You’re blowing our minds! Tell us you got some “wicked awesome” free munchkins out of the deal!?
Evensen: New England is beautiful and Dunkin’ Donuts is great! They were such a treat to work with. But alas, there were no “munchkins.” It was still a very fun and silly day so I suppose I’ll let it slide.

TrunkSpace: In all seriousness, the far more impressive project you are currently promoting is An American Pickle, which for us, arrived at the perfect time because we needed a mental escape from the realities of, well, reality. Did it feel kind of special to have this film come out at a time when there wasn’t a lot of other new content circulating? In a way, it was just the “check out” people needed.
Evensen: It does feel very special to have it released during this strange time we’re living in. We shot the film almost two years ago and never did I ever think the world would look the way it does right now. The initial plan was for a theatrical release and when the theaters shut down and so many films were being pushed and rescheduled, I was a little worried that An American Pickle would be scrapped all together. I definitely sighed a huge sigh of relief when they made the HBO Max announcement. I’m honored to have it come out during this time and grateful that people can watch it from the comfort and safety of their own homes. Hopefully it brings some joy and escapism in a time where both of those things are greatly needed.

TrunkSpace: You worked alongside Seth Rogen in the project, which was the first HBO Max original release. Is it difficult to not assign expectations to a project of this size and how it could impact the rest of your career? How do you temper those “what ifs” with each project you take on? 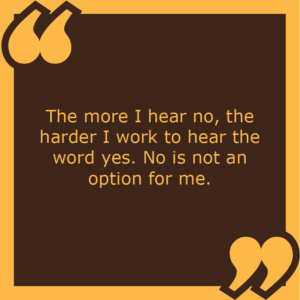 Evensen: This is a great question. I’d say yes and no. Is that a cop out to say both? Yes, because it’s such a huge and cool opportunity overall. But also no, because I learned pretty early on that nothing is a guarantee. I was edited out of my first big commercial after telling all of my friends and family to watch for it… that was a humbling experience. I also booked an episode on a new series last year and my character wound up being written out in script rewrites. That’s just business, it’s nothing personal. Having had those experiences, I’d like to say I’m cautiously optimistic about things, but also hesitant to assign too much expectation from the get go. I think it’s human nature to get excited and to daydream, but trying to approach it from a more businesslike mindset saves a lot of mental energy in the long run. I also find I’m more productive when I focus on the present instead of daydreaming about the future.

TrunkSpace: We would imagine that a project of this size and scope would be just as much of a learning experience as it would be a job. What did you learn by observing or by osmosis on the An American Pickle set that you’ll apply to the rest of your career going forward?
Evensen: I think this is the first set where I really experienced what it’s like to have a scene partner who actually listens to you. And let me tell you, that is a game changer. So in that regard, I learned how to be an effective and giving scene partner.

TrunkSpace: What are you most proud of with your on-screen performance as Clara?
Evensen: Without giving too much away, there’s a crowd scene where I mouth the words, “I’m sorry.” I improvised that and have received a lot of great feedback about it, which is cool.

TrunkSpace: For the viewer, the end product is always the most memorable, but for those involved in the project it must go much further than that. What’s the most memorable aspect of getting to work on An American Pickle that you’ll carry with you through the rest of your life and career?
Evensen: I’d say the moment I answered the phone and found out I booked the job was quite memorable. The film came at a very transitional time in life for me. I had just taken a leap of faith and quit my serving job a week before I booked the film. Now, I’m not saying go out and quit your job, but I think this is a great example of trusting your gut and taking a leap. 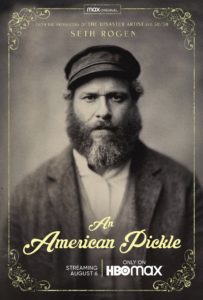 TrunkSpace: What has been an unexpected bonus or reward – something you could have never anticipated when you first started your journey as an actress – to a career in the arts? What is an aspect of your life that you wouldn’t have now had you not taken this path, but at the same time, one that you can’t imagine your life without now?
Evensen: I think as someone in the arts you have to have some degree of empathy in order to understand characters and to experience emotions. I think I’ve always been fairly empathetic, but my empathy has grown over the years. And because of that I think my world view has grown and shifted so much by simply by being curious and listening to those around me. I love staring out at city lights and thinking about how there are millions of people living where those lights are who I will never meet, but they all have their own unique lives with people who love them and goals and dreams and things that are important to them. So I’d say overall a deeper curiosity for others’ experiences and a desire to listen and to understand. I know this doesn’t just apply to actors, but it has certainly been a bonus for me.\

TrunkSpace: There are ups and downs in any career, but certainly the entertainment industry is known for delivering peaks and valleys. Was there ever a moment where you considered walking away from acting, and if so, what kept you on your path and looking forward?
Evensen: I have never considered walking away from acting. I’m a very stubborn person. The more I hear no, the harder I work to hear the word yes. No is not an option for me. I will say there have been some very discouraging times and times where my patience and determination have been greatly tested. I’m fortunate to have a very large supportive immediate and extended family. They have pushed me forward on the days where I’ve struggled.

TrunkSpace: We read that you enjoy reading. What good books have you dove into this year to escape?
Evensen: This list could go on for a while, so I’ll keep it to the most recent. I just finished reading “On Earth We’re Briefly Gorgeous.” Wow, it was a beautiful book. Before that, I read the new Hunger Games prequel. I enjoyed it, but it also made me mad and that’s all I will say about that. Currently I’m reading a collection of short stories by Ted Chiang called “Stories of Your Life.” I’m a big fan of the film Arrival and it’s based on a short story in this book.

TrunkSpace: Time machine question. If you could jump ahead 10 years and get a glimpse of what your career looks like a decade from now, would you take that journey? If not, why?
Evensen: As tempting as it would be, I’d politely decline. I’ve had plans and ideas for how I’d like things to go, but I’m continuously surprised by how much better everything turns out when it just unfolds. Currently working on finding peace in going with the flow and allowing life to surprise me.

An American Pickle is available now on HBO Max.