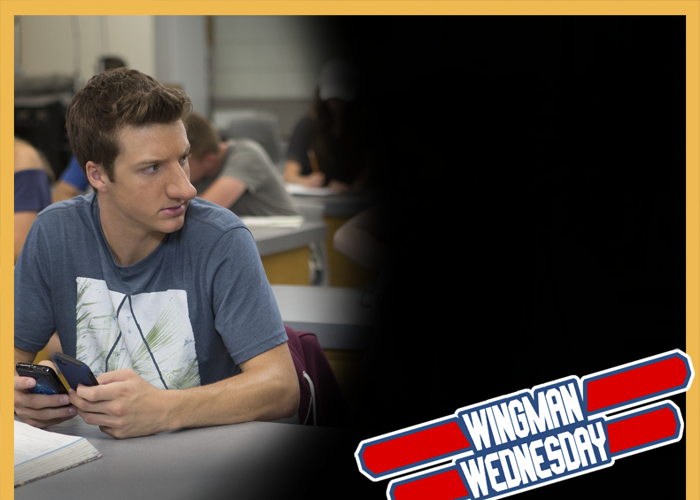 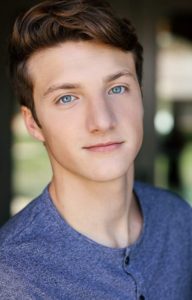 First up we’re chatting with Jake Short to discuss tackling a historical great, the complexity that exists within the character’s motivation, and why he loves acting more now than he did when he first started.

TrunkSpace: “#Roxy” is a classic story with a very modern take. Lots of fantastic actors have played their own version of Cyrano de Bergerac over the years. Did you go back and look at any of them or did you want to go into the film with a completely fresh mindset?
Short: I read “Cyrano de Bergerac” and watched Steve Martin’s take in “Roxanne,” but applied my own little twist to the character of Cyrus.

TrunkSpace: Is there pressure – the kind you put on yourself – inhabiting a character that has such an incredible history in the performing arts, even if your Cyrus is only loosely based on the original?
Short: With little theater background, it’s really new to tackle a historical character, but I try not to put more pressure on myself than what already exists. Since it’s such a modern retelling of a classic story, I concerned myself with having fun and grounding the character in the new world.

TrunkSpace: In terms of becoming Cyrus for the course of the production, what was the most difficult aspect of your character discovery? What part of him required extra work or focus?
Short: The complexity behind wanting to be loved by someone through another person never crossed my mind. Trying to understand his longing to be loved without the willingness to love himself presented a new, useful challenge.

TrunkSpace: Digital communication plays a big role in the plot of the film. What is your own personal relationship with social media? You have a digital presence, but is it more a necessary evil than a passion?
Short: Social media started picking up before I was even a teenager, a part of my growing years. I enjoy social media for laughs 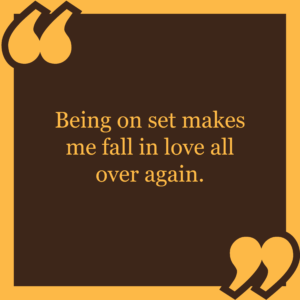 and connecting with people, but not when it takes us out of the real world. I try as much as possible to keep my phone in my pocket when I’m out in the world or around people. It’s necessary, but not evil – certainly not a passion. However, it’s really useful to connect with fans and people who want to see you thrive. THAT is brand new and super special.

TrunkSpace: For the audience, the most enjoyable part of a movie is the movie itself, but for those involved in the project, we would imagine it is the experience. For you, what will you take away from the production that will stay with you?
Short: We had some unforgettable nights out with the cast and crew. Those will never escape me. Also, I spent an hour in makeup every morning. Will NEVER forget that.

TrunkSpace: You have been acting professionally since you were a young kid. Do you still love it as much today as you did the first time you set foot on a set?
Short: I think I love it even more now. There’s a new appreciation you find for things as the years run on and I know so much more about my industry now. I learn something new every time I put myself around fellow thespians. Being on set makes me fall in love all over again.

TrunkSpace: As you’ve gotten older and have lived more life, do you view the craft differently now? Does your approach to performing and discovering a character look very different than it did 10 years ago?
Short: Absolutely. You start to understand why people choose words, what makes them tick, how people react to those words. More English also helps. As time progresses you understand other people and yourself, which remains one of the most useful tools in acting.

TrunkSpace: What has been the biggest highlight of your career thus far, the “pinch me” moment that still makes you pinch yourself?
Short: Probably the first movie I was cast in, “Shorts” directed by Robert Rodriguez.

TrunkSpace: It was announced back in May that Jimmy Kimmel would be playing the older version of you in the ABC series “Man Of The House,” which sounded like a really fun show with a stellar cast and incredible creative team behind it. We have since not heard anything, so we have to ask, is that still moving forward?
Short: We did not get picked up for a season order, but it was a great team of producers and a wonderful cast.

TrunkSpace: Time machine question. If you could jump ahead 10 years and get a glimpse of what your career looks like a decade from now, would you take that journey? If not, why?
Short: No. As much as it would be nice to know what happens, as much as I would want to take the shortcut, I wouldn’t. The journey to get there, you learn so much. Would you watch the first scene of a movie and then the climax? You don’t see what the character learns, what brought them to that peak.