Jaret & Kelly’s Sittin’ In A Tree 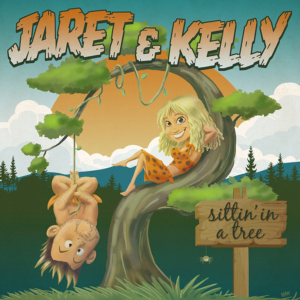 Reason We’re Cranking It: The musical marriage of Bowling For Soup’s Jaret Reddick and The Dollyrots’ Kelly Ogden is a fist pumping, foot tapping union that builds on their real-world friendship with indelible hooks and perfectly-synced singalong melodies. You could try playing “Sittin’ In A Tree” quietly, streaming it as background music, but you’d fail. This is an album that was built to be enjoyed at maximum volume!

What The Album Tells Us About Them: With their musical roots set firmly in the soil of pop punk, the dynamic duo still manages to branch out, mixing genres and influences seamlessly, whether its the alt-country flare of “Daddy’s Girl” or the ‘80s inspired “That Night.” You can hear that both the past and present has impacted their music, but more importantly, you can feel it.