Ruby Boots, aka Bex Chilcott, pinged our radar earlier this year with the release of “Don’t Talk About It,” an album that instantly floated to the top of our Best Of ‘18 list. Defying genre labels and rising above simple sorting, the Australian-born singer/songwriter isn’t just a square peg finding her way in the circular hole that is the music industry – she’s her own yet-undefined shape who is leaving her mark by being musically malleable.

We recently sat down with Chilcott to discuss how she takes compliments about her art, why she needs to give herself free reign to create “whatever the fuck” she likes, and the inspiring vibe of her new home, Nashville.

TrunkSpace: We have loved “Don’t Talk About It” since we first heard the album, and in fact, we think it is something that we should very much be talking about. As it relates to your music, are you someone who handles compliments well?
Chilcott: Well thank you, I’m glad you love it! I have learnt to say thank you as a way of handling compliments the best I can. Someone once pulled me aside and said, “Please don’t take this the wrong way, but I was trying to pay you a compliment and when you brush it off and don’t receive it, it robs me of the joy of sharing how I feel.” So from that moment on I learnt to say thank you so as to keep in mind that it’s not up to me to depict if someone enjoys what I create and receive whatever it is my music makes them feel, good or bad!

TrunkSpace: What we really enjoyed about the album is that, while each song works cohesively together, it really is a mosaic of different genres and styles. As a songwriter, are you someone who works within your own self-imposed boundaries or creatively is anything on the table as long as it suits the song?
Chilcott: I love this question! I am all about instinct. I know when I want something and I know when I don’t – it always comes based on a feeling, usually that is in the form of either joy or anxiety! (Laughter) It’s never very calculated and sometimes I can barely put what I want from a song into words, which is probably why the album has that mosaic feel, and quite honestly, I am always worried that the albums I make won’t be cohesive even though its something I do strive for! I don’t like boxes. We as artists should give ourselves free reign to do whatever the fuck we like, and that’s how I approach making music. As long as I can be proud of it, and if I put something out that I can’t get to that place, if I can take some kind of lesson away and grow from the experience then that has to be just as good as that sense of pride! 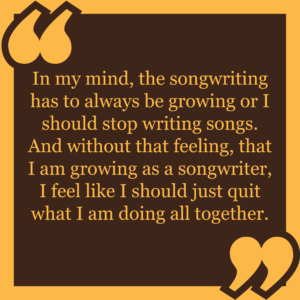 TrunkSpace: Breaking down the songs further, it also seems that lyrically you’re not afraid to pull back the curtain and reveal the rawest of emotions and personal experiences. Do you feel it’s possible to put too much of yourself into a song or is that honesty a part of what makes it all work so well?
Chilcott: Even if the song is not about a direct experience I have had, I will always try and put myself in it, and if it is, I try not to be too coy. Maybe someone could listen to one of my songs and feel understood in one way or another – perhaps they have been through something that hits home for them and they can take something away from it. Whatever it is, I am not afraid of being real. I don’t have time for fake.

Take the song “Somebody Else.” It’s based on a story, the whole gaslighting concept, and I had a very close friend spiral into deep depression because she had someone lie to her so consistently she thought she was going mad until she found out she was right. It was awful. So I write that from a first person point of view to best try to understand it. I have been hurt before too, so I throw that sentiment in there and hopefully a listener in a similar situation can feel understood too!

TrunkSpace: When you put so much of yourself into a song, do you second guess putting it out into the world, particularly in a day and age where everyone seems to have a soapbox they’re all too eager to stand on thanks to social media and other internet-based platforms?
Chilcott: I mean, it’s an assumption that each song has all of myself in it. I write in first person because it helps me connect with what I am writing about, but I don’t always write from deeply personal experiences. When I do however, I don’t stand on a soapbox because I don’t approach life like that. I have overcome so much in this life already that if I get kicked down, first I hurt but then I pick myself back up, dust all that shit off and keep moving forward, and I think that is a positive perspective to write from – show the hurt and the pain but show the defiance, the resilience and the victory of not giving up or being pushed around, you know?

TrunkSpace: Where are you hardest on yourself as an artist?
Chilcott: The songs. It’s ALL about the songs. In my mind, the songwriting has to always be growing or I should stop writing songs. And without that feeling, that I am growing as a songwriter, I feel like I should just quit what I am doing all together.

TrunkSpace: We have read about your journey from Perth to Nashville and the personal difficulties you experienced throughout your younger years. How much of that impacted who you are as an artist today? Obviously it’s impossible to know what could have been had we zigged instead of zagged in life, but do you think you would have a much different creative POV in the present had you had a more stable, less nomadic past?
Chilcott: I love this question too! Yes, your life journey shapes the way you see the world and so it’s exactly the perspective that you write from. Had it been different so would be my writing and my songs!

TrunkSpace: Is songwriting a form of therapy for you? If you didn’t have it as a creative outlet to get your thoughts out, do you think you would feel more emotionally bogged down?
Chilcott: It used to be therapy in the sense that it was the first outlet I had found in life to express my emotions in a way that made sense, but now it’s therapeutic in the sense that it helps me process things – how I view certain situations or things that are going on around me or even what’s going on inside rather than just expression from emotion in a more raw format. It allows me to question something and process it that way. 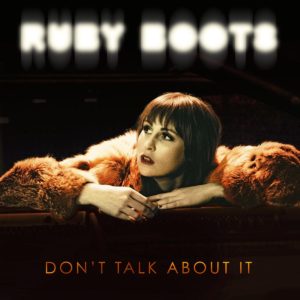 TrunkSpace: Nashville is such an amazingly creative city. Does being around other creatives inspire you to pursue your own art even further than you would if you were living in a different place?
Chilcott: Yes, it is, and yes, it does. There is always someone to collaborate with or a show that is happening that is deeply inspiring and the quality of music that is made in this city means there is always an awesome album coming out from someone I know that blows me away.

TrunkSpace: Writing, recording and promoting an album is a long process. As you’re continuing to put time and promotion into “Don’t Talk About It,” has your creative brain and essentially who you are in the moment (likes, dislikes and things you want to express) already moved on to what you would like your next artistic endeavor to be?
Chilcott: No, it doesn’t have the chance to move onto anything, it kind of gets stuck in this vortex of time for a while. All the focus goes into being present in the moment and giving your attention to the release. Sometimes it can appear that once an album is out that that’s it, but there is so much work to do around release time and if all goes well, for some time after that! Thankfully this time I have some incredible people working with me on this release so I am able to focus more on my live shows, etc!

TrunkSpace: If someone came to you with a time machine and offered you a chance to have a glimpse at what your career will look like 10 years from now, would you take the futuristic peek?
Chilcott: No way! I need to stay present in the journey and enjoy each moment. If I knew what it was leading to then it would take away all of my joy!

“Don’t Talk About It” is available now from Bloodshot Records.