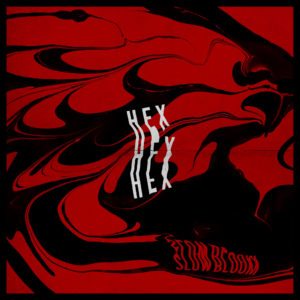 Reason We’re Cranking It: Because playing it quietly would be a fruitless endeavor. Johnny Andrew’s vocals, a hurricane of Gale-force howling, feel ripped from the CBGB’s stage circa 1975. This is music meant to be played loudly and proudly.

What The Album Tells Us About Them: Other than a rider filled with honey and lozenges for Andrew’s vocal chords? Well, it tells us that this is a band that could be a game changer for the post punk scene, which has seemed to be stuck on idle in recent years. If they play their cards right, they could be holding the entire deck when all is said and done.

Track Stuck On Repeat: “Neon Sequitor,” the opening track, is the best way Slow Bloom could have said hello with the EP. Aggressively catchy and instantly memorable, it would be a radio hit if radio actually played new music anymore.

Coming To A City Near You: Slow Bloom tour dates can be found here.