With a new EP due next week, our favorite soulful, soul-baring singer/songwriter Ellisa Sun is sharing her latest single, “Just A Little More,” with TrunkSpace. Come for the song, stay for the chat below!

TrunkSpace: We spoke earlier this year. Are you in a different mindset – creatively, emotionally – than you were when we chatted back in May?
Sun: Absolutely. I’m still the same person, of course, but I feel like I’ve learned a lot over the past year and a half. I’ve grown not just as an artist, but as a businesswoman. And I’ve built a band I’m insanely proud to have. I’ve learned to collaborate and create this EP with my band from the ground up. With my first album “Moon & Sun” (released in April of last year), the songs were pretty much written and arranged ahead of time. With this EP, I worked with my band to create five pieces of intricate music, inspired by my personal experiences with love and loss. Emotionally speaking, I haven’t changed much – I’m still the crazy person I was back in May! But I have been lucky enough to find a partner since May, Ken Michienzi, who serves as my rock through the insanity of navigating the music industry and touring the USA in a 30-ft RV.

TrunkSpace: How do those creative and emotional changes directly relate to your new single “Just A Little More,” which we are premiering here today?
Sun: I’ll just go ahead and be super open with you: I wrote “Just A Little More” when I was first dating Ken, my current partner. When I first started dating Ken, I wasn’t totally sure what I wanted. I knew I liked him, but I also wanted my freedom. I was conflicted, and I talked to a lot of my friends about it. Nowadays, with all the dating apps and the ability to pick up a person with a single tap of your finger on a screen, it’s easy to throw people away. I was afraid of getting hurt. I was afraid to take the leap and admit I liked him. Suffice it to say, it worked out and we’re together still! But, this song is about that chaos of being afraid to admit your true feelings for someone.

I wrote the song and brought it to my band while we were on a band retreat in Watsonville, CA. We had the weekend to hang out by the beach and it was a beautiful and peaceful place. The song 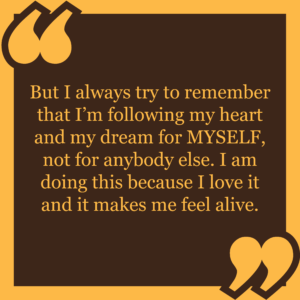 came together over the course of a day, as my band members added their parts organically. Over the next few months, the song grew even more into what it is today! This is a testament to the creative changes I’ve made over the past year and a half. We worked together as a group, and this is something I’ve always wanted: a harmonious band that communicates effectively, works hard, and creates fearlessly.

TrunkSpace: The single is from your upcoming EP of the same name, due September 21. Would you say this is a new chapter in your creative life, and if so, what does the EP say about who you are as an artist in 2018?
Sun: Well, here’s the sad part of all this “harmonious band” talk: my band broke up after we created this EP. Nothing bad though! One member needed a break to focus on his family, one moved to New York, and as for me: I was ready to leave the Bay Area. It’s all good – I’m so grateful we ended things peacefully, there was no drama and we still keep in touch (we’re even doing a full-band reunion tour in Boston, NYC, Philly, and DC at the end of September!)

I left 1 month ago to embark on a year-long tour in my 30-ft RV with Ken. This is DEFINITELY a new chapter in my creative life, because I no longer have my band. I am being forced to focus on my craft alone, with Ken to play the Cajon for me, which is really nice. But I’m being challenged to improve my guitar skills and songwriting.

The EP is both a showcase of me and my band’s hard work, and a sort of “time capsule” of my life in the Bay Area since this was our last project together before taking a break. I’m using this solo tour as a time of reflection, to figure out what I want next: where I want to live, what types of sounds I want to create, and how to make a full-time living off my music – cause I am hellbent on making that happen!

TrunkSpace: You and your band self-produced the EP this time around. How did that change the process of recording for you? Did having more creative control mean having more of your vision take shape?
Sun: Absolutely. We wrote, arranged, rehearsed, produced and recorded these songs over the course of a year. This is VERY different from “Moon & Sun,” which was recorded at a studio over the course of four days. I wrote three of the five songs, but the other two were started by Niko, my bassist, and Chuck, my guitarist. The songs would start out as one idea and end as another. We had the time to play around with ideas, throw out new ideas, throw away ones we didn’t like, and start over if we had to. We kept shared Google Docs with notes and ideas, rehearsed at least twice a week, and made sure we were all on the same page. It was truly a collaborative labor of love.

TrunkSpace: Last we spoke we referred to your music as “sexy.” Will that sexy vibe carry forward into the new EP?
Sun: (Laughter) Me calling my music “sexy” was a joke at first – I use that adjective too much and my bandmate Niko made fun of me, so I (of course) kept doing it. To me, “sexy” doesn’t necessarily mean the cliché, slow jam, baby-making music you hear on your local late night radio. Rather, it’s a word to describe music that makes you feel something. Sometimes that feeling is emotional – it brings you back to a certain place or time. Sometimes it’s physical – it makes you want to move your body or it gives you the chills. Other times it’s mental – it sparks questions you’d never had before.

But I do want one of my songs to result in a baby being conceived. Just saying. That’s a real goal of mine.

TrunkSpace: We also spoke about the various styles and influences we heard in your music. Did you try to bring anything uniquely new to this project, sonically or lyrically, that you never tackled before?
Sun: Yes! A lot of this is EP is new sonically and lyrically. Compared to “Moon & Sun,” this EP is a lot more upbeat. The songs make you want to move and sway a bit more. Sonically speaking, we experimented with tons of sounds. Quincy, my drummer, tried a bunch of different percussion instruments. David, my keyboard player, tried out piano, synth, and organ sounds with the songs. All of the guys were fabulous singers and came up with their own backup vocal lines.

We created A LOT of demos, test mixes, and versions of the songs before we settled on the final arrangements. I also had the pleasure of working with two horn players, Dan and Ethan, who work really well together and created some truly delicious horn lines in all of the songs. I even sing in Spanish in one of the songs, “Chaos”, with my guitarist Chuck! I speak Spanish and I generally want to sing more in Spanish, but haven’t had the chance until now.

TrunkSpace: When you’re choosing the first single, do you pick the track that you personally enjoy most? The track you think will be the most accessible to a mass audience? What is the formula you use when making that decision?
Sun: I chose the track that is the most representative of the band. “Just a Little More” shows off our band’s many talents and it’s my personal favorite. I have a deep emotional connection to this song because of where it came from and how it grew with the band. It’s easy to sing along to, and hopefully my audience will enjoy singing along to it! Since I’ve been on the road, I’ve played a lot of house shows where the crowd is intimately listening to every word. So I’ve incorporated a lot of sing-alongs with the song, where the crowd sings some “ooos” and the chorus line “break your little heart”. It’s been so much fun!

TrunkSpace: What are you most proud of with the new EP?
Sun: I’m definitely proud of how collaborative it was. We created the songs together and we did the legwork to finish them. It feels so good to know your music came from a place of peace, a place of true love. It wasn’t just some guys I hired to play the chords I wrote, and there was no drama about who gets to play what. We made it together.

TrunkSpace: Do you place expectations on yourself and your music when you release something into the world? Does the “Just A Little More” EP or the single of the same name have personal goals attached to them that you hope to achieve?
Sun: I absolutely place expectations on myself. Ken can attest to that – he has to deal with my constant self-deprecation. I’m incredibly proud of this EP, and therefore terrified to release it into the world. I’m scared of people saying negative things about it, or telling me what I should or shouldn’t be doing in the music business as a result of this EP. But I always try to remember that I’m following my heart and my dream for MYSELF, not for anybody else. I am doing this because I love it and it makes me feel alive.

As a personal goal for the EP, I want people to feel connected to the songs and relate to the lyrics. This EP is all about love: the chaos of love and the payoff of all the ups and downs. All I want is for people to feel something from my music and share it with people they love.

TrunkSpace: Time machine question. If you could jump ahead into the future 20 years to get a glimpse at how your career played out over the next two decades, would you take that trip? Would you want to know how things ultimately work out, and if not, why?
Sun: This is a very difficult question! I would say, yes. If someone offered me the chance to travel through time, why the hell wouldn’t I?! If I wind up under a bridge homeless and living off dead rats because my music failed, I’d rather know now. And if I wind up living in an enormous mansion surrounded by servants and statues of pure gold, then I’ll know to keep on truckin’.