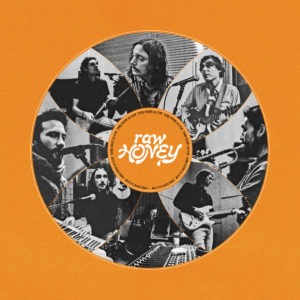 Reason We’re Cranking It: We live a pretty vanilla lifestyle, so until “Raw Honey” came along, we didn’t have a Drugdealer. Thankfully this musical collective of eclectic collaborators (say that five times fast!), which is the brainchild of Michael Collins, is just as addictive as an illegal narcotic… at least so we’ve heard.

What The Album Tells Us About Them: What’s old is new again. Channeling the vibe and honesty of the singer/songwriter movement of the 1960s and mashing it together with the kinds of guitar riffs you’d hear pouring from the amps of southern rockers Lynyrd Skynyrd, Collins is tapping into something that feels 8-track-organic, but is crisp enough for the digital age. They’re dialed in and we’re answering the call.

Track Stuck On Repeat: The mesmerizing tone of Weyes Blood’s vocals on “Honey” is the curb appeal that brings you into the song, but once inside, you make yourself at home with a track that is a modern day The Mamas and the Papas.