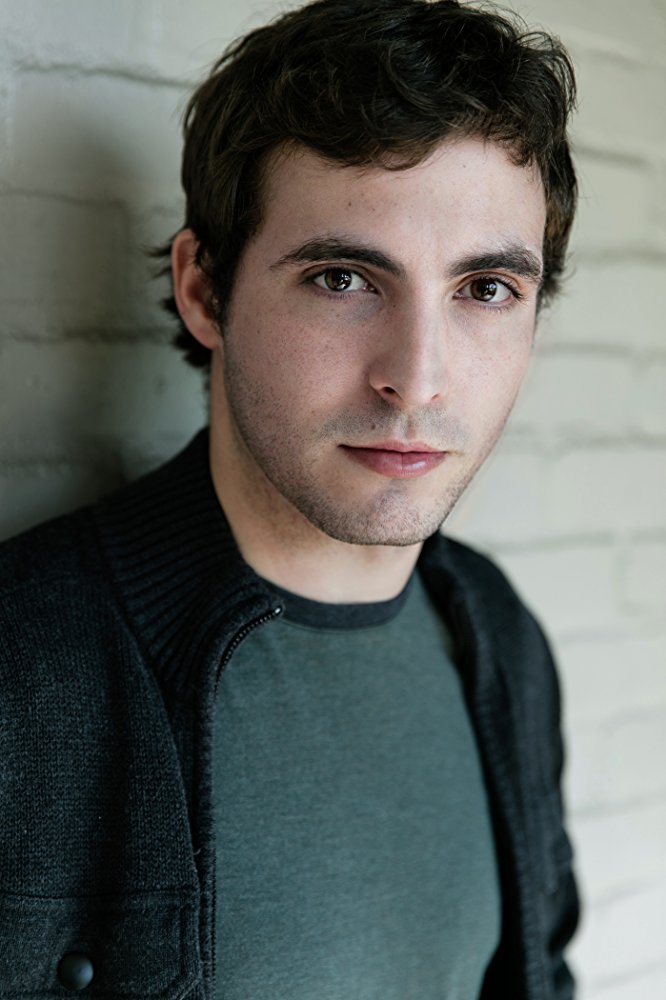 TrunkSpace: When did you know that you wanted to act for a living?
Williams: By the time I was a sophomore in high school I knew that acting would always be a fundamental aspect of my life; it was like this new diamond that I discovered along a seashore. Like anything worthwhile, age and time will only make such a thing more valuable, meaningful, and intoxicating over the years. By the time I graduated high school, I knew that it would haunt me ‘til the day that I died if I did not pursue a career as an actor going forward with my life, perhaps, in the afterlife too as far as I could tell at the time.

TrunkSpace: Was there a particular performance or actor/actress from your childhood that you remember being drawn to and inspired by?
Williams: Oh, certainly! Firstly, there are so many great and inspiring performances — and actors who’ve paved the way — to pick from; it’s difficult to pinpoint anything or anyone above another. I’m just going to stick to the first one that stuck out to me before I knew how to articulate how I felt about acting — although, there was always this deep intuition and sense of oddity that lured me into wanting to be more than myself; or, as Bob Dylan would say, “All I can do is be me, whoever that is.” I still remember watching “Gangs of New York,” as a kid. Honestly, I thought that Daniel Day-Lewis was “Bill the Butcher” for years; of course, until I got older and realized that he was nothing like that in his interviews, which made me all the more impressed and amazed by what acting can be instead of what I thought it was at that point in my life.

TrunkSpace: How did you decide to approach your career as an actor? Did you formulate a plan of how you wanted to attack what is known for being a hard industry to crack?
Williams: You know, I did have a game plan, and I still do, but it’s constantly evolving and becoming unrecognizable to any 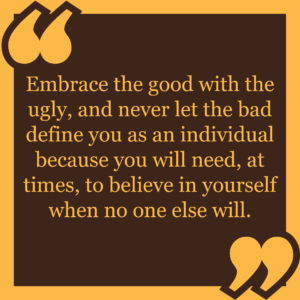 formulation I could’ve dreamed up some time ago in the past. I still have miles to go before I can begin to feel comfortable with my career, but I’m enjoying the ride, thus far, and the edge I think only brings out the best that I have to offer as an actor. Ironically enough, it reminds me of reading a script, building and finding character in those pages, fleshing it out, and finally bringing that character to life whether it be on a stage or the screen. Ultimately, I think you just have to accept the unpredictable and learn to live with the uncertainty that comes with the nature of the industry. Perhaps, a delicate balance of talent, madness, luck, hard work, and rationality is the right recipe for some success at the end of the day.

TrunkSpace: When did you decide to move away from your home and pursue acting as a career? How old were you at the time?
Williams: Well, I was going to move away when I was 18 years old to live in New York City, I saved up enough money for five months of rent, and I was going to be studying acting at a reputable school there in New York while I looked for work. However, other things happened — as they tend to do in life — and I didn’t leave at that moment in time. As a point of fact, I moved away from my usual stomping grounds in May of 2017, so recently. I visited Los Angeles last November and talked to a few actors, at a movie premiere, about my passion for acting and how much I wanted to do what they were doing, as I figured, the claws of the mere possibility of being a part of this whole thing hooked into my mind, and my mind was made-up over that trip, “I was going to come out here and give this thing everything I had to give.”

TrunkSpace: Was that move an easy transition for you initially? How long did it take you to feel at home and find a good support group of friends and peers?
Williams: The first few days felt slightly worse than a nightmare, but due to the remarkable character of a few friends and family members who helped me out in that period, I adjusted to the pressure rather quickly, and I started doing what I set out to do without hesitation. Still, a lot to be done, no question, but I’m feeling more and more comfortable and concentrated with time, not the opposite.

TrunkSpace: What has been been your biggest break in terms of a particular role or project thus far?
Williams: Hopefully, in due time, I can use the term “big break” in a different context, but for the time being it has simply been the small things that have made all of the difference for me. Thousands of actors move to Los Angeles and find no work, whatsoever, for prolonged and enduring periods of time. Thankfully, I’ve been afforded the opportunity to work on several sets, land a few auditions, and gain experience in the process. Finding the right representation will be my biggest break going forward and I’m trying to make all the necessary adjustments in the meantime to accomplish that goal.

TrunkSpace: Is there a specific type of role you’d like to take on or a specific genre that you feel more at home in?
Williams: Interesting question! In the meantime, I’m comfortable working as a background actor only because I enjoy the work so much, but it’s not my idea of myself as an actor. I see myself as more of theatrical talent who wants to take on roles that I should and do fear; I enjoy that process. I think of Sean Penn in “Mystic River,” Christian Bale in “The Fighter,” Daniel Day-Lewis in “My Left Foot;” it’s those types of roles – and many others — that intrigue me the most as an actor, so it’s in that universe (however hyperbolic that sounds) that I want to live within eventually. 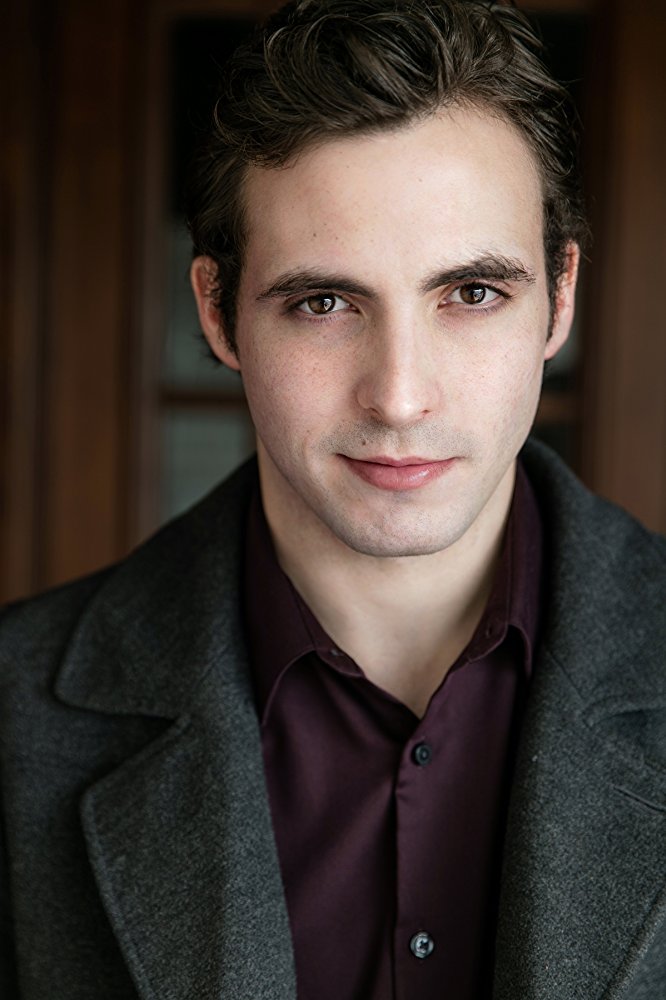 TrunkSpace: What would you say is the greatest strength an actor/actress can have outside of acting ability itself?
Williams: A good philosophy when it comes to life, don’t forget to love it and cherish every moment of it. Embrace the good with the ugly, and never let the bad define you as an individual because you will need, at times, to believe in yourself when no one else will. We laugh, or we cry, right? Also, a good work ethic never hurts; it’s a necessity for everything in life done well. I’ve worked on rigs, on crew boats, in restaurants, and I’ve taken on other occupations… all of which have benefited me as an actor and as an individual, to be completely honest. However, there is no one-shoe-fits-all when it comes to finding meaning and comfort in life, so stick to what works for you if it’s working.

TrunkSpace: What is your ultimate dream when it comes to your acting career? Where would you like your path to lead?
Williams: Man, it’s hard not to sound pretentious when answering this question. (Laughter) Honestly, if I can make solid money doing what I love most in life, it would be a dream come true. With that said, I do thoroughly believe in this quote by my favorite living actor, “Everybody has to know for themselves what they’re capable of.” Honestly, I know I’m capable of quite a lot as an actor, and I would love nothing more than the mere opportunity to show that to the world, to my peers, and to myself. If a window of that magnitude presented itself, I wouldn’t let it shut, and I wouldn’t fail once I got through! I think it’s impactive to have such a mentality to achieve that which others deem impossible, especially when you think it’s true!

TrunkSpace: What advice would you give another young aspiring actor/actress who is considering moving away from home to pursue their dream?
Williams: If it’s in your core to do it, do so, and be prepared to take a hard road along the way. In other words, do it because you love the thing itself, not the idea of what it could be; it’s the climb and the work that makes all of the difference at the end of the day. Love what you do and do what you love, but also be willing to work for what you want in life.

TrunkSpace: Where can people (and casting directors) learn more about you?
Williams: Email: colejwilliamsact1@gmail.com Website: talentfound.biz (It’s a site that I and my manager created, it’s still the early developmental stages of what it will eventually be). My stage name is “Cole J. Williams.” You can look me up on IMDb, but all of my work is not posted there (student films, theatre, some background jobs), but my contact information is available there for those parties chiefly interested and concerned. I’m working on my demo reel in the meantime and I just updated my headshots, which are soon to come. I’m looking to sign with an agent that I’ve been speaking to over the last month or so, but I’m also looking for as much exposure that I can get, so interviews like this are fantastic and I thoroughly appreciate you guys reaching out to me so that I can express myself and answer your questions!