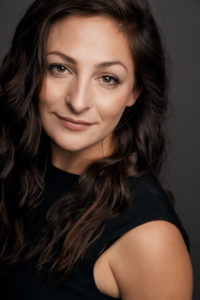 TrunkSpace: When did you know that you wanted to act for a living?
Celozzi: I have glimpses of memories from before I was five years old when family members or friends of the family would ask me what I wanted to be when I grew up, and I would always eagerly and confidently respond with, “An actress or a professional soccer player.” I can’t recall a time in my life when I didn’t know I wanted to be an actress, but there were many times where I found myself attempting to do something else, something more “stable”, which ironically made me feel less and less sane the further I pursued. Eventually I gave up on stability and started focusing more on sanity, which was when I made the determining factor that there was absolutely nothing else I could see myself doing happily. Acting was the “thing”.

TrunkSpace: Was there a particular performance or actor/actress from your childhood that you remember being drawn to and inspired by?
Celozzi: Truthfully, no judgment, I wanted so badly to meet and be one of the Teenage Mutant Ninja Turtles as a kid. I felt like if I worked hard enough to watch every single one of their cartoon episodes, memorized every line word for word, and diligently sat in front of the television repeating it, then some sort of magical laser would send out the red alert that the next April was ready. I know it’s not your typical inspiration, but that was mine. I thought I was a prodigy. You can imagine my disappointment when they never showed. It wasn’t all bad though. It did begin this wonderful ability to speed memorize lines, and I have a different kind of appreciation for TMNT in my adult years.

TrunkSpace: How did you decide to approach your career as an actor? Did you formulate a plan of how you wanted to attack what is known for being a hard industry to crack?
Celozzi: My approach/plan as an actor is to be an asset, not only in the realm of acting but also in the filmmaking community as a whole. I enjoy 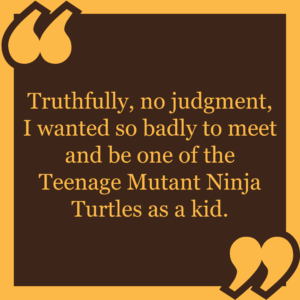 storytelling. I was born to be a storyteller. Whether I’m in front of the camera, behind the camera, or at home, every single day I make it a point to learn something new about the filmmaking process. Outside of acting I am also a writer and recently started venturing into directing and producing. The way I would like to be described is as a collaborator. I feel like when you’re following a passion through curiosity, through the eagerness to learn, you’re going to continue to meet the right people, you’re going to find places to apply your knowledge, you’re going to find people who want to work with you. Everything is a learning experience, so as long as I’m learning, I’ll consider my acting and film career successful.

TrunkSpace: Was that move an easy transition for you initially? How long did it take you to feel at home and find a good support group of friends and peers?
Celozzi: It was surprisingly an easy transition. I knew immediately as it was happening that I was making the right decision. I put a lot of trust into the unknown and believed that everything would happen as it was supposed to. The physical transition was quite a wonderful one. I knew I wanted to gain more life experience while venturing out here, so my boyfriend, who is also an actor, and I traveled across the southern half of the United States for 93 days from Boston to LA. Those 93 days consisted of a planned itinerary with around 300 items, including zip-lining over alligator pits in St. Augustine, riding in a hot air balloon in NM, and visiting my favorite place on earth, the Grand Canyon. Upon landing out here, I began taking classes immediately, completing a Meisner class with Anthony Montes, a former student of Sandy Meisner, the 8-Week Audition Masterclass with Risa Bramon Garcia, and Improv 1 & 2 with The Second City within 3 months of getting into the groove of acting again. Through classes it was really easy to quickly build an expanding support group with friends and peers and create a new home out here in California.

TrunkSpace: What has been been your biggest break in terms of a particular role or project thus far?
Celozzi: I think my biggest break thus far is something I can’t talk about just yet!

TrunkSpace: Is there a specific type of role you’d like to take on or a specific genre that you feel more at home in?
Celozzi: The specific types of projects I feel most at home in are character pieces, whether comedy or drama. I experience something amazing when given a character whose layers I have to sort through, when bringing them to life is an art form. 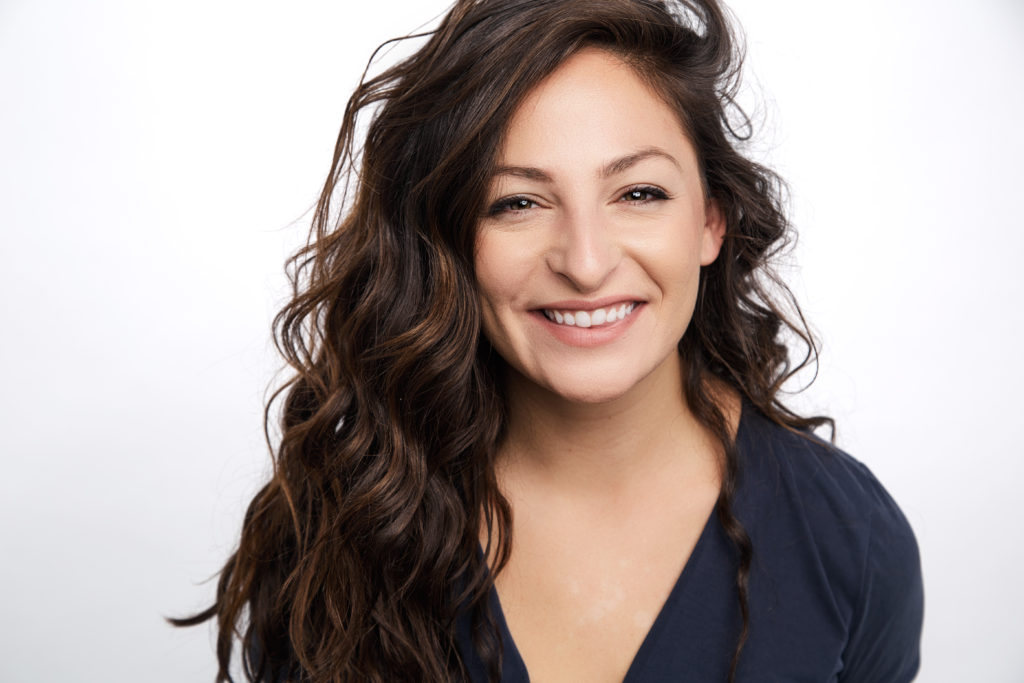 TrunkSpace: What would you say is the greatest strength an actor/actress can have outside of acting ability itself?
Celozzi: The ability to learn. The ability to see something for what it is. The ability to laugh at yourself. The ability to place your ego on the sidelines and lead with your soul. The ability to understand human beings, not only as a means to bring a character to life, but also in order to communicate with the people you are working with.

TrunkSpace: What is your ultimate dream when it comes to your acting career? Where would you like your path to lead?
Celozzi: My ultimate dream is to be able to take my acting career to the furthest point I can and continue learning and moving people along the way. Again, if I am allowed the ability to continue to learn, that’s the most that I could ask for from any career.

TrunkSpace: What advice would you give another young aspiring actor/actress who is considering moving away from home to pursue their dream?
Celozzi: If there is nothing else you want more than to act, then do it. Do it to your fullest potential, do it without fear, but be aware that it’s not something that will come and find you. It’s something you must be willing to seek, and it takes a lot of hard work.

TrunkSpace: Where can people (and casting directors) learn more about you?
Celozzi: I have a website: www.presskit.to/christinecelozzi, and my IG (@christinecelozzi).