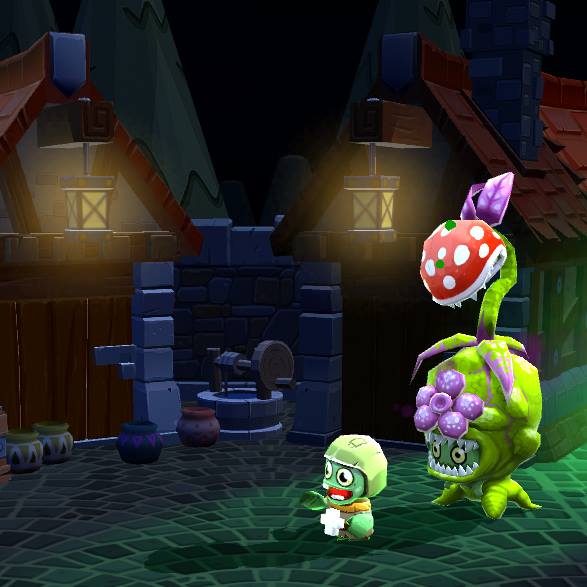 Why We’re Playing It: It’s that magical, pumpkin-spiced time of year where it’s perfectly acceptable to adorn your yard with body parts and random atrocities, so we’re plunging into the digital cobwebs of the app store to find you a game fit for a Pumpkin King. This time around “Zombie Rollerz” showed up on our trick or treat list and it’s easy to see why. They took pinball and zombie survival and somehow spliced the two genres together! What’s not to love?

What’s It’s All About?: You and a few select heroes are tasked with saving what’s left of the world from the cute little zombie monsters that are hungry for babies and villagers. A handy-dandy “Omnipedia” is there to guide you on your path and fill you in on how to play the game and use power-ups.

That’s Worth A Power-Up!: If you had told 10-year-old us that we would have a pinball machine in our house when we grew up, we would have flipped out… now, if you told 10-year-old us that pinball machine was going to be on a handheld device and feature zombies, we would have thought you were Marty Friggin-McFly! This game is so great, because it not only gives you the classic pinball vibe, they work in puzzle aspects and loads of survival moments that you could never achieve with a traditional pinball game.

Bonus Level: Bet you never thought you would have a “boss battle” in a pinball game! Well, no longer! “Zombie Rollerz” is breaking down gaming boundaries, and they aren’t shying away from the big battles with the big foes.