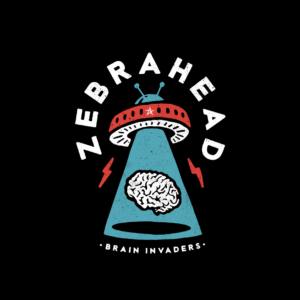 Just a week before dropping their creative baker’s dozen “Brain Invaders” on fans, Orange County’s zebrahead is also prepping for a spring tour that will take them to Australia, and while they’ve seen and experienced more than most of us could ever imagine in their over 20 years together, they are still finding new things to enjoy while out on the road.

“Anytime you think you have seen it all something new comes along and blows your mind,” says bass player Ben “Ozz” Osmundson.

“Brain Invaders,” their 13th album, will be released March 8 on MFZB Records.

We recently sat down with Ozz to discuss the band’s longevity, their mishmosh sound, and why they’re saying more lyrically with “Brain Invaders” than they have in previous albums.

TrunkSpace: You guys have been writing and performing together since the late ‘90s. Do you find yourselves still experiencing firsts as zebrahead, or do you think you have seen and experienced it all at this stage in your musical journey?
Ozz: Super happy to say we are experiencing new things every day on tour. Anytime you think you have seen it all something new comes along and blows your mind. The trick for us is to never just sit backstage and look at the walls – we always go outside, make some friends, see the sights and experience life.

TrunkSpace: We’re only about a week away from the release of your latest album, “Brain Invaders,” which happens to be number 13. Are you guys the superstitious sorts, and could you have ever imagined that you’d drop a baker’s dozen worth of albums on the world when you first started out?
Ozz: I think most of us are not superstitious at all. So, the number 13 just kind of makes me smile. And to be honest, I never thought we would last past two albums. We all quit our jobs 20 years 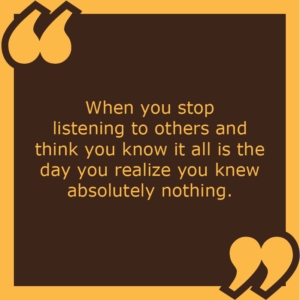 TrunkSpace: No one is closer to the music than you. When you listen back to those early records to where you guys are now with “Brain Invaders,” where do you hear the biggest difference in the music, and were those changes part of a plan or a natural progression?
Ozz: The biggest change I hear is the change in the speed of the songs. We recorded our first couple albums way, way, way too slow. We adjust them live to the speed we wish we recorded them, but I think it scares people sometimes. Also, the newer albums I would say are less funk influenced and more skate punk? But, at the end of the day were a mishmosh of different influences.

TrunkSpace: What are you most proud of with the album?
Ozz: Super happy we are now in the position where we can record the album, mix it, master it and distribute it completely on our own. We still have a record label in Japan, but outside Japan we do everything ourselves. We have been pushing in this direction for the past 10 years by taking more and more control of our own situation.

TrunkSpace: Are there things that you enjoyed 20 years ago with the band that you don’t necessarily have the same love for today? For example, is touring a different experience now? Does life alter your in-band POV?
Ozz: For me personally the touring thing is still amazing. You can drop me in the middle of Tokyo or Berlin or Paris and I know my way around. I am beyond lucky. Traveling gets exhausting and rough sometimes, but every travel day ends with a show, and the show always makes you forget all the crap it took to get there. 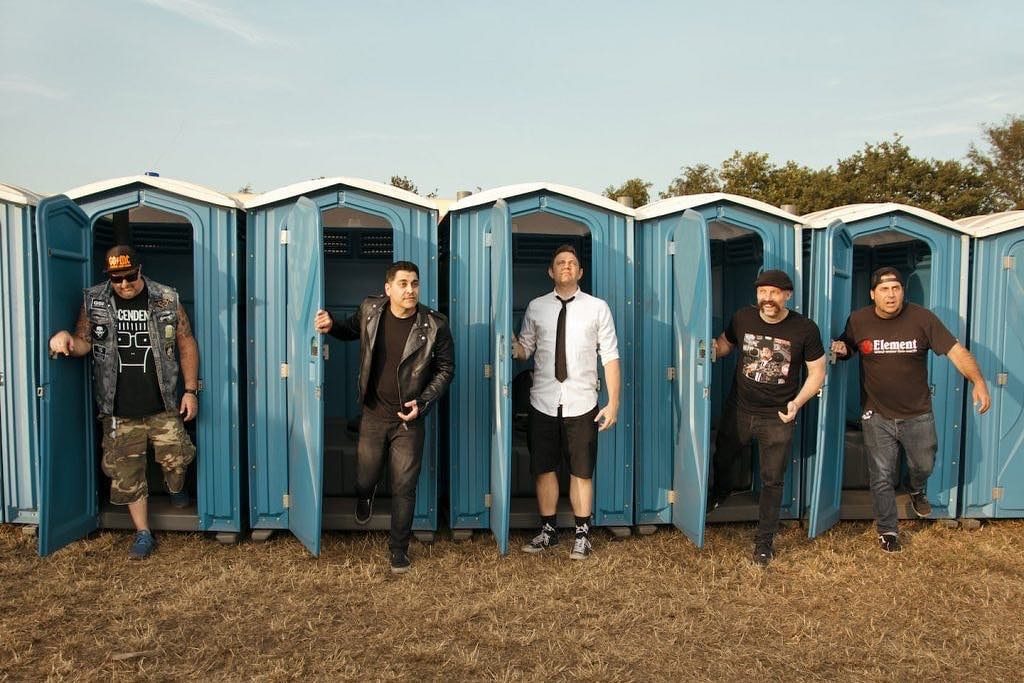 TrunkSpace: What do you get working in a band atmosphere that you wouldn’t be able to achieve as a solo artist? Does effort inspire effort in the process, and by that we mean, does one person’s eureka moment inspire the others?
Ozz: I don’t think I would ever want to do the solo thing. I really enjoy the collaboration when it comes to any art form. Looking at things from another person’s point of view is pretty valuable. When you stop listening to others and think you know it all is the day you realize you knew absolutely nothing.

TrunkSpace: You guys have been writing together for a long time now. Is there a creative kinship among the group where the process of creating new material is more of a well-oiled machine than it was 20 years ago?
Ozz: It’s always a mess. We email each other idea, jam out new ideas and sit around cracking jokes instead of working. I think if it was a perfect polished experience it wouldn’t work out the same. I personally like writing together the best. When someone plays something amazing you can see the reaction immediately on everybody’s face and that to me is the best.

TrunkSpace: In the writing itself – the lyrics – are you guys touching on topics that your younger selves would have never even thought to write about with earlier albums like “Waste of Mine” and “Playmate of the Year?” Have the albums become a bit like chapters of your lives where you see the music reflecting what is going on outside of the music itself?
Ozz: With the newest album I think we finally reached the point that we couldn’t ignore what was happening around us as much. We have always been the happy party band that wants to make you smile and forget the world, but the world has reached new limits these days and even your beer drinking buddies are getting fed up.

TrunkSpace: For you personally, what’s been the highlight of your career thus far?
Ozz: By far the highlight for me was getting nominated for a Grammy. We did a song with Lemmy from Motörhead and it got nominated for best metal performance years ago. At that moment I knew that we would never even come close to that moment. Hell, a Grammy nomination and sitting next to Lemmy, who we worked on the song with, it will never get better than that!

TrunkSpace: Time machine question. If you could jump ahead 10 years and get a glimpse of what your musical journey looks like a decade from now, would you take that journey? If not, why?
Ozz: I don’t think I would. The future scares the crap out of me.

Wait, I take that back! I would go look. Like I said earlier, every day I realize how dumb I was yesterday and it sure would be great to avoid and learn from all my ridiculous mistakes before the rest of the world sees them.