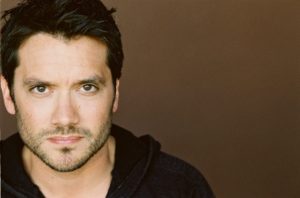 Chilling Out is where TrunkSpace talks all things horror and genre with those who work on the projects that give us the thrills and chills to keep coming back for more. This time out we’re chatting with Dominic Zamprogna, an actor who science fiction fans will recognize from his turn as Jammer in the series “Battlestar Galactica” and who soap opera fans will instantly know from his long-running starring role as Dante Falconeri in “General Hospital.” We sat down with Zamprogna to discuss the similarities between the two worlds and where they intersect in the grand scheme of pop culture.

TrunkSpace: You’ve worked in science fiction and of course, you’ve been starring in “General Hospital” for years. While the audiences are different it seems like they are also similar in terms of how devoted they are?
Zamprogna: Oh yeah. For sure! I didn’t even have a big role in “Battlestar Galactica.” I was on that show for like four seasons and I still, to this day, go around and get recognized almost as much as I do… probably even more than I do for “General Hospital.” That changes when you go to New York. When you go to New York there are some hardcore soap fans out there that resemble the tenacity of the sci-fi community.

TrunkSpace: Why do you think it’s that way with those genres and not, say, a major network drama series that pulls more viewers, but has less passionate ones?
Zamprogna: It’s funny because they have millions of more viewers. They’re just not as loud I guess. Soaps… I’ve been there almost eight years now on GH and it doesn’t feel like that. It’s gone by in the blink of an eye. I’ve had three kids in the meantime and, you know, when you’re working three to five days a week, your life just passes you by a little bit and you wake up and it’s like, “Damn, I’m kind of a veteran here.” Having said that, I don’t feel like I really know what makes people keep coming back every day. You meet people who have been watching since they were a kid and it’s like a ritual.

TrunkSpace: And it seems sort of like favorite soaps are passed on from generation to generation.
Zamprogna: Yeah. That’s what I think is very different about the sci-fi community. But, the soap thing… I think every kid came home and their parents were watching it. Or, as I did in the summer when I was 12 or 13, I spent the summer with my grandparents and I used to always think it was my grandmother who was the big soap fan and realized that summer that it was my grandfather who was the big soap fan. He was the one who was sitting in front of his chair every day at 12:30 getting ready to watch the show that was supposedly not his favorite show. There’s more of a surprise audience with the soap fans. You’ll be in a lineup doing autographs and all these guys will come up and start shaking your hand and be like, “I love you, man. Your character is so great.” And you’re like, “Oh wow, man. That’s really cool. What do you do?” And they’re like, “I’m a cop.” You’re a real life cop and you watch my show and you actually think I’m a cool character? That means the world to me. That’s awesome.

Obviously a lot of the soaps that were on when I first got to GH eight years ago have been taken off the air because of cost and networks wanting to try other options… like putting on daytime talk shows that cost half as much as it costs to produce a soap every day. And I think that worked in some markets and didn’t work in others, but it’s an interesting thing… these fans that were fans of shows that were canceled, they will come over to our show. It’s almost like sports. If your favorite player gets traded or you hate a guy who’s on another team but he finally comes over to your team, it’s like, “Oh, now I love that guy!” You don’t want to play against him but you love having him on your team. It’s kind of like that. We’ve had a bunch of soap actors come from other shows and these soaps that have remained have kind of stacked the deck in hopes of bringing over those fans. And they come. A lot of them have come.

TrunkSpace: It’s like creating the super group of soap actors.
Zamprogna: Yeah. It’s sort of gone that way. When you go from like eight or 10… I think there were even more at one point in the early 2000s or 90s… and when you pair it down to four, it’s kind of like four all-star teams or something like that.

TrunkSpace: Another way in which the two worlds seem similar is sort of the fantastical storytelling that the characters can find themselves wrapped up in. As an actor, what is the craziest story arc you’ve ever been involved with?
Zamprogna: There’s been so many! There’s like this evil family called the Cassadines and they have an evil matriarch of the family who has a vendetta against my wife’s family, who stole our embryo because we can’t have babies and my wife doesn’t have anymore eggs so we had to freeze her eggs and they stole our embryo and got some woman to drug some guy and got her pregnant. I mean, it’s crazy! (Laughter)

The best one to me was when I first got to the show. I was undercover and I was infiltrating the mob and when I went to arrest the guy, the head of the mob, I got shot. Of course I didn’t take backup or wear a vest that day… or bring a gun. (Laughter) And he shoots me and I wake up and find out that he’s my father. 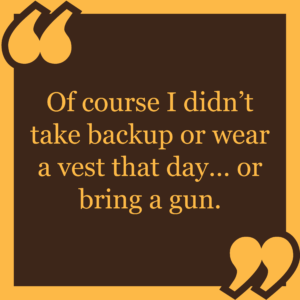 TrunkSpace: Both worlds, science fiction and soaps, help you escape the normalcy of life for a little while.
Zamprogna: Yeah. Reality is out the window.

TrunkSpace: You’ve appeared in some additional science fiction and genre shows, including “Stargate,” “Flash Gordon,” and “Smallville,” to name a few. These are all shows with history in terms of the worlds and characters in which they represent. As an actor, do you ever sit back and just kind of take that all in… the idea that you’ve had an imprint on these worlds, including “General Hospital?”
Zamprogna: I don’t know if I’ve ever thought about putting an imprint on them. I mean, the soap world is such a grand world in the fact that it’s been around for so long. GH has been on for 53 years. I kind of think I’m just a blip on the radar of that show. I’m not downplaying anything, but if I was Maurice Benard, the guy who plays Sonny, he’s been there almost 25 years. Or Luke and Laura… those are the people I think really put those shows on the map and I think they get to take all of the credit for that stuff.

TrunkSpace: You’ve been starring in “General Hospital” since 2009 and from what we can make out, you’ve appeared in nearly 1,000 episodes. There are every day acts that people have not done 1,000 times. What is that like having such a large body of work, especially in such a short period of time? It seems kind of breakneck.
Zamprogna: It is. I think that’s why it feels like it hasn’t taken that time. It feels like I’ve done, maybe, a third of that amount of episodes… or a quarter of that amount of episodes. We do so many in a day, that it doesn’t feel like we’re actually doing as much as we’re doing.

TrunkSpace: Multiple episodes in a day?
Zamprogna: Yeah. We do like an episode and a half a day. I think sometimes, depending on the schedule, we can do upwards of six episodes a week. And so, a week goes by in the time another show would not even get a whole episode done. So, when you sit back and look at it, it’s like, “Holy crap!”

TrunkSpace: When you do a show like “Supernatural,” which you appeared on years ago, that’s replaying every week in some syndicated format somewhere. And yet, you do a show like “General Hospital,” and it tends to air once and then disappear.
Zamprogna: Yeah, which sucks for residuals sake too. (Laughter) But, something like “Supernatural,” which I was in the first season of… and that’s turned into a giant hit show. And obviously that’s all because of the jump-start that I gave that show. (Laughter)

TrunkSpace: You sold your performance as a vampire!
Zamprogna: That’s right, man! (Laughter)

Zamprogna can be seen daily on ABC’s “General Hospital” and is currently in the process of developing a pair of projects of his own.