In the new digital series “Stories with Kev,” Woody McClain portrays Kevin Hart as he reenacts memorable stand up bits from the entertainer’s career, adding a new dimension of funny to Hart’s already-hilarious act. McClain self-produced a version of the show on his own in 2015, going viral with his take on Hart’s “Permission to Cuss,” which ultimately lead to a collaboration with HartBeat Digital, the comedian’s production company.

We recently sat down with McClain to discuss how he turned his hobby into a career, why he doesn’t feel any pressure playing Hart even with Hart involved, and where he’d like to be in 10 years.

TrunkSpace: This adventure that you’re currently on with “Stories with Kev” came from you sort of taking the bull by the horns and putting it all together, and the universe just running with it, right?
McClain: Yeah, that’s exactly what’s going on.

TrunkSpace: Was this ever part of the plan when you started putting together content and posting it online?
McClain: I mean, it all started with me just wanting to show my funny side. I’ve always been the quiet one. I came from a dancer’s background, so I just wanted to show my funny side. When Vine started, it was a perfect platform for me to do that, and it just got bigger and bigger after that.

TrunkSpace: At what point did it get so big that you realized it was going to be a game changer?
McClain: Man, I was just always doing it. I don’t think I ever thought it was gonna be a game changer. It was just more so of a hobby because dance was my number one thing. This was just, literally, a hobby for me. I like to bowl, so me going to the bowling alley is just an everyday thing I like to do. I don’t think nothing of it, but if I become the number one bowler in the state, it’s like, “Dang, I didn’t know that was gonna happen.” (Laughter)

TrunkSpace: So when you’re working on “Stories with Kev” now and Kevin’s actually involved, does that put any pressure on 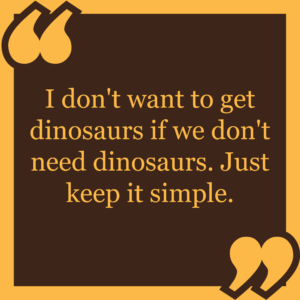 you in terms of your performance seeing you’re working with the person you’re portraying?
McClain: Oh, no. No pressure at all. Kevin made sure to let us know to keep doing what we’ve been doing. “Don’t change the formula. Just keep doing it how you’ve always been doing it.” That’s the same approach we brought to it. It’s real simple. I just take what’s in my head and we just put it on video. I don’t want to get dinosaurs if we don’t need dinosaurs. Just keep it simple.

TrunkSpace: You started this journey to show your funny side, but from a performance standpoint, you’re getting to show a lot of different sides in terms of what you’re capable of.
McClain: Yes, for sure. Social media has definitely helped mold the actor that I am becoming. I can always just record myself and then I can post it immediately and I can get a response immediately. People that don’t even know you across the world are going to tell you, “Yo, this is whack.” They’ll tell you that because they don’t have a personal connection to you. Or they’ll say, “Yo, this is really good.” So I just make sure I always apply that. I like to see what other people think and how they feel because the more I started learning how to act, I realized I really like to make people feel, more than anything. It’s never about money. It’s never about popularity. I just really love to make people feel. Whether they feel laughter, whether they feel sadness, I just really love to make people feel.

TrunkSpace: Can you talk a little bit about how the door opened for you to start working with Kevin?
McClain: I remember when I first saw the edit for the video. The director was like, “Man, I don’t know. How do you feel about it?” I was like, “Yo, this is golden.” I instantly knew this was the one. As soon as it posted, the next day I woke up and it had over 10 million views, and then I received a message from Wayne, Kevin Hart’s right-hand guy, saying that they wanted to meet and figure what we can do to work together. I went in and met with Kevin, this was 2015, and they said how much they loved the work and to keep doing it and we’ll eventually be able to link up and do something bigger on a bigger platform. That’s how that all happened. 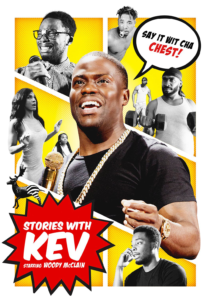 TrunkSpace: Isn’t that crazy though? You wake up, you have 10 million hits, and that’s more than networks are pulling on shows with massive budgets.
McClain: Crazy. Crazy. Everything is going digital now.

TrunkSpace: Now that you’re working in that more traditional media market as well, is it a thin line to walk… moving your career forward but not alienating the fan base you built in the digital space?
McClain: Yes, for sure. My first thing was, “I’m going to just do traditional and I’m never going to do social media again.” But I felt like I was robbing my fans that were there with me from the beginning. I was robbing them by not creating content that I was doing before, so I don’t do it as much now, but I still do it.

TrunkSpace: So what’s the ultimate goal? If we flashed forward 10 years, what kind of entertainer do you want to be?
McClain: I just really love to tell people a story. Even when I got a chance to do “The New Edition Story” as Bobby Brown, it wasn’t just a role. For me, it was telling that person’s truth. I want people to see how other people live, and my thing is, as an actor, I want to be able to tell more true stories. I just want to help push my culture forward.

In 10 years I want to be… producing is what I really love. I love creating. I love producing. That’s my number one thing. I have ideas for days, and right now it’s just that I need to get it out. For me, it’s linking with not only people that are popping, who are super popular now, but I want to link with people that are up and coming – people that are super dope that don’t get that opportunity. There are a lot of people out there like that. I come from that background, so I already know how it feels. I’m looking to network across the board, not just network up.