Bresha Webb may not have set out to be funny, but fate has put her in the crosshairs of our laughter. Naturally affable and gifted with impeccable timing, the Maryland native began her comedic journey with the series “Love That Girl!” before starring in the NBC sitcom “Truth Be Told” and the feature film “Ride Along 2.” Most recently she has been going toe-to-funny-toe with Marlon Wayans on the series “Marlon,” which concluded its first season on NBC earlier this week.

We recently sat down with Webb to discuss her career trajectory, to find out what inspires her, and to learn how her creativity is a product of her parents’ own creative endeavors.

TrunkSpace: You have established yourself pretty firmly in the comedy space, but was that always part of the plan, or did your career venture in that direction by circumstance?
Webb: I guess it happened by circumstance. I was mostly a dramatic actress. The opportunity came about to do comedy on TV with the really crazy, sassy character Imunique on “Love That Girl!” with Martin Lawrence, who was executive producing, and Bentley Kyle Evans, who produced and wrote and helped create the “Martin” show. And so of course, going into that, I’m a goofy person naturally, I had never really done comedy outside of school plays and things like that, but I went in and gave it a shot. That kind of thrust me into comedy and then from there I started doing a lot. I became the comedy girl.

I like standup. I think it’s cool. I really respect everybody that goes and does it because it’s very hard. I participated in the Def Comedy Jam 25 special, celebrating their 25 years, on Netflix. It was awesome to be invited and to be thought of as a comedian and a comedic actress seeing how I started my career as a dramatic actress.

TrunkSpace: Standup seems like one of the purest forms of entertaining because it’s just you and your material up there 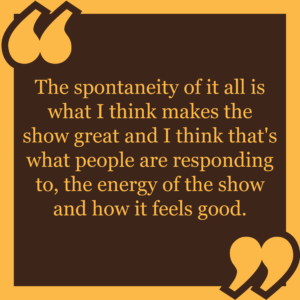 in a spotlight doing your thing.
Webb: Yeah, it’s a lot of pressure when you take time off and you’re not on. It’s really intimidating, but it keeps you honest.

TrunkSpace: So as that comedic journey has moved forward and taken on a life of its own, how do you keep your dramatic roots happy?
Webb: Well, I still go back and forth. I did a really big arc on “Grey’s Anatomy” two years ago and that got people reintroduced to my dramatic work. I just finished a movie and that’s a dramatic role. I like to do everything. I don’t like to label myself, or say I’m a comedic actress. I like the idea of being a character actress, but I like working. If I have a fondness for a character, I want to do it.

TrunkSpace: Creative brains need diversity in their work because it allows you to tap into different aspects of creativity itself.
Webb: Absolutely. I think in order to stay fresh and stay honest to your creativity, you have to do whatever inspires you.

TrunkSpace: From a performance standpoint, when you’re doing comedy, does it help to keep your own day light? By that we mean, when you do heavy material, does it come home with you more than comedy?
Webb: Well, you could do comedy with some really awful people, so you can bring that energy home. Or there is some drama where you work with a cast and it’s comedic the whole way through. When I was on “Grey’s Anatomy” we were cracking jokes and singing show tunes. On “ER” I worked with Nasim Pedrad. She was a nurse on “ER” at the same time I was on the show as a doctor and we would always crack jokes. She was the main person that was like, “Bresha, you need to get into comedy and start doing standup because you’re hysterical.” I would put people in stitches. So even though we were dealing with a lot of dramatic issues and being dramatic all day, when they’d call cut it was so much fun. I think the environment on set makes it great. 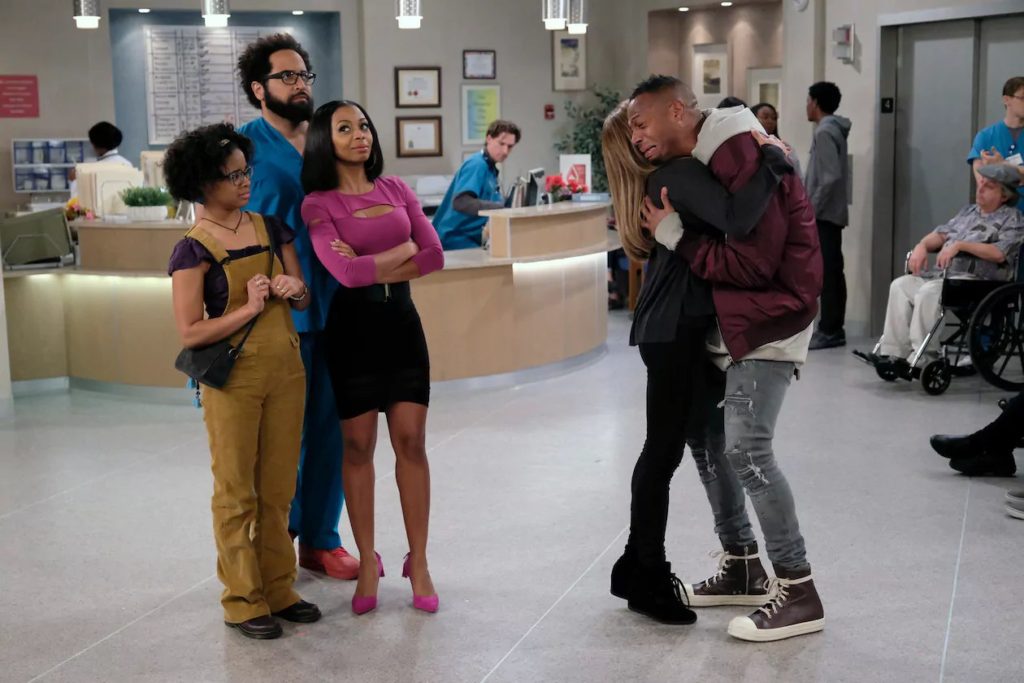 TrunkSpace: Your show “Marlon” is a traditional sitcom in terms of how it is presented, but Marlon Wayans obviously comes from a sketch/improv background. Is there a lot of freedom on set to veer from the scripts and play with the material you’re provided with?
Webb: Oh my god, it’s so much fun! We have too much fun actually. It doesn’t feel like work, ever. (Laughter) He’s always pushing us to push the envelope and to be funny. He urges us to write. He urges us in rehearsal to really give it a shot. In front of the live studio audience, he wants us to push it as much as possible, you know, if we have any punchlines or anything. He wants us to be the best.

Sometimes things are on the page and sometimes it comes out of the moment. The spontaneity of it all is what I think makes the show great and I think that’s what people are responding to, the energy of the show and how it feels good. It’s also very surprising when you get a really good punchline you weren’t really expecting. We bust each other’s asses all day on set and during a scene. We’re always trying to hold back laughter because Marlon will say something or do something that’s not scripted or we’re not expecting, so there’s a moment to either react to it or just say something that can bust his ass too. 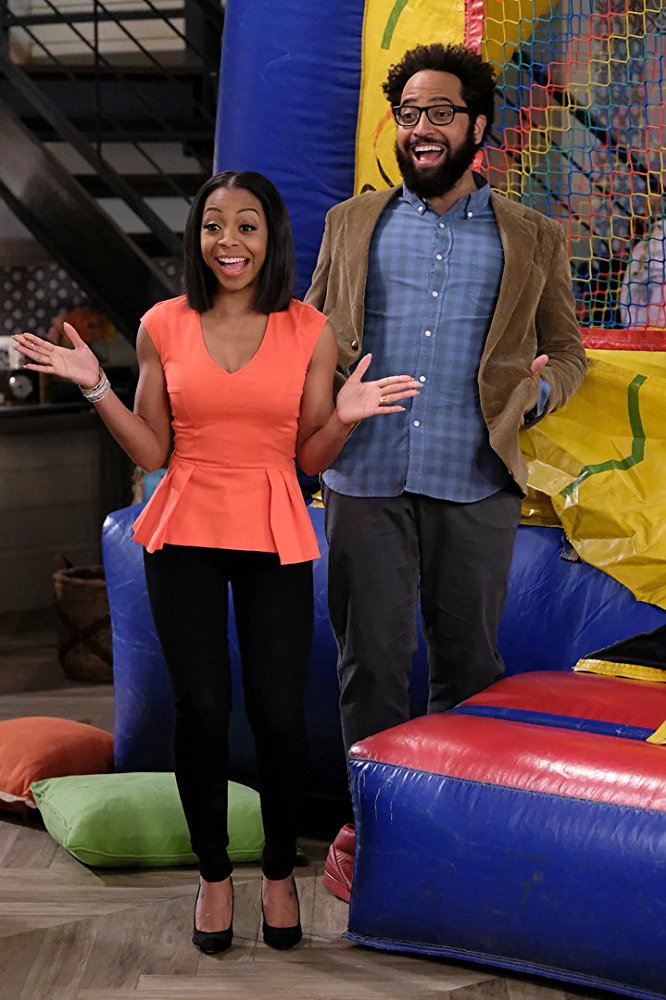 TrunkSpace: We read that you had creative parents. Was their creative influence a factor in you pursuing acting as a career?
Webb: Absolutely. My mom was a classically trained dancer and my dad is a singer and so that’s why I came out the way that I did. They knew that I wanted to do it all. They thought that I was going to do musical theater, and I still have hopes of doing that, doing Broadway. I was always that crazy kid that wants to make people laugh and entertain, so they knew that they had something to do with that. I was raised in the church, so I was a part of everything. If I could hold people’s attention, I would do it.

They knew I wanted to do something, so it wasn’t a surprise that I went to college for acting. They expected it. They knew I was good at it and that they had a lot to do with it.

TrunkSpace: You mentioned studying acting in school. Did the education follow you as you started working? Did you learn things on set that you could never have picked up in a classroom?
Webb: Absolutely. College was great… besides helping me convince my parents that I needed to be in LA. (Laughter) I went to California Institute of the Arts, which is Valencia, about 30 miles away from LA. I had a plan. My dad said I couldn’t go to California or be an actor without a degree. (Laughter)

I’m from a theater background, so it’s very avant garde. It’s not very geared towards television and film. I learned some things, but you cannot learn a lot. You cannot expect to learn everything in school. You have to do it. Being on set, I didn’t know what a martini shot was. I didn’t know what any of that stuff was and people thought it was hilarious that I didn’t. People found it funny and were like, “Well, we like working with Bresha because she doesn’t have an ego” and then that worked in my favor.

TrunkSpace: As you look back over your career, are there any characters who you wished you got to spend more time with and see developed out further?
Webb: I wish I had more time to develop Angie from “Truth Be Told,” my last show on NBC with Mark-Paul Gosselaar, Tone Bell, and Vanessa Lachey. We were having conversations that, I think, could really help America right now. It was a comedy, but it was also dealing in a life space where people need to have conversations about race and politics and things like that. That was what the show was created to do, tell our truths.

You can watch season 1 of “Marlon” at NBC.com or on Hulu.