Lisa Vidal has been making television more interesting since she began her career in the 1980s. Starring in a wide variety of series from “Third Watch” to “ER” and everything network and cable in between, the New York native boasts a resume that most actors would fight tooth and nail for. The versatile actress has seen the industry go through many changes over the years, and while she believes there’s still more work to be done, she is proud to be a part of the revolution happening in the world of entertainment where strong women characters are being presented and represented.

Strong woman character case in point, Vidal is returning as Kara Lynch in the latest season of “Being Mary Jane,” set to premiere July 18 on BET.

We recently sat down with Vidal to discuss how long it takes to find a character, what characters she wishes she had more time with, and how she’s using her recent breast cancer diagnosis to educate others on the importance of early detection.

TrunkSpace: We know you’ve been playing Kara on “Being Mary Jane” for some 40 plus episodes now and you’ve had some long runs with characters on other shows as well. As a show progresses and the writers continue to develop characters, how long does it take you before you feel like you know the character completely?
Vidal: I would say the first season. Within, I would say, maybe the first six episodes. You’re sort of really trying to create a dynamic with the character and find different characteristics and habits and things you’d like to explore. You start to play with that kind of stuff, and then you start finding your footing. Later on in the season, you really sort of start to get a grasp on who the character is and how the writers are shaping the character. And the writers also kind of go by what your strengths are and what you bring to a character in a scene. Everyone’s gonna play that differently, whoever it is. So they sort of play on the strengths of the actor as well, so that takes a little bit of time.

TrunkSpace: Does it ever sort of feel like, especially with the early performance choices you may make with a character in those first few episodes, a bit like a relationship where the longer you go, there’s some things you wish you could change about that person? Do you ever wish you could go back and maybe make different choices?
Vidal: As you play a character for such a long time, you like to explore new things. You like to explore, “Well, what if this character was in this situation? How would she handle that? Or how would he handle that?” That’s the fun about playing a character for so long, that you get to explore all that kind of stuff and you get to be more creative, because you know the direction that the writers have taken the character and then you’ve already developed the opinions of the character and what everyone else has to say about the character. You get to do all that kind of stuff. That’s why it’s fun when you get to play it for so long, because you can do that. You don’t have to worry about going back. You can sort of move forward and create new experiences for the character.

TrunkSpace: With that being said, is there a character that you wish you had some more time to spend with, whether it was a show that was canceled before its time or even a guest spot 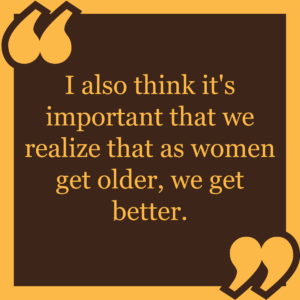 where you played somebody that was really interesting?
Vidal: Yeah. I loved the character I played in “Third Watch.” I would have played that character forever. I also just recently played a character on “Rosewood” that was a lot of fun, and I would really have liked to have had the opportunity to go even deeper with that character because even though she was very much an outside, big personality, she had a lot of depth and pain. And they explored that a little bit, but it would have been fun to be able to explore that a little more, but unfortunately “Rosewood” got canceled.

TrunkSpace: It does seem like a really interesting time to be an actor because you mentioned “Rosewood” and that was a show that you were doing at the same time as “Being Mary Jane.” The industry didn’t always work that way where you could do two series on two different networks at once, right?
Vidal: No. I got lucky because I got to do it during hiatus time, but I do think that the industry has become so much better so that actors can explore other opportunities, especially because they don’t shoot as many episodes anymore on shows, so they kind of get an opportunity to explore other jobs while they’re off and in downtime. When I started out, you got picked up and it was automatically a 22 episode pick up, so you didn’t have time to shoot anything else, but nowadays it’s so different. Some shows are just six episodes. That’s just how it is now.

TrunkSpace: That must keep actors happy because you’re able to explore other avenues of creativity as opposed to just focusing on one?
Vidal: Absolutely, and you have to keep actors working.

TrunkSpace: “Being Mary Jane” features a lot of strong women characters. Has television come a long way in terms of how it represents women since you first started your career?
Vidal: I think it’s come a long way. I think we have even longer to go as far as the diversity of women and the different roles we play, just generally, in life. But I do think it has come a long way, and especially with the character I play on “Being Mary Jane,” I really had the opportunity to explore so many different parts of Kara. And she’s not one-dimensional, and none of us are, which is really fun when you get to do that on a show and they actually write that for you to play.

TrunkSpace: So in terms of the industry still having further to go, is a big part of that getting more women in the writers’ rooms, developing shows, and just sort of spearheading more of the creative?
Vidal: I think so. I think that’s part of it. I also think it’s important that we realize that as women get older, we get better. And actually when you think about the really successful shows that have female leads, they’re all older characters and they’re just richer characters. You know, you’ve lived more life, and there’s a lot more to write about. It’s not just the naivete, or the innocent 22-year-old or 25-year-old. It’s much more interesting when someone has lived more life and I think that that needs to be explored more and it also has to be explored in a diversified manner, representing the real world and what it looks like. I think that would be so much more interesting and I think that audiences are ready to see that.

TrunkSpace: With comedy, the end product is fun (or meant to be fun), but sometimes it doesn’t always hit that beat. Is comedy difficult from a performance standpoint in terms of going into those scenes and finding the right beats and the timing?
Vidal: Well, I wouldn’t say that it’s difficult. When you enjoy what you do so much, like acting, it’s fun. It’s fun to find the moments and that’s what’s great about rehearsal. That’s what’s great about having a great scene partner to work with, that you get to find that as an actor. You don’t have to have the perfected version of it the very first time. You kind of get to explore, “Well, gee, how would my character move in this room? What would she do with her hands?” Or, “What is she thinking about in this moment that would prompt an action?” There’s all kinds of fun stuff to try to explore when you’re doing a scene. “Is this gonna be funny? Can we make this a funny moment? Or is this a really sort of dark moment?” That’s the fun of acting and really creating a strong character, that you get to explore all those dimensions within a scene and you kind of get to have different colors going on in the scene.

TrunkSpace: You received a breast cancer diagnosis last year and have since been using your platform as an advocate for early detection.
Vidal: Yes, which I feel really lucky to be able to do. I feel like, “Well, I have this platform, and this happened to me, and let me share it.”

TrunkSpace: In opening yourself up to people and discussing your own experience, have the stories come back to you from people who have also had similar experiences, and in doing so, helped both you and them get through such a personal life moment?
Vidal: Oh, yeah. It’s actually been amazing, and people are just so ready to talk, especially when they feel like, “Wow, this happened to this person. This person’s just as human as I am, and this is what they felt,” or, “I’m so scared. I don’t want to go, and I don’t want to get checked, but this person did it and they’re fine, and they’re doing well, and they found it early and that saved their life, so that’s what I need to be focused on.” So being able to create conversation, and also encourage others to be proactive about their health, especially women, especially minority women, who unfortunately there’s a higher rate of just not having mammograms, or sonograms, or ultrasounds, or any of that… it’s important to me that I can share my experience with them so that they are more encouraged, and more comfortable to talk about those things. I received so many questions from people when I opened up about my diagnosis ranging from “is critical illness insurance worth it?” to “what are the best ways to detect it?” — I’m in no way a doctor but it was nice to be able to answer some of the questions or relate to people’s stories. It shouldn’t be a dark secret. It shouldn’t be something where you allow fear to control you, whereas then you just become inactive and you’re not proactive about your health, and that’s the biggest mistake.

TrunkSpace: Unfortunately, it seems like a lot of times, too, that cancer becomes sort of a dirty word that people don’t want to talk about and when they do, they realize, “Wow, it really has touched everybody is some way, shape, or form.”
Vidal: That’s right. And you know, I understand. I get it, because it’s scary. It’s a scary thing to talk about and you just want it to be far away from you, but when it happens, it happens. My learning from it is that I was grateful that I was going for my mammograms and ultrasounds, even though I was scared because it runs in my family. But it’s something you have to do, because the fear will overwhelm you, and then you won’t know and then it’s too late. You don’t want to do that.

TrunkSpace: Well, and there’s also the other side of it, too, where a person fears going, and then they don’t go, and then they are fearful that they didn’t go.
Vidal: That’s right.