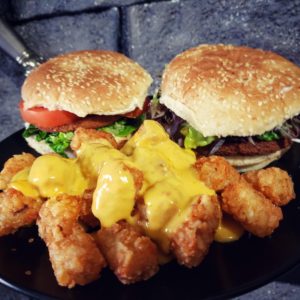 TrunkSpace: Which came first, your love of metal or your love of vegan cuisine?
Chef: Well, I have been into metal from about first grade-ish, and started being vegan toward the end of my first year of college, around 2000… so metal came first, I suppose.

TrunkSpace: For those metal/vegan-heads out that there that may not be familiar with your work, how would you describe your fusion of metal meets vegan?
Chef : It is a musical cooking show where I write the soundtrack to each episode and the lyrics to the songs are recipes and what is going on. It takes place in a dungeon-like kitchen.

TrunkSpace: What style of cuisine do you enjoy creating the most and why? And what would you consider your signature dish?
Chef: There is no one cuisine I enjoy most. Anything done to a really high taste level is my favorite at the time. I would not say I have a signature dish. I make a lot of veganized basics from many cultures.

TrunkSpace: It’s been said that food is the gateway into a culture, that it identifies a history, family and a region. In your case you have combined the culinary arts with the musical arts. What do you feel your food says about your culture and history? 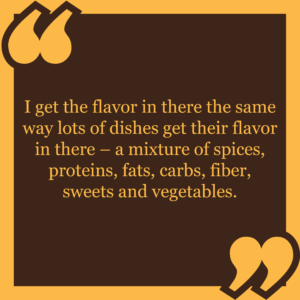 Chef: I think those things may have been true in the past with only certain ingredients and spices available in a region. But with pretty much most ingredients and spices available to most people in most even medium size cities, those notions might be outdated. I personally do not feel affiliated with any history/ancestry. I guess I am some mixture of Polish and Russian, but any traditions were lost long ago in my family. My food says more about the future of a vegan world than a history. I guess Tampa, where I grew up, has a history of metal. I think it is because the place itself is so mediocre. Everyone is a little bit pissed there.

TrunkSpace: Some folks hear “vegan” and think it’s all flax seed and nutritional yeast. While those have their place, what would you tell the skeptic, non-vegan believers out there to help them understand what eating plant-based really means? How do you get flavor and variety into your cuisine?
Chef: Really the best way is to watch a few videos and see what inspires you. I get the flavor in there the same way lots of dishes get their flavor in there – a mixture of spices, proteins, fats, carbs, fiber, sweets and vegetables. I get the variety in there by making a little bit from many cultures. There are many ancient and modern vegan meats one can make or buy for very familiar flavors.

TrunkSpace: It can be particularly difficult to find vegan options when traveling or on tour in your case. What are your tips of helping forage decent vegan eats while on the road?
Chef: (Laughter) Just open your eyes (and maybe your phone). They are there all around you, even if it takes one ounce of thought instead of none. Fairly easy to find vegan options each and everywhere I have been.

TrunkSpace: We’re whacky about Halloween here at TrunkSpace, we’re guessing you are as well. What does a vegan metal chef hand out to trick or treaters?
Chef: I typically don’t live where many children are. Let’s be stereotypical though – I give them a raw Brussels sprout. 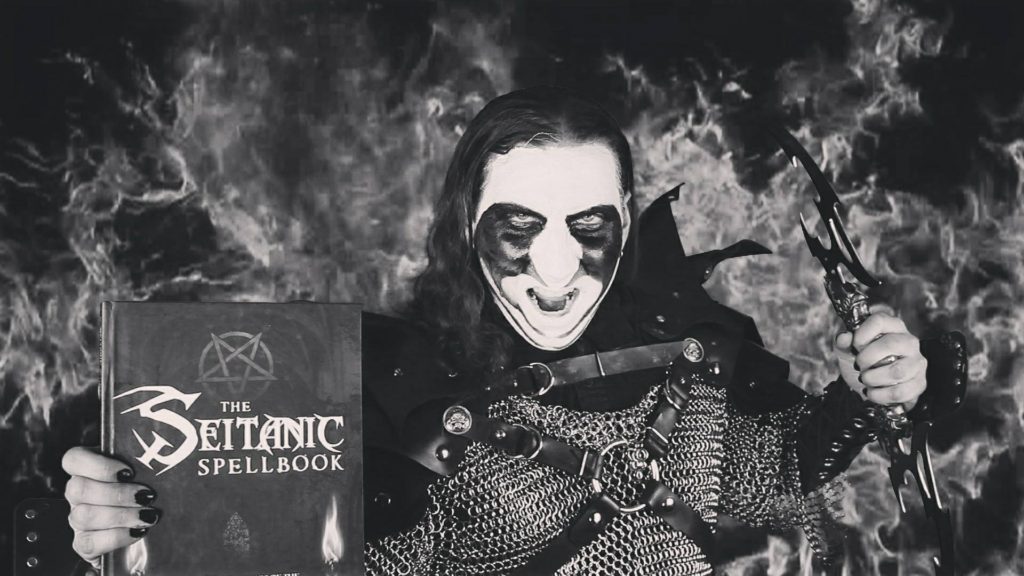 TrunkSpace: With the advancement of technology, a lot has changed in the food industry. Growing up, we don’t remember ever seeing vegan cheeses, hot dogs or even some of the produce that is available now in grocery stores currently. How do you think this has changed over time and what do you think is next in the future of plant-based diets?
Chef: It has changed in a huge way over time. Only in one direction though. The direction is always that the plant-based movement is always growing. Never shrinking. What is next in the future, is more. More of everything.

TrunkSpace: What do you find the biggest reward is for maintaining a vegan lifestyle?
Chef: The fact that hopefully the world sucks a little less and some animals were left alone that day.

TrunkSpace: What do you feel like the biggest challenge in eating a balanced vegan diet?
Chef: The biggest challenge is not finding amazing foods is the social conditioning of your friends, family and people around you. No one does complex math when they wake up to “figure out” how to get a balanced diet. You just eat. Also, don’t disguise an eating disorder as being vegan by only eating a small amount of salad in a day. You still must get enough calories.

TrunkSpace: For those home cooks out there or perhaps the aspiring chefs, if you could give them one tip, what would it be?
Chef: Experiment.

TrunkSpace: If the Monopoly guy showed up with a blank check one day and asked you to create your own Vegan restaurant, what would that look like?
Chef: It would be called “All the Things,” because that is what vegans always want to try. It would have a variety of different dishes, and you would get a bit of all or several of them.