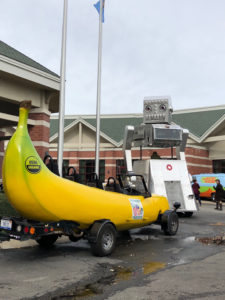 Rated: Good for ALL ages, especially the kiddos.

The Reason We Went: The Midwest used to be a barren desert for comic conventions, let alone pop culture cons, but that has been changing recently. The demand for pop culture fandom is very strong in the Midwest, and that need was not being met, until… the Tulsa Pop Culture Expo came along! While Tulsa does host a Wizard World comic con on occasion and an anime con, this is the first show to represent all things pop culture under one roof and they work very hard to make this an all-ages family event that everyone can enjoy.

What We Thought: This was our first visit to this convention, so we weren’t sure what to expect. Would people turn out? They definitely did! On Saturday, cars were parked in the grass, on curbs – basically, anywhere there was available space. Like a kid’s first trip to Disneyland, we lit up when we saw a giant metal robot staring down at an oversized drivable banana. We knew we were in for a fun time right out of the gates.

Even though two celebrity guests had to cancel last minute, Tulsa Pop stepped up and immediately booked Brandon Routh, Superman to some, and Katie Cassidy, one of the lead actresses from the hit CW show “Arrow.”

There are a variety of trade show displays and booths on the con floor ranged from comic book artists to pop culture soaps to action figures. Having this diversity at a con is refreshing because each booth was so different. You’re not walking an aisle looking at 20 booths of T-shirts.

Show Highlight: The kid section of this event was something to behold. Young, aspiring wizards could get sorted into their Hogwarts House and decorate a wand, as well as receive an acceptance letter to the wizarding school. They also had loads of retro arcade video games and cutting-edge VR games available at all times, for everyone to enjoy. There was even a children’s cosplay contest that boasted a Deathstroke and Harley Quinn that could rival any of the adult costumes. 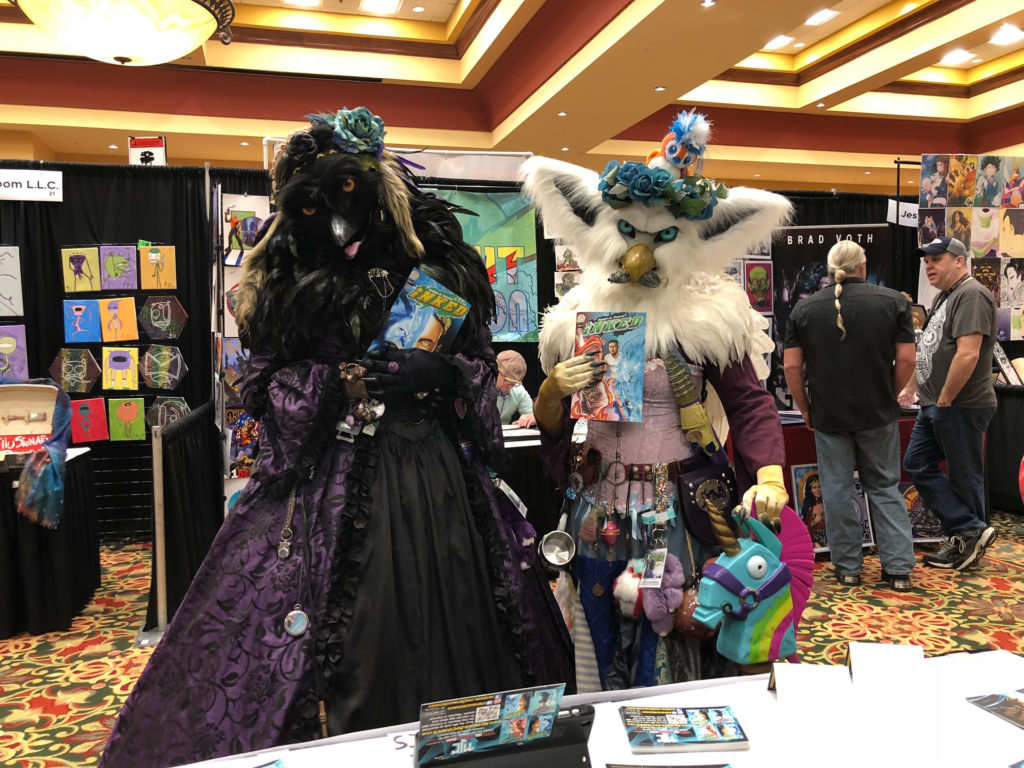 Closing Thoughts: Word on the con floors is that this event was even bigger and better than last year and that they are already planning 2019’s Tulsa Pop Culture Con. After the pleasant experience we had at this convention, which had more of a sense of community rather than a bunch of clamoring fan boys, we will definitely be back, perhaps with a booth of our own!