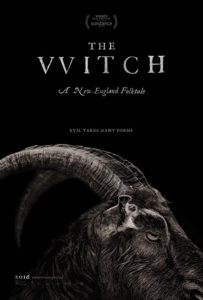 Trunktober Approved Because: Filled with visuals that are both beautiful and disturbing, this period piece tells the tale of a family from the 1600s, ousted from their settlement and forced to make due on their own in the New England wilderness. If the elements they’re facing weren’t bad enough, there’s also something lurking in those woods, and as these things tend to do in horror movies, it has set its sights on the settlers.

Biggest Scare: There’s a lot to make you squirm, but Black Phillip’s voice… delivering commands off-camera… it’s enough to make you swear off petting zoos forever. GOAT GO IN THERE!