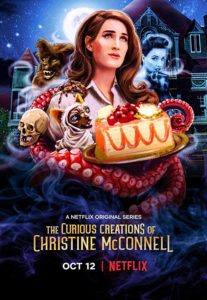 Directed By: Not Listed

Trunktober Approved Because: Part Food Network and part twisted “Fraggle Rock,” this is a series so quirky and unusual, it’s hard to imagine such a thing could even get greenlit, but we’re thankful it did. Imagine it this way… If Lydia Deetz from “Beetlejuice” created a show based on the writings of “The Handbook for the Recently Deceased,” and in doing so, became the Martha Stewart of the afterlife, this is what the show would look like.

Biggest Scare: This isn’t a scary show, but the elaborate curious creations that Christine cooks up in the kitchen are terrifying, mostly because we know our versions could never come close to looking as amazing.