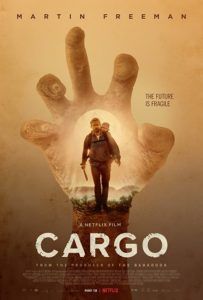 Trunktober Approved Because: We were leery of this film at first. We didn’t want to dig it, even though we love Martin Freeman in almost everything he’s in. Like bread left in the toaster too long, we are thoroughly burnt… when it comes to anything zombie-related. But then something incredible happened. Howling and Ramke make a zombie movie that isn’t about zombies. Sure, they’re there, heads in the sand, but really this is a film about family, desperation, and the most nerve-racking ticking clock we’ve experienced for some time.

Biggest Scare: For parents, especially those with little ones, the biggest scare is the premise itself because it makes you wonder what you would do if placed in the same exact situation. If you were in a zombie apocalypse, and you had been bitten, how far would you go to make sure your child was safe before you turned into the living dead and tried to eat them? Seriously, it’s scarring!