Tremors: A Cold Day In Hell 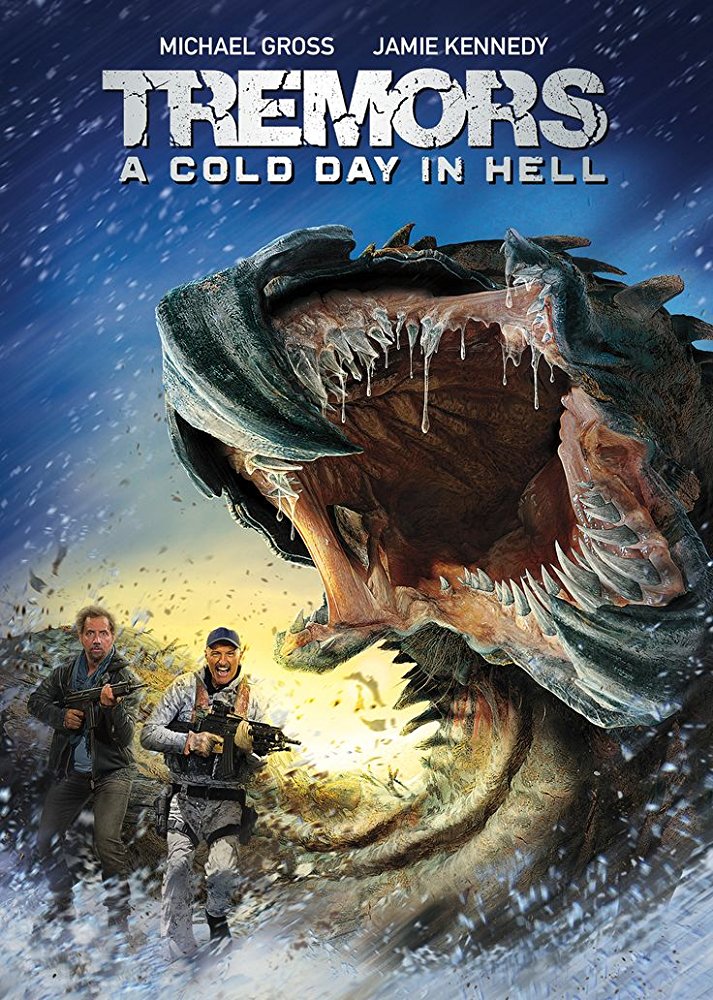 Reason We’re Watching It: Our love for the “Tremors” franchise goes WAY back to the Kevin Bacon days. Michael Gross has been along for the ride since the original movie, portraying his gun-toting, tax-hating character, Burt Gummer. You have to love his take-no-crap persona in the fight against the Graboids and Ass Blasters. Jamie Kennedy was added to the cast in “Tremors 5: Bloodline” as Burt’s son, Travis. The two have very different styles that make for a comedic buddy duo worth watching. You know that you’re going to laugh, cringe and cheer when you put on a “Tremors” flick, and as such, “A Cold Day in Hell” does not disappoint.

What It’s About: Burt and Travis set out on an arctic quest to battle a new outbreak of Graboids and Ass Blasters. When Burt is sidelined by Graboid venom, Travis has to step up to the plate and take charge to help save his dad by extracting venom from a live Graboid. If you’ve ever seen a “Tremors” movie, you know that this is an impossible task. One-liners, viscera and bullets ensue in this chilling addition to the franchise.

Whoah! Rewind That!: Every fight scene in this film is worth watching a few times, but the scene that graboided us by the seat of our movie-going pants was when Travis had to dive headfirst into a Graboid to try and milk venom from the monstrous grub.

Watercooler-Worthy Tidbit: Want more “Tremors” insight to share with your Graboid-loving friends? Check out our exclusive interview with Gross here!